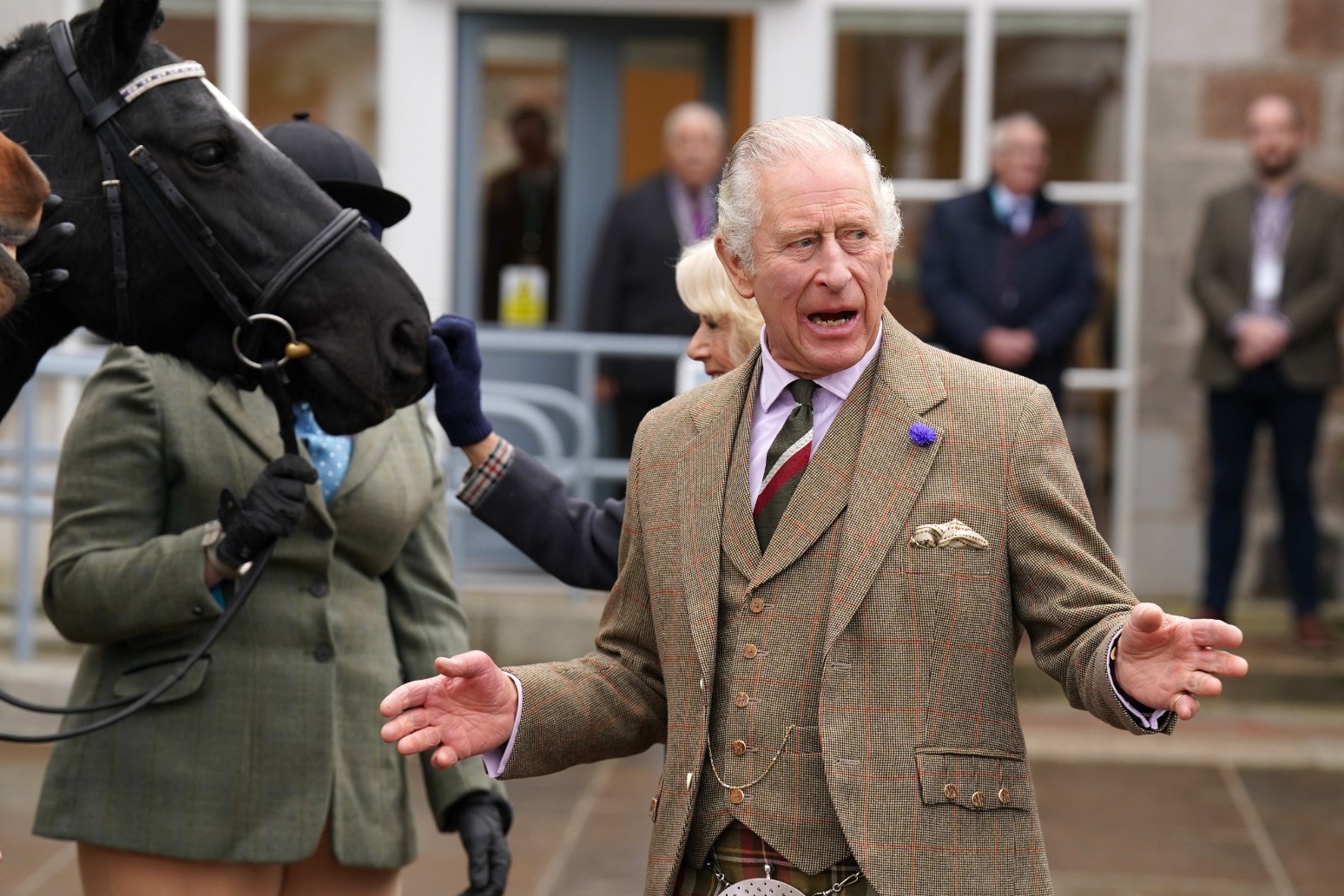 One of the late Queen’s ushers said the new King is carrying on with her “great tradition” as Charles thanked the people of Aberdeenshire for helping to honour his late mother.

The King and Queen Consort were welcomed at the Victoria and Albert Halls in Ballater on Tuesday, near the Scottish home of the royal family, where they attended a reception to thank the community for their organisation and support following the death of Elizabeth II.

Michael Adie, who was an usher at the Queen’s wedding when he was just 17, was one of those in attendance and said of Charles: “He’s carrying on a great tradition of his mother. She was wonderful.”

The former Bishop of Guildford added: “She put everybody at their ease and treated them as a normal human being. He is doing the same thing.”

The 92-year-old, who lives in Ballater, had brought the baton he was given and a book featuring the order of service and pictures from the day to show the Royal couple.

Kate Allum, his daughter, said: “Unbelievably, it has a copy of the marriage certificate, and the funniest part is there is also a copy of the notes of what went well and what didn’t go well.

“There are some very funny quotes in here but the best one is, ‘the inevitably irresistible tendency to gossip’.”

At the reception at the village’s Victoria and Albert Halls, the King and Queen Consort arrived to the sounds of pipe major James Cooper and the cheers of the crowd who had gathered to catch a glimpse of the pair.

Before going into the hall to meet local council workers, emergency service staff, civic leaders and others who helped in Queen Elizabeth’s final journey from her beloved Balmoral estate, the King met with those who lined the cortege route in Aberdeenshire.

They included horses and the riders and the farmers who lined up their tractors in tribute to the late monarch at Banchory.

Roddy Blackhill, 54, said: “They were really easy to talk to and down to earth and were interested in what was happening on the farm and how harvest went.”

The farmer, who was there with Keith Mitchell, 46, added the idea to form the tribute as the Queen made her way to Edinburgh was made quickly and, after a few phone calls, everything fell into place.

Charles and Camilla made an impromptu walkabout, meeting locals from the village, much to the delight of well wishers.

Kate Fraser, 31, and her eight-month-old son, Liam, were among those who met the royals before they went into the hall.

“We are from Ballater so we see him quite a lot,” said the mother-of-three. “My husband does his fencing work, so it’s quite nice to say I have met him too now.”

Inside the hall, the King and Queen Consort spent about an hour speaking to guests and were presented with a stained glass from Aberdeenshire lieutenancy commissioned to celebrate the Queen’s Platinum Jubilee.

Robin Phillips, a guest in the hall and the chairman of the Royal British Legion in the area, said it was a “great honour” to be involved in the arrangements for the late Queen’s procession.

And 77-year-old Alistair Cassie said it was a “very nice” to see the King meet those who supported him after the death of his mother.

Shannon Mitchell, 27, was there with her son, Caleb, and also spoke to the King and Queen Consort on their impromptu walk about.

Local schoolchildren also had the chance to meet the new King and his wife, with Brodie Wynne, six, and Annie Hutchon, seven, representing Crathie School.

Brodie said he spoke to Camilla about his dogs and ferrets, and said she told him her dog liked to chase deer.

As the royal couple left, to the sound of cheers and a pipe band, the pair handed Camilla a bouquet of flowers, and the seven-year-old said she was “really happy”.

When the Queen died, headteacher Lilian Field said, the school became an operations centre and children had to temporarily move to Ballater School.

“It means a lot because we feel everyone at Aberdeenshire council did a wonderful job at the time and it’s always nice to say thank you,” the headteacher said, who added that in years gone by children would have been waving the Queen off as she left her estate for London.