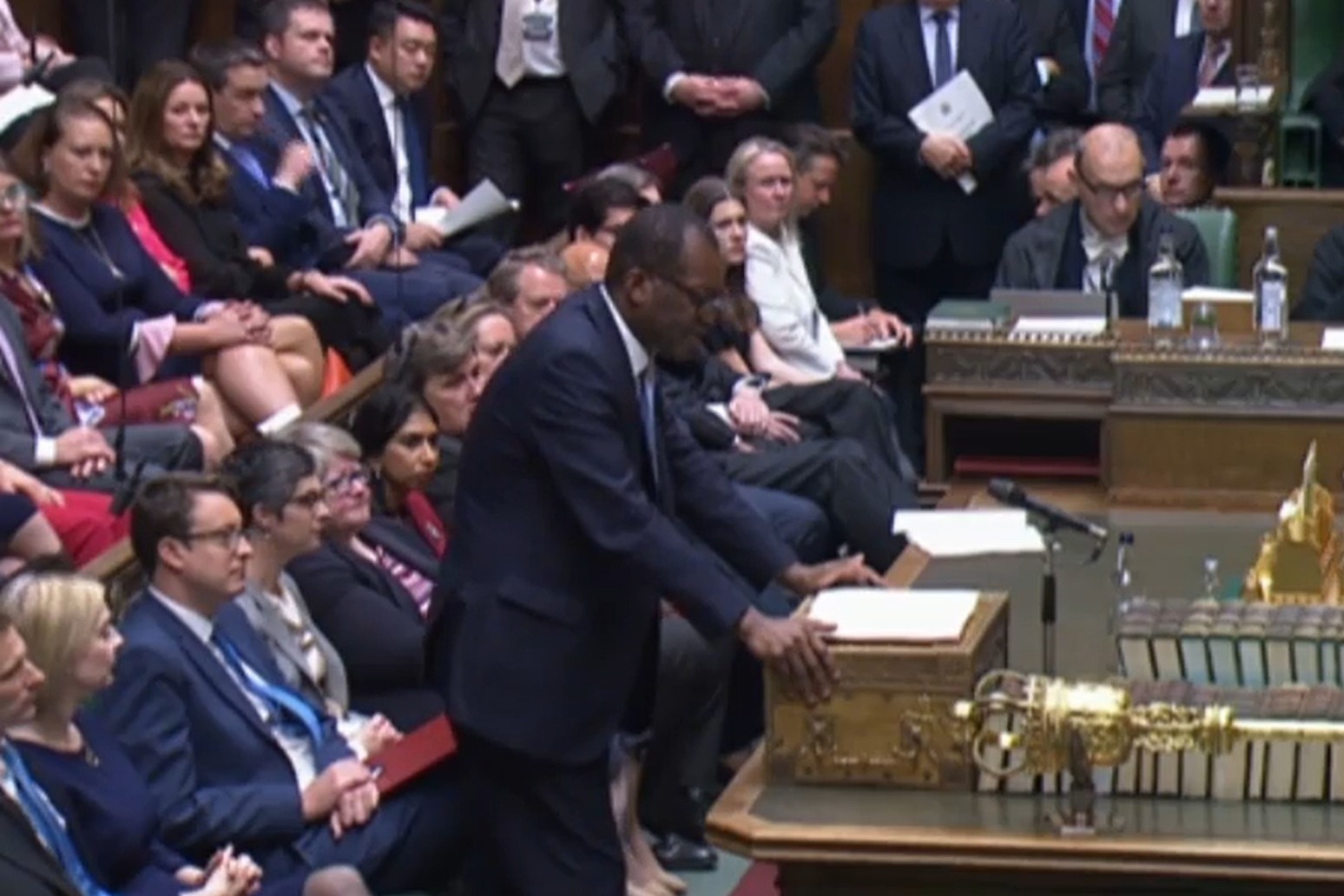 Kwasi Kwarteng will step up efforts to reassure the City about his economic plans after the International Monetary Fund criticised the measures and the Bank of England signalled sharp interest rate rises could be on the way.

The Chancellor will meet investment banks on Wednesday following days of turmoil which saw the pound buffeted and Government borrowing costs increase after his mini-budget spooked the markets with its package of tax cuts and increased borrowing.

In an extraordinary statement, the International Monetary Fund (IMF) said it was “closely monitoring” developments in the UK and was in touch with the authorities, urging the Chancellor to “reevaluate the tax measures”.

It warned the current plans, including the abolition of the 45p rate of income tax for people on more than £150,000, are likely to increase inequality.

The move came as the Bank of England signalled it was ready to significantly ramp up interest rates to shore up the pound and guard against increased inflation.

The Chancellor insisted he was “confident” his tax-cutting strategy will deliver the promised economic growth.

Sterling slumped to a record low against the dollar on Monday before recovering and the Chancellor has sought to convince City investors he has a “credible plan” to start reducing the UK’s debt mountain.

But the IMF said in a statement: “We understand that the sizeable fiscal package announced aims at helping families and businesses deal with the energy shock and at boosting growth via tax cuts and supply measures.

“However, given elevated inflation pressures in many countries, including the UK, we do not recommend large and untargeted fiscal packages at this juncture, as it is important that fiscal policy does not work at cross purposes to monetary policy.

“Furthermore, the nature of the UK measures will likely increase inequality.”

It urged Mr Kwarteng to change course when he comes back to Parliament in November with a package intended to show how he will get the public finances back on track.

“The November 23 budget will present an early opportunity for the UK Government to consider ways to provide support that is more targeted and reevaluate the tax measures, especially those that benefit high income earners,” the IMF said.

In response to the criticism a Treasury spokeswoman said: “We have acted at speed to protect households and businesses through this winter and the next, following the unprecedented energy price rise caused by (Vladimir) Putin’s illegal actions in Ukraine.”

The Government was “focused on growing the economy to raise living standards for everyone” and the Chancellor’s statement on November 23 “will set out further details on the Government’s fiscal rules, including ensuring that debt falls as a share of GDP (gross domestic product) in the medium term”.

Shadow chancellor Rachel Reeves said: “The Government must urgently lay out how it will fix the problems it created through its reckless decisions to waste money in an untargeted cut in the top rate of tax.

“Waiting until November is not an option. The Government must urgently review the plans made in their fiscal statement last week.”

The Bank of England’s chief economist Huw Pill warned Threadneedle Street “cannot be indifferent” to the developments of the past days, seen as a signal the cost of borrowing will have to go up to protect the pound and keep a lid on inflation.

“It is hard not to draw the conclusion that all this will require significant monetary policy response,” Mr Pill said.

“I can’t in all honesty remember a time when a set of policy announcements from a G7 country elicited so negative a response both from markets and from economic experts,” he said.

“When a country sees its interest rates rise by at some maturities, at some points of 4 percentage points in two days at the same time that its currency is falling in a major way, that is a sign that there has been a major loss of market credibility and market confidence and that’s of course a kind of situation, that demands the IMF’s attention, so it’s appropriate that the IMF is watching. I was frankly a little surprised not to hear from the IMF over the weekend.

“The sense that something like this could be happening in a country like Britain may cause suspicions and doubts about what could happen in other countries. I have to say, and it is early days, things could change and economics is not an exact science, but I would certainly say that this has the look right now of a number of unforced errors.”

With some analysts predicting the Bank of England’s base rate, currently standing at 2.25%, will have to rise to as high as 6% next year, some lenders began withdrawing mortgage products amid the uncertainty.

After two days of big changes, the pound settled down on Tuesday, trading at around 1.08 dollars for most of the day, deviating only briefly with a two cent drop.

London’s top stock index, the FTSE 100, was also subdued for most of the day.

But European markets dropped heavily just before close as the price of gas spiked.

The FTSE closed the day down 0.5% on Tuesday afternoon and, worryingly for the Government, gilt yields, the cost of borrowing by the state, rose 1.6%, more than a quarter higher than just a week ago.

The crisis was triggered by Mr Kwarteng on Friday when he unveiled a massive £45 billion of tax cuts funded by Government borrowing.

At meetings on Wednesday with investment banks, the Chancellor is expected to emphasised the importance of the reforms ministers will be setting out in the coming weeks to boost growth, including his “Big Bang 2.0” measures to further liberalise financial market regulation.