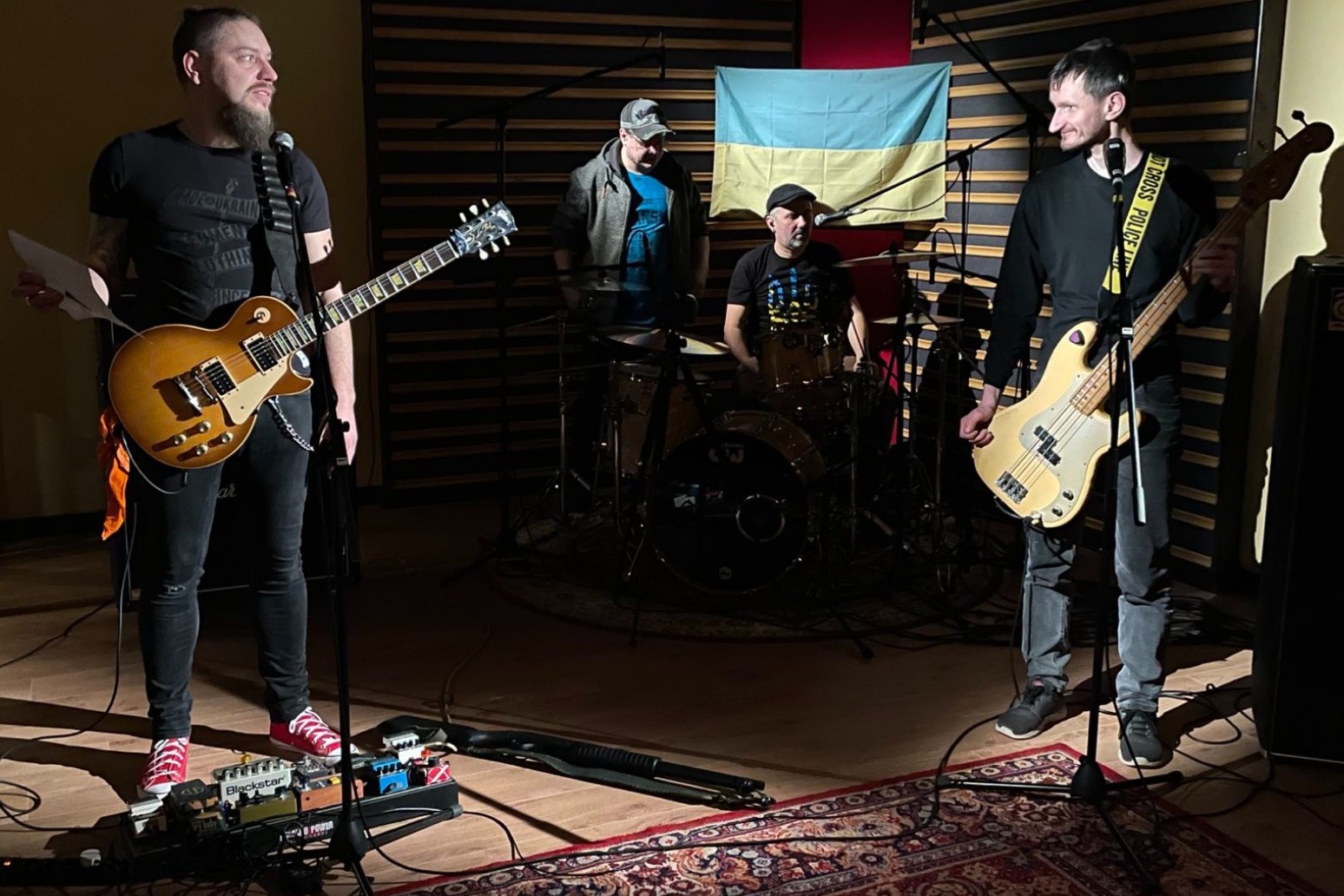 Ukrainian punk band Beton have reimagined The Clash’s hit single London Calling as an “anthem” of “solidarity and hope” amid the Russian invasion.

The trio – Bohdan Hrynko, Oleg Hula and Andriy Zholob – recorded the new version, titled Kyiv Calling, on Thursday and Friday this week in a music studio in the city of Lviv.

The song features the lines “Come out of neutrality, you boys and girls” and criticises Russian president Vladimir Putin with the lyric: “Phony Putinmania has bitten the dust.”

A music video accompanying the song features footage from friends and family of the band, plus colleagues and volunteers, of Russian attacks taking place across Ukraine, from Kharkiv to Kyiv.

The track was mixed and mastered by producer Danny Saber, one of the last people to work with Joe Strummer, lead singer of The Clash before his death in 2002.

Proceeds from the song will go to the Free Ukraine Resistance Movement (FURM) – a citizen-led network bringing together 30 non-governmental organisations from across the country.

Since the war began, guitarist and vocalist Zholob has been working as an orthopaedist doctor treating war victims and soldiers while drummer and vocalist Hrynko and bassist and vocalist Hula have joined the territorial defence force, and are prepared to take up arms when asked.

Zholob said: “Many Ukrainian musicians are now on battlefields or in territorial defence. This time they’ve changed guitars to guns.

“We hope this song shows Ukrainians’ spirit and our defiance to Russian aggression. The Clash were one of our inspirations when we fell in love with punk rock and music in general, there is no snobbery or pretentiousness to the music, they had something to say and voiced their opinions against human anger.

“London Calling epitomises all of that and we are very happy to be able to take this iconic classic and turn it into our own anthem with new meaning and life.”

He added: “We are glad it is being played not just in Ukraine but around the world as a symbol of solidarity and hope. Our country will defend our hard-won liberty and protect our right to self-determination.

“We have no doubt about our victory, we are proud to be Ukrainians and feel support from musicians abroad. This means so much!”

Ostap Kryvdyk, international secretary of FURM, said: “FURM calls on the world to listen to the call from Kyiv. For us the music of the Clash is the music of freedom. We must stop the new iron curtain falling.

“London Calling was the call sign of the resistance of Britain when it stood alone against the Nazis.

“We want Kyiv Calling to be the symbol of resistance to the new aggressor in Europe. No surrender. No compromise peace.

“For Ukraine, peace is not just the absence of war. Peace is the unity of Ukraine. FURM thanks the Clash for their support in our darkest hour. Bring on the dawn.”