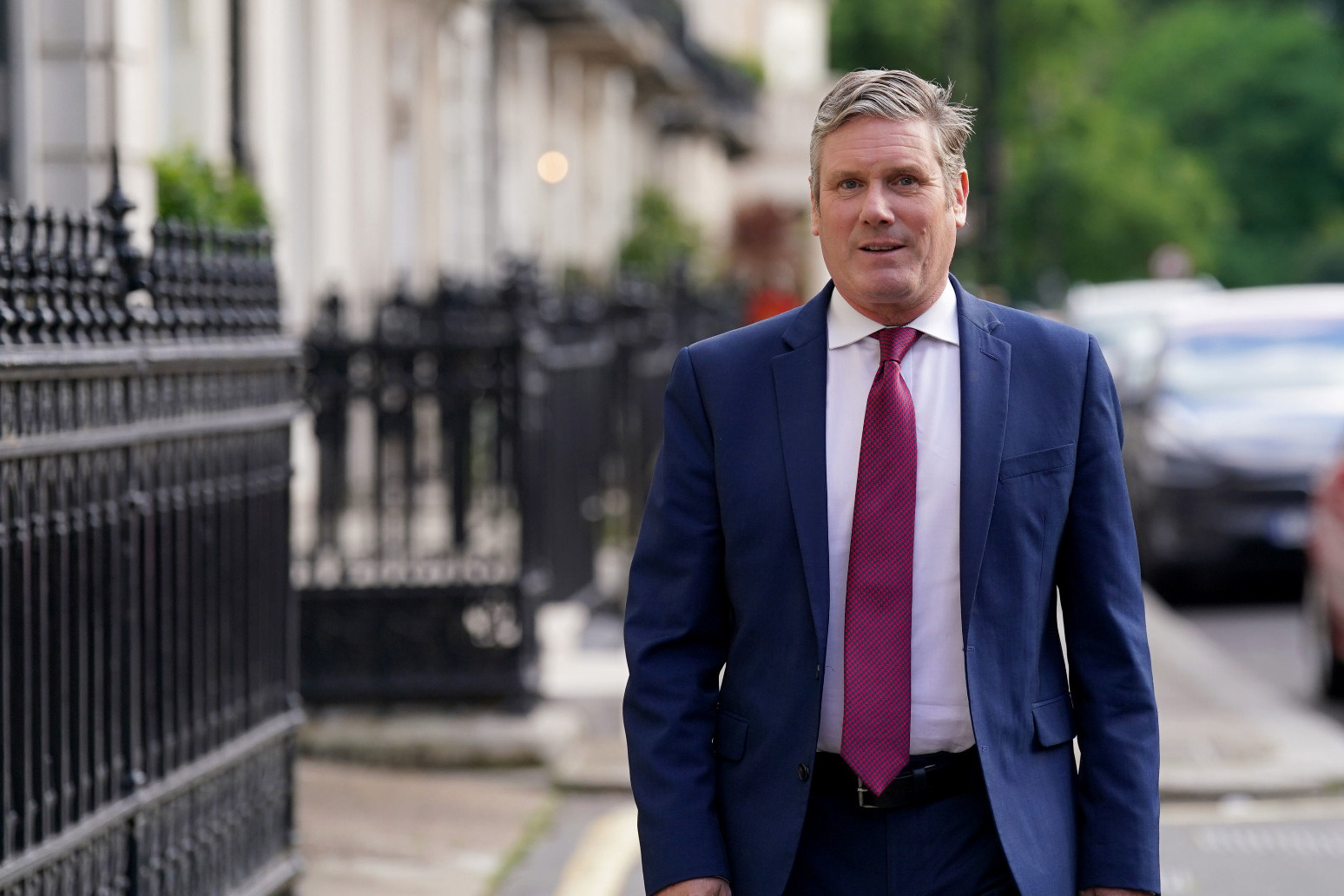 They want MP’s to be back at Westminster on Monday

Labour has written to Boris Johnson, as well as the two Tory leadership contenders, demanding that Parliament returns early in order to tackle soaring energy bills.

Sir Keir Starmer has unveiled a “fully costed” £29 billion plan to freeze the cap at the current level of £1,971 for six months from October, saving the average household £1,000.

The call for MPs to return two weeks early on August 22 comes ahead of the announcement of the new energy price cap at the end of the month, which Labour has called a “crucial deadline” for Government action.

In the letter, Thangam Debbonaire, the shadow leader of the House of Commons, told Mr Johnson that the country faces an “urgent choice”.

It comes as figures published this week showed that inflation rose to 10.1% in July.

She said: “Across Britain, people are having to make unthinkable choices about how to pay their bills, causing endless worry for households and businesses.

“That is why I am writing to you today to urge you to bring Parliament back early on Monday 22 August so that we can freeze the energy price cap now ahead of winter.

“In seven days, Ofgem will announce the rise of the energy price cap.

“Against the backdrop of a rise in inflation to 10.1%, this won’t just send households into a further spiral of worry, pushing them to cut back even further ahead of the winter. But it will create another shock for our economy. With businesses and households on the brink, we cannot wait to act.

“Families deserve a government that is on their side, and is ready to take the action needed now to meet the scale of this national emergency. I urge you to adopt Labour’s plan and take action to freeze the price cap now.”

Neither the Government nor Liz Truss and Rishi Sunak have shown any willingness so far to adopt Labour’s strategy, with the Foreign Secretary sticking to her plans for tax cuts and promising an emergency budget if she becomes prime minister in a few weeks.

A Government spokesperson, responding to Labour’s call, said: “The Government is continuing to focus on delivering for the public.

“While fiscal decisions for the coming months will be for the next prime minister, we are continuing to support people directly now with financial support as part of our existing £37 billion package which will continue to arrive in the weeks and months ahead to help people with the rising cost of living.

“This includes the second £324 instalment of the cost-of-living payment for vulnerable households which will go into people’s bank accounts in autumn, extra help for pensioners and those with disabilities, and the £400 energy bills discount for all households this winter.”

Mr Sunak, who is believed to be trailing in the contest, called Labour’s plan a “blunt instrument” that would benefit those who do not need the support.

He also said this week that Ms Truss would be guilty of “moral failure” if she does not focus on the nation’s poorest and warned her policies could further stoke inflation.

The Scottish National Party’s Westminster leader, Ian Blackford, made a similar call earlier this month, urging the Prime Minister to take action and recall Parliament to deal with the cost-of-living crisis.

The Labour demand for a recall was welcomed by Simon Francis, from the End Fuel Poverty campaign, who said: “A week of political focus on fuel poverty now could bring in the extra financial help needed and also lay the groundwork to tackle the problem in the long term.”