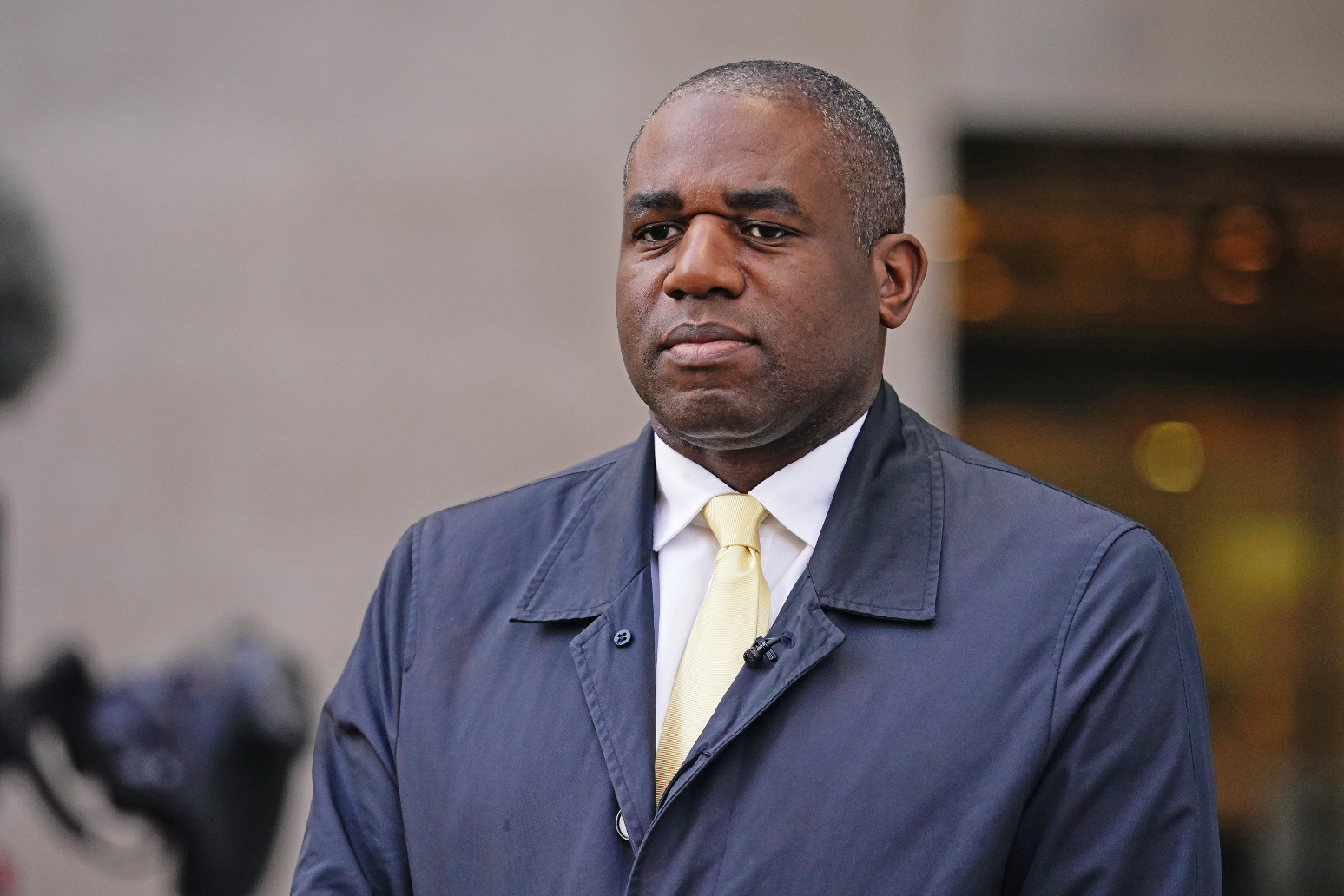 A Labour government would “reset” British foreign policy and reverse the country’s “tarnished international reputation”, according to the shadow foreign secretary.

David Lammy will use a speech on Tuesday in London to set out Labour’s plan for reshaping the UK’s foreign policy outlook.

He will accuse “ideological leadership and reckless choices” of leaving the UK “increasingly disconnected from its closest allies”, vowing to instead establish the “right priorities” to enable the country to “thrive” on the world stage.

In an address at Chatham House, Labour said Mr Lammy will outline how a future Labour administration would produce a “mission statement” – founded on five goals – for reorienting the Foreign, Commonwealth and Development Office (FCDO).

The policies – part of Labour’s Britain Reconnected, For Security And Prosperity At Home contract with voters – are expected to give the department the “clarity of purpose it currently lacks”, the party said.

The proposals include working more closely with the European Union on security, boosting trade in the “industries of the future” and restoring Britain’s “soft power”, which Mr Lammy will say includes protecting the BBC World Service from further cuts.

The FCDO has come under fire for its part in the botched withdrawal from Afghanistan in 2021, while Foreign Secretary-led talks with the EU on changing the Northern Ireland Protocol have dragged on for years.

Shadow cabinet minister Mr Lammy is due to say: “Foreign policy has never been so important in shaping the daily lives of people in Britain.

“At no point has national success been so tied to the forces of global change.

“But ideological leadership and reckless choices have left Britain increasingly disconnected from its closest allies, an economy in crisis and a tarnished international reputation.

“A failure to clearly define the goals of the Foreign, Commonwealth and Development Office around modern challenges leave the UK ill-equipped to face the future.

“It doesn’t have to be this way. The UK is home to cutting-edge technology and services, world-leading universities, vibrant cultural industries, and it has the potential for unparalleled global connections.

“Labour will reset our foreign policy to create a Britain Reconnected, for security and prosperity at home.

“With the right priorities, the right partnerships and the right values, Britain can, and will, thrive.”

Mr Lammy is expected to outline what each of the priorities for reform would entail should Labour win the next general election.

The next national poll is expected before 2025, with polling putting Labour about 20 points ahead of Rishi Sunak’s Conservatives, making Sir Keir Starmer’s outfit favourites to lead the next administration.

The second is about championing UK prosperity, which Labour said will focus on fixing the Northern Ireland Protocol and driving up trade in burgeoning industries while also bolstering exports.

Labour said its third policy is related to turning climate change response into “an engine of growth”, the fourth on “rebuilding” Britain’s reputation on international development and the fifth will push for the UK to “re-establish” itself as a “trusted, reliable and influential partner” when it comes to diplomacy.

Protecting the role of the BBC World Service and the British Council would form part of the attempts to strengthen diplomacy, along with legislating for a “new legal right to consular protection to protect Britons abroad”, the party said.