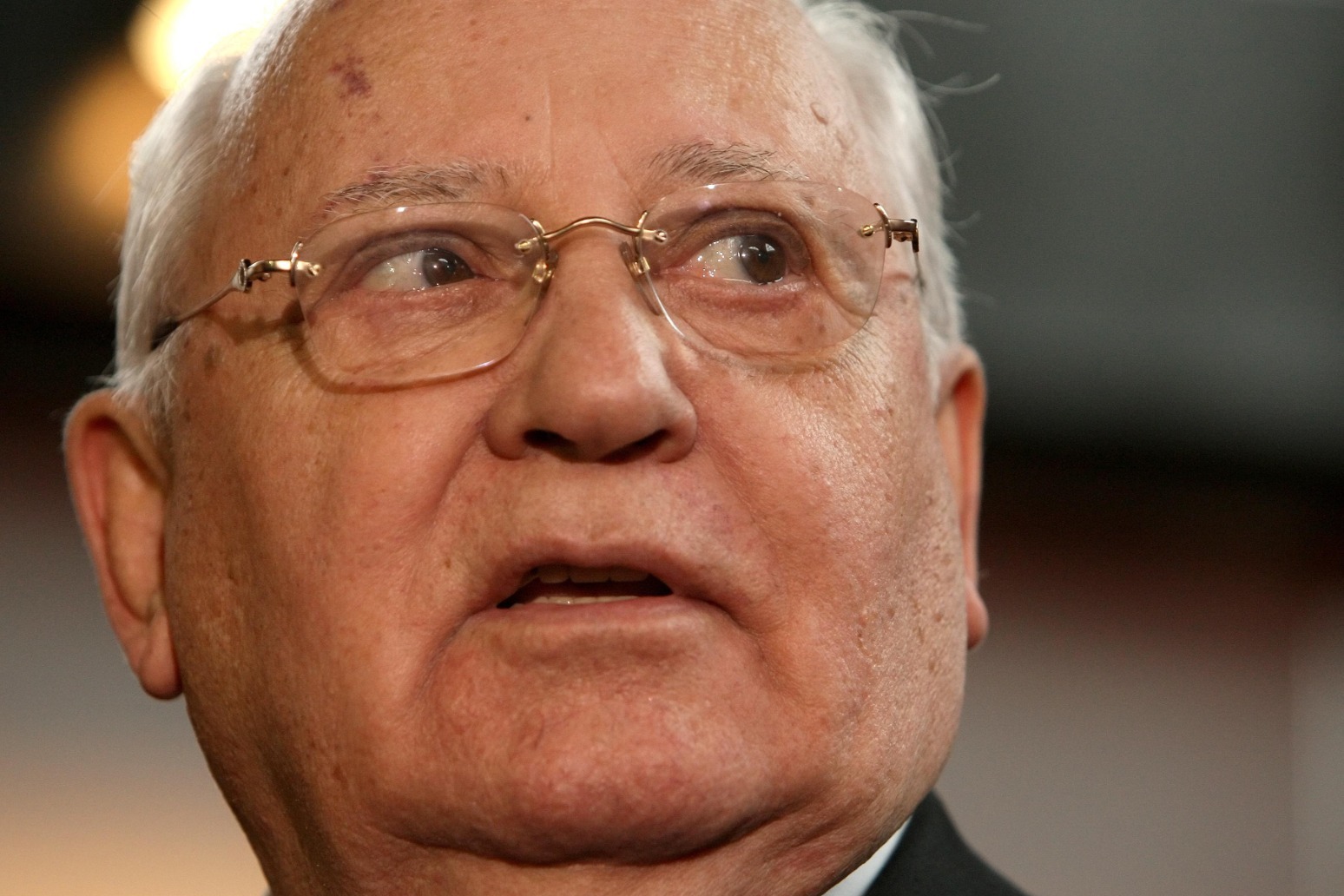 Mikhail Gorbachev, the man who brought down the Iron Curtain by introducing Glasnost and Perestroika to the Soviet Union, has died aged 91.

His death was announced by multiple Russian news agencies on Tuesday evening, citing officials at the Central Clinical Hospital in Moscow.

Mr Gorbachev’s arrival as what was to be the last president of the Soviet Union, was a welcome change from the grim-faced, tight-lipped, unbending figures who had preceded him in this office. He was famously the Soviet leader with whom Margaret Thatcher said she could do business.

Not only Margaret Thatcher but the entire British nation – indeed the Western world as a whole – warmed to this man, a law graduate, with a genial face and a sense of humour who brought with him a refreshing warmth and smile to the cold, dour face of the Kremlin.

It was unthinkable that a man with such a sunny disposition, and seemingly totally lacking the ruthlessness associated with Soviet leaders, could have fought his way to the top of such a fearsome regime.

Even so, he remained a Communist in his thinking – a factor with which his arch-rival Boris Yeltsin, who ultimately hounded him out of office, was cruelly to taunt him.

But his was a form of Communism unlike the obdurate, immoveable creed followed by his predecessors. He had a cosmopolitan air and – through a translator – spoke the language of conquering inflation and of turning around the Soviet Union’s politics and economy, both of which were stuck in the quagmire of dogma.

Margaret Thatcher quickly emerged as his most passionate Western supporter and champion of his efforts for reform. He was a man she admired, an accolade rarely bestowed by the then prime minister.

What Mrs Thatcher liked about him was that they could argue together, sometimes ferociously, sometimes, as he once put it, “until we were red in the face”.

It was when he visited Britain in 1984, four months before he assumed power, that she said: “I like Mr Gorbachev. We can do business together.” His new style, she said, had “brought hope to the whole world”.

And a Foreign Office spokesman said at the time: “It’s nice to find a Soviet politician whose face moves. Even when he scowls, you know where you stand.”

The initial favourable impact he made on Margaret Thatcher and his pursuit of Glasnost (openness) and Perestroika (reconstruction) was to prove an accurate assessment of his qualities.

For Mr Gorbachev is widely reckoned to have done more than anyone – even Yeltsin, a proclaimed free-marketeer – to have delivered the Russian people from the jack-boot of Communism.

He was born into famine in a hut on a narrow river, in a village in the state of Stavropol on March 2, 1931, the son of a farm worker, and was a law graduate at Moscow State University, before working as a machine operator and then, from 1955 onwards, devoting much of his time as a party activist.

He went through the party mill, slowly grinding his way to the top. It was in 1985, only four months after his historic first meeting with Margaret Thatcher, that he became general secretary of the Communist Party, a post which made him top dog in the Kremlin.

In August, 1991, Gorbachev was the victim of an old-style hard-line Communist coup in which he and his wife Raisa, their daughter Irina, son-in-law Anatoly, and grand-daughter Anastasia, were incarcerated at gunpoint in his holiday home in Crimea.

He described the ordeal as “a severe trauma”, adding: “It was 72 hours of total isolation and confrontation. They tried to break me. When they began to understand that their adventure was over, they were ready to do anything. I had to keep my nerves in check.”

But, although the coup failed, it marked the beginning of the end of his reign as leader and the start of Boris Yeltsin’s rise to power. The relationship between the two men had never been easy. He has described Yeltsin as vindictive, unpredictable and at times unstable.

After the coup episode, Gorbachev continued to visit Britain from time to time, sometimes as part of his Gorbachev Foundation work and on others to promote his memoirs.

He married in 1955. He used to call Raisa “my general” and often relied on her judgment.

Gorbachev was heartbroken and shattered when Raisa died, at the age of 67, in September, 1999, in a hospital in Muenster, after a long battle against leukaemia.