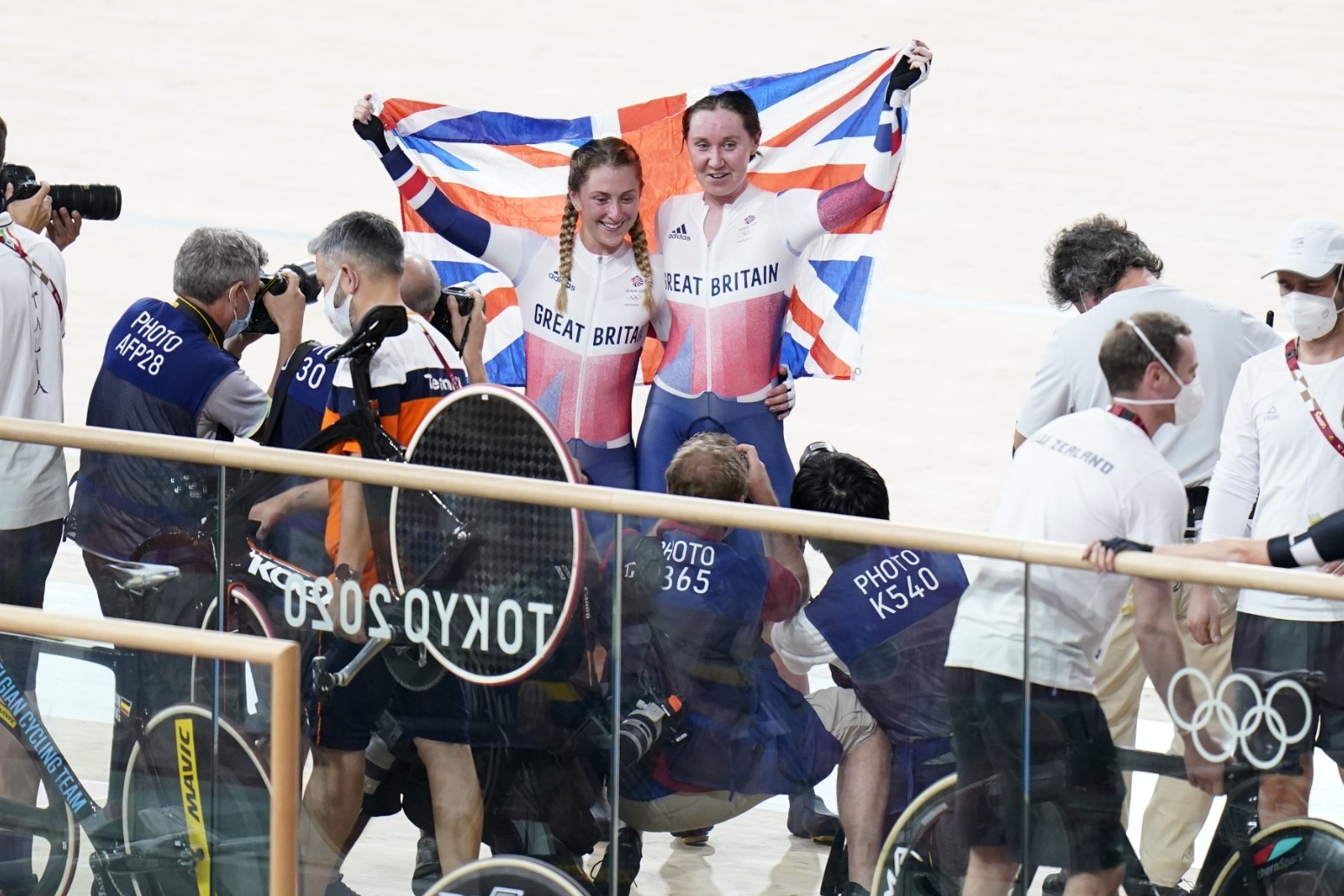 Laura Kenny and Katie Archibald took gold for Great Britain as they won the first ever Olympic women’s Madison in dominant fashion.

It was a fifth career Olympic gold for Kenny, who surpassed Dutchwoman Leontien Zijlaard-Van Moorsel to become the most successful female cyclist in Olympic history as she took gold at a third consecutive Games.

The British pair looked in control from the off, winning the first three sprints on the track and then further extending their advantage after the Dutch pair of Kirsten Wild and Amy Pieters, reigning world champions, were caught in a crash with a little over 70 laps remaining.

In the second half of the race the British duo got themselves in a series of breakaways, hoovering up points in the sprints and gaining a lap with a little over 20 to go to build an all-but-insurmountable lead.

By the end of the race, they had won 10 of the 12 sprints – including the double points for the last lap – to finish with 78 points, more than twice the tally of second-placed Denmark on 35.

Kenny, asked what it felt like to be become the first female British Olympian to win a gold medal at three successive Olympic Games, told the BBC: “It’s unbelievable. I am just so glad.

“I have never wanted to win a race so badly in my life. It was giving me fears like never before. But we went and did it.”

Kenny, invited to send a message to her son Albie back home in the UK, added: “I have never missed him so much in all my life. It’s so hard leaving him at home. To have Katie here – it feels like I am racing with my sister. I couldn’t have done it without her.”

Archibald said: “I’ve been dreaming about this. I’ve never wanted something so much and I’ve never been so nervous. But we’ve been clinical in our approach.

“I’d like to thank our coach Monica (Greenwood). None of this would have happened without Monica. She overhauled our approach to this event.”

Kenny added: “Monica is married to Ben, who is the under-23s coach. We’ve done this exact plan five times (with the under-23s). I have never felt so confident about a plan in my life. We just raced it again.”

Kenny and Archibald wasted little time asserting their dominance in the race as they beat the Dutch in the first three sprints, taking it in turns as Archibald won the first and Kenny the second.

Australia took the fourth sprint and would soon play spoiler in the race as they disrupted a Dutch hand-sling to send Wild crashing to the ground with a little over 70 laps to go.

Though Wild got back to her bike the Dutch challenge faded, with Archibald and Kenny peeling off the front, first with the French, then with the Danish and Russian Olympic Committee teams to keep collecting points.

This is the first ever running of the women’s Madison, with the event also returning to the men’s programme for the first time since 2008.