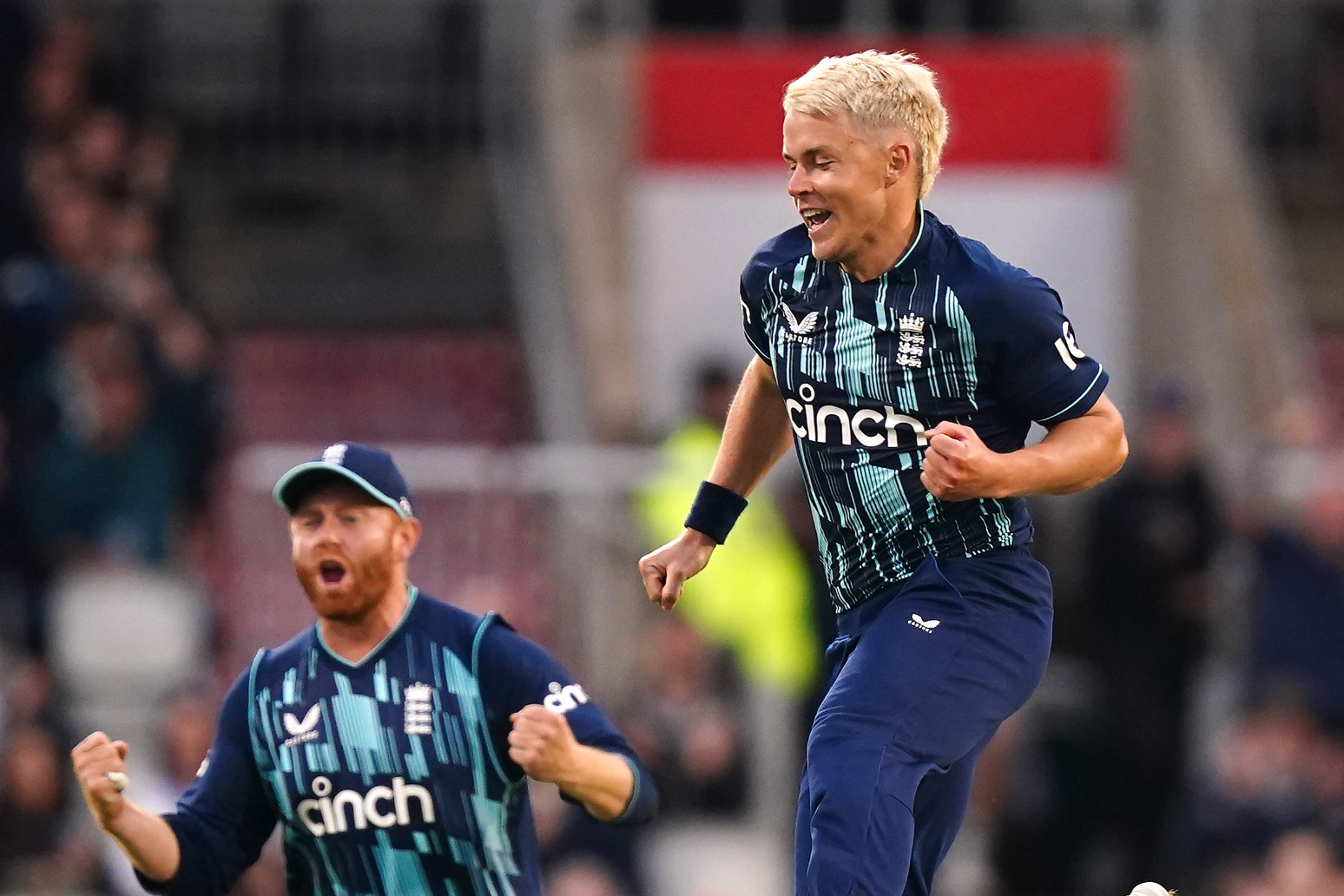 It was make or break at Emirates Old Trafford with Jos Buttler side’s having lost five of their previous seven white-ball games this month and staring down the prospect of a third straight series defeat.

Defending 201 all out in a rain-reduced 29-over contest, England’s southpaw seamers Reece Topley, David Willey and Sam Curran weaved their magic as the chase eventually subsided for a miserable 83.

Topley and Willey, recalled after being rested for the previous match, left the tourists in all kinds of trouble at six for four before fellow left-armer Curran joined the party with his fourth ball to make it 27 for five.

South Africa’s hopes of chasing the target had effectively ended, but with light showers returning at the worst possible time England were soon dashing through their overs in a bid to complete the game.

That brought spinners Adil Rashid and Moeen Ali into the game and they mopped up the last five wickets to end things in the 21st over.

England had earlier leant on their lower middle order to post a competitive total with the bat after slipping from 52 for one to 72 for five.

Dwaine Pretorius was the primary antagonist, with three big wickets in the space of just seven deliveries. Phil Salt and the bankable Joe Root were both overly ambitious in their attempts to take on his smart back-of-length balls and Jonny Bairstow (28) was bowled by a well-disguised slower ball.

Moeen and Buttler both came unstuck but two power hitters still managed to leave their mark on the scoreboard. Liam Livingstone hit 38 in 26 balls and Curran made 35 in just 18 to give some much-needed impetus.

They each hit three sixes, with Livingstone’s share coming off the first three balls of an Anrich Nortje over. Any hopes he had of a magical 36 ended with a thick edge for four and his charge concluded when he dragged the fifth delivery to midwicket.

The reduction in overs made it tricky to judge England’s score at the break, but there was a suspicion that they were a little light on runs.

What they needed was a strong start with the ball, but what unfolded in the first four overs exceeded even their wildest ambitions.

After a steady start at each end Topley broke things open by dismissing Janneman Malan and Rassie van der Dussen for ducks in the space of five deliveries. The top-order pair had been in excellent touch in Durham 48 hours earlier, scoring 191 between them, but they were both discomfited by Topley’s consistently nagging lengths and high trajectory.

Malan fed a simple catch back to mid-on as he tried to work one off his pads and Van der Dussen’s habit of shuffling to off stump cost him as he feathered a hip-height delivery behind.

The double breakthrough had flipped the momentum in England’s favour and Willey cashed in by removing the dangerous Quinton de Kock with the very next delivery.

England had swamped his favourite scoring areas on the off side and he fell hook, line and sinker for the trap. Attempting to manipulate the ball through leg he spooned a leading edge to cover.

It there was any doubt that the batting side had lost their cool it disappeared a few moments later when Aiden Markram was run out without facing a ball. Attempting to dash through from the non-striker’s end he fell victim to Buttler’s exceptional reactions as he dived and whipped off the bails in one smooth movement.

It was hard to see exactly how South Africa could hold back the tide and, after a brief respite, Curran picked up the baton for England. Replacing Topley from the Brian Statham End, he bustled in, cramped David Miller for room and turned his hopeful cut shot into a flattened off stump.

By now the tourists were relying on the weather to save them and a light shower, combined with some brazen time-wasting from Heinrich Klaasen and Pretorius, raised the stakes.

Rashid and Moeen were tasked with reaching the 20th over – the minimum required to constitute a match – but they exceeded expectations by wrapping up the innings as South Africa’s resolve faltered.