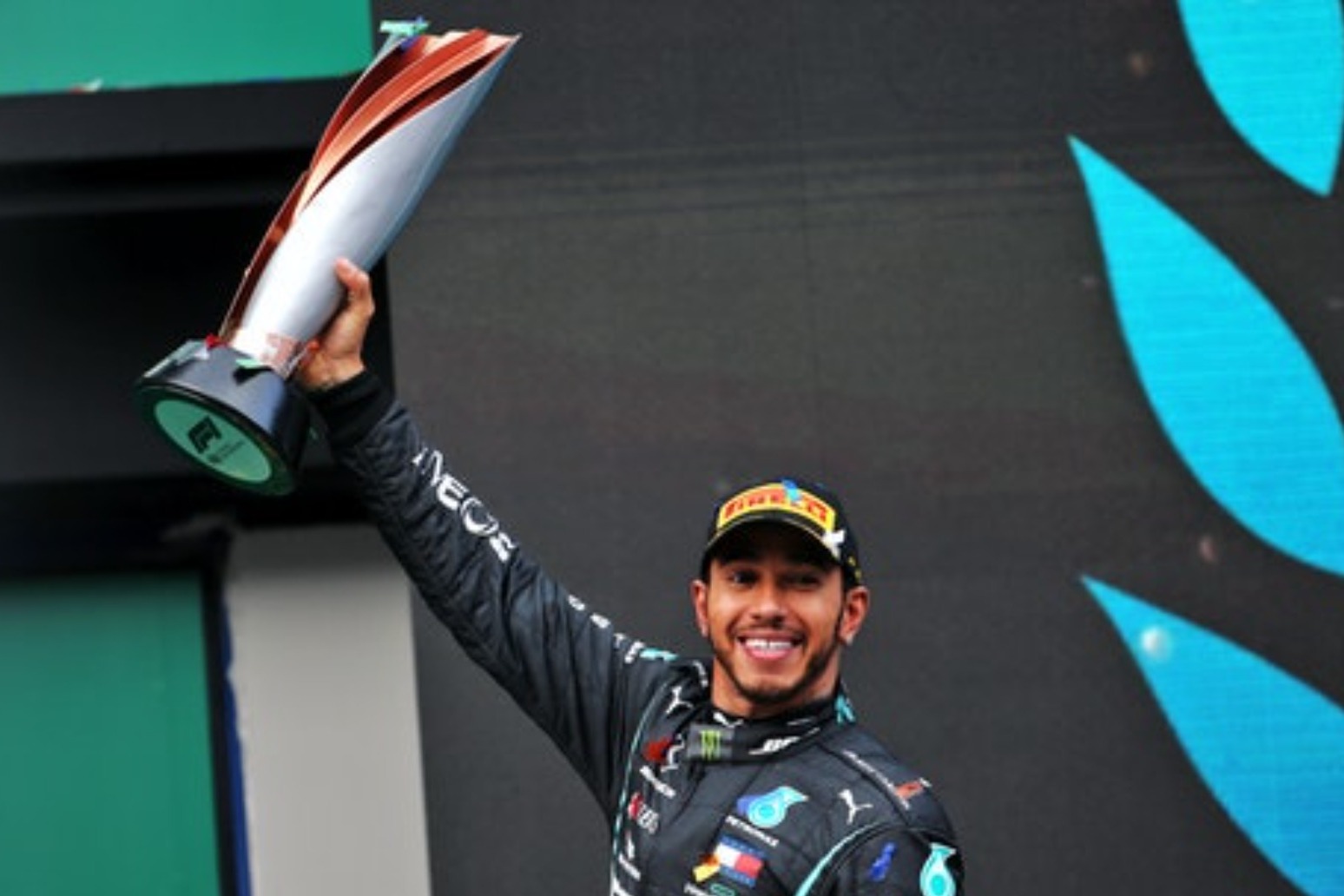 Lewis Hamilton has been hailed as the greatest British sportsman in history after he emulated Michael Schumacher by winning his seventh world championship. Hamilton delivered the drive of drives to wrap up his sixth title in seven years with a brilliant victory at Sunday’s rain-hit Turkish Grand Prix.

The 35-year-old Englishman will now end his career as the most decorated driver in Formula One history, having already registered a greater number of victories, pole positions and podiums than anyone who has gone before him.

“[He is] the greatest sportsman this country has ever produced – no doubts. And he still has more chapters to come.”

The case will now be made for Hamilton to be knighted in the New Year Honours list.

Hamilton was awarded an MBE after his maiden championship triumph in 2008.

“When I think about that honour of being knighted, I think about people like my grandad who served in the war,” said Hamilton on the potential accolade.

“Captain Tom waited 100 years for that great honour, and then you have these doctors and nurses, who are saving lives during this hardest time ever.

“I think about those unsung heroes and I don’t look at myself as an unsung hero. I haven’t saved anybody. It is an incredible honour that a small number of people have bestowed on them.

“I hear the national anthem and I am a very proud Brit. It is a special moment to be up there representing a nation and having the flag over your head.”

Hamilton’s £40million-a-year Mercedes deal expires next month but a renewal is set to be completed in the coming weeks once the dust has settled on his triumph.

“I feel like I am only just getting started,” added Hamilton, who said he would celebrate his landmark achievement by watching a re-run of Sunday’s race with Minestrone soup at his Monaco apartment.

“I feel physically in great shape. This year has been the hardest year for millions of people. I know things always look great on the big stage but it is no different for us athletes. It has been a challenge.

“I didn’t know how to get through it but with the help of great team around me I have managed to keep my head above water and stay focused.

“I am really hopeful for a better year and I would love to stay. We have only just begun in our work to hold ourselves accountable as a sport, to realise that we cannot ignore the human rights issues with the countries we go to. I want to help Formula One. I want to help Mercedes in that journey.”