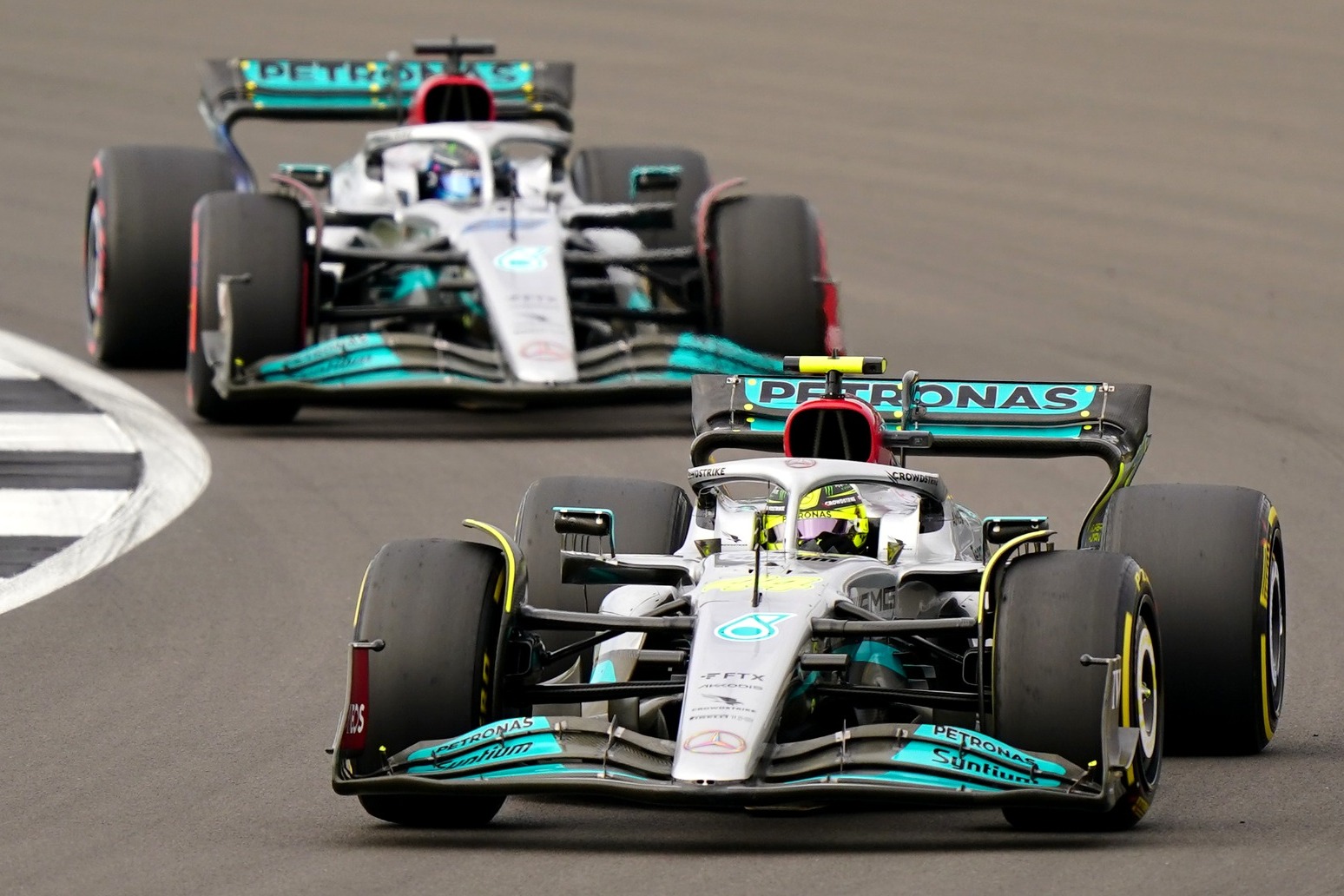 The seven-time world champion, who has been at the centre of Formula One’s racism row which has dominated the build-up to this weekend’s event, finished just 0.163 seconds behind Ferrari’s Carlos Sainz, with Lando Norris third for McLaren.

Hamilton’s encouraging lap in front of his home crowd comes just days after it emerged triple world champion Nelson Piquet had aimed a racist slur at the British driver in a podcast recorded last November.

Piquet apologised to Hamilton – insisting the offensive term was mistranslated.

But fresh footage emerged on Friday, from a separate interview, in which the Brazilian used homophobic language when speaking about Hamilton. The 69-year-old has been banned from the paddock.

On track, Hamilton’s Mercedes team have arrived at Silverstone armed with their third major upgrade of the year.

A new suspension, rear wing, floor and sidepods have been strapped on to the Silver Arrows in a bid to rescue their season, and the early signs are encouraging.

Although Hamilton reported his revised machine was “bouncing a lot at high speed”, the silky-smooth Silverstone asphalt suits Mercedes.

Hamilton might be 98 points behind championship leader Max Verstappen heading into the 10th round of 22.

But his form here – and although times in practice have to be treated with caution – will afford him some hope that he could challenge the front-runners at a track where he has won a record eight times.

Ahead of first practice, which was effectively a washout following persistent drizzle, Hamilton bowed down to the sport’s regulator by removing his nose stud.

Hamilton had insisted he would oppose the FIA and race all season with the item of jewellery, which he said could not easily be taken out, intact.

But after his second medical exemption expired on Thursday, and with the threat of a stewards’ investigation – which might have ended in a reprimand, fine, docked championship points, or, at the very worst, expulsion from Sunday’s Grand Prix, Hamilton complied – a relief to the majority of the 142,000 spectators expected here in Northamptonshire on Sunday.

Hamilton’s extraordinary 180mph opening-lap collision with nemesis Verstappen at this venue last year is still raw for some, and the Dutch driver was booed by a number of fans.

Verstappen, who holds a commanding 46-point lead at the summit of the standings having won five of the last six rounds, finished fourth in practice on Friday, two tenths back. Ferrari’s Charles Leclerc took fifth, with Hamilton’s team-mate George Russell eighth, 0.857 sec down.