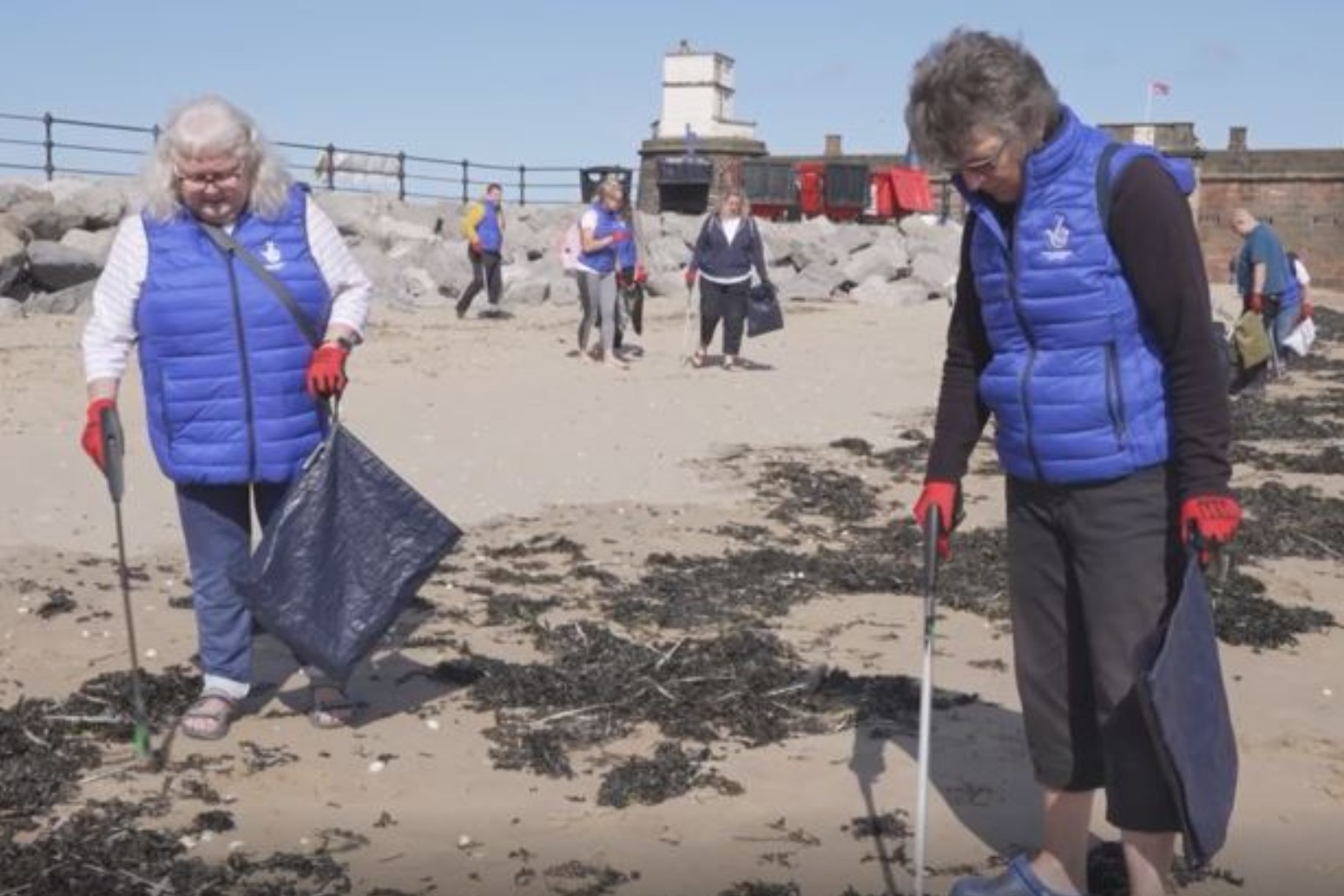 The nine National Lottery winners turned out at New Brighton beach in Wirral, Merseyside, on Monday to work alongside charity The 2 Minute Foundation, which is dedicated to cleaning up the planet.

Deborah Mather, 63, from Chorley in Lancashire, who won £5.1 million in 2005, said: “I’ve learnt an awful lot today about plastic and about what it can do, not just to the animals but to ourselves as well.

“There are some things that have been left on the beach that you wouldn’t dream of.”

She said she had been “quite shocked” to see the amount of plastic pieces that had washed ashore.

She added: “The beach looks really clean but when you start delving into the seaweed there’s an awful lot of stuff.”

Ms Mather said she and her fellow lottery winners did their best to give something back after claiming their jackpot prizes.

She added: “I don’t know a lottery winner that doesn’t help out in some way or form.”

Ben Woods, 40, from Wirral, who scooped just under £2.5 million in 2004, said he had been cleaning up objects including felt-tip pen lids and bottle tops.

“It is always great to be able to give something back in terms of our time,” he said.

“Myself and fellow winners support numerous charities throughout the year and we were all delighted to work with The 2 Minute Foundation on this latest project.

“It is something close to my heart as a father, to ensure our beaches are kept clean so everyone can enjoy them to their full potential.

“And it seems more appropriate than ever right now to be doing something like this in the year of the great British staycation.”

The clean-up took place as a report from the the UN’s Intergovernmental Panel on Climate Change warned that humans are unequivocally driving global warming.

Claire Giner, campaigns manager for The 2 Minute Foundation, said: “The climate is changing so rapidly because we’re so reliant on plastics and plastic production.

Ms Giner said the problem of plastic on the country’s beaches had become more obvious as the coronavirus pandemic led to many people enjoying holidays in the UK instead of travelling abroad.

“People are seeing it with their own eyes and they want to do something about it, so it is now time that we can all take action,” she said.

– The 2 Minute Foundation, which received £19,410 of National Lottery funding in 2018 and 2019, calls for people to carry out simple, achievable acts which can add up to make a big difference to the planet.