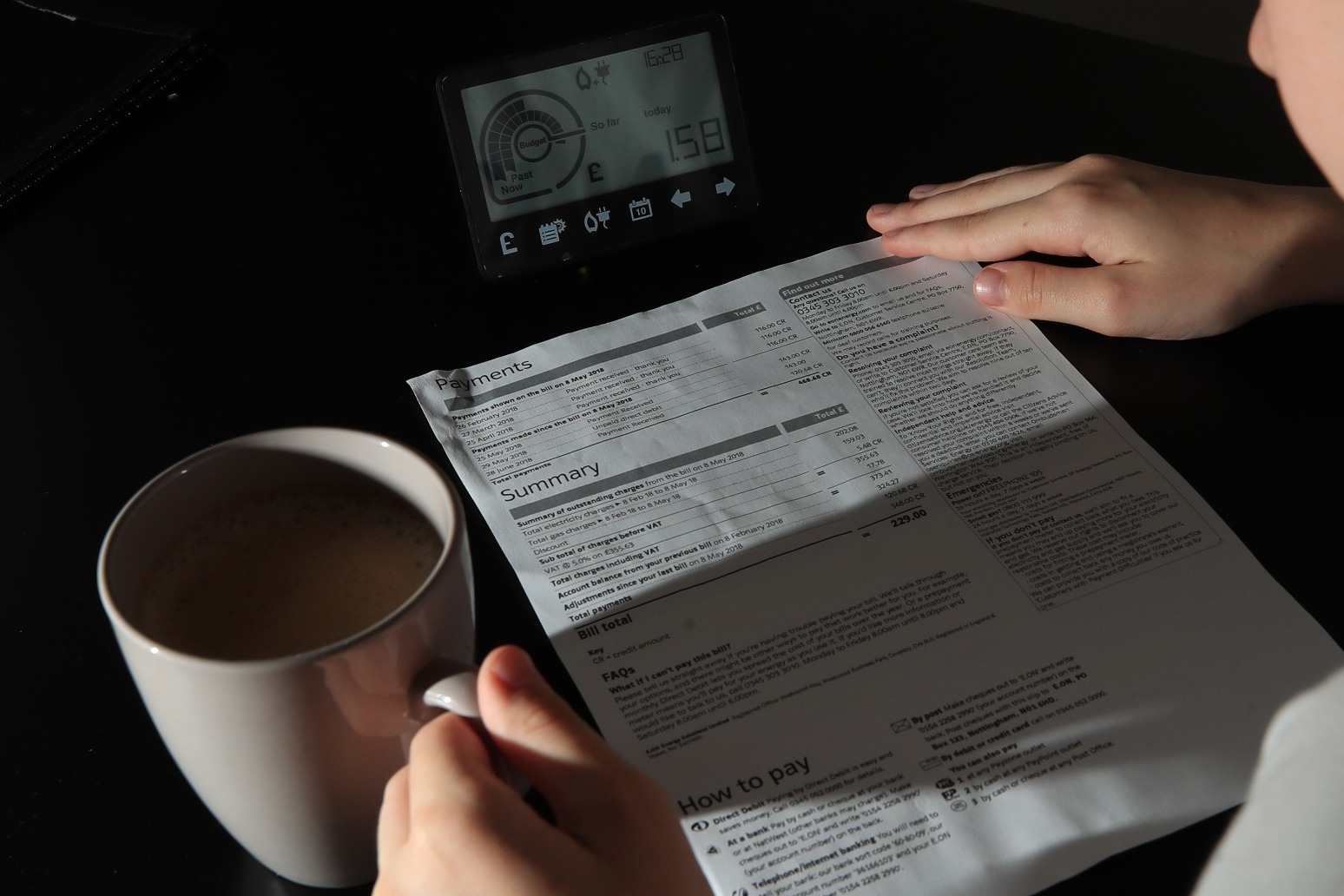 The Which? consumer insight tracker shows satisfaction with living standards and income has crashed to its lowest point since 2014, even before Ofgem is widely expected to announce a new price cap for October topping £3,500 on Friday, up from £1,971 today.

Some 93% of consumers said they were worried about energy prices.

The watchdog’s latest survey found just over half of consumers (55%) are currently satisfied with their standards of living, while just 39% are content with their household income and 34% are happy with their savings.

Confidence in household finances has plunged to the level it was at the start of the pandemic as inflation driven largely by food and energy prices reached a 40-year high.

Around 7% of households (an estimated 1.9 million) missed or defaulted on at least one mortgage, rent, loan, credit card or other bill in the last month, up from 4.5% a year ago.

Some 59% of consumers said their household has had to make an adjustment such as cutting back on shopping, dipping into savings or borrowing to cover essential spending in the last month – up significantly from the 40% seen last August.

Which? said it was clear that the Government’s current package to help with the soaring cost of living would not sufficiently protect consumers.

Which? director of policy and advocacy Rocio Concha said: “It was meant to be the year that we moved on from Covid, but the cost of living crisis has left consumer confidence in ruins.

“Household finances are at breaking point and many consumers will simply not be able to afford the eye-watering upcoming hikes in their energy bills.

“The Government must move quickly to increase the amount of financial support it is providing to families and households who are struggling.

“Tackling the cost-of-living crisis must be at the top of the new prime minister’s in-tray. Businesses should also do everything in their power to make sure customers are getting a good deal and those facing serious financial hardship are protected.”