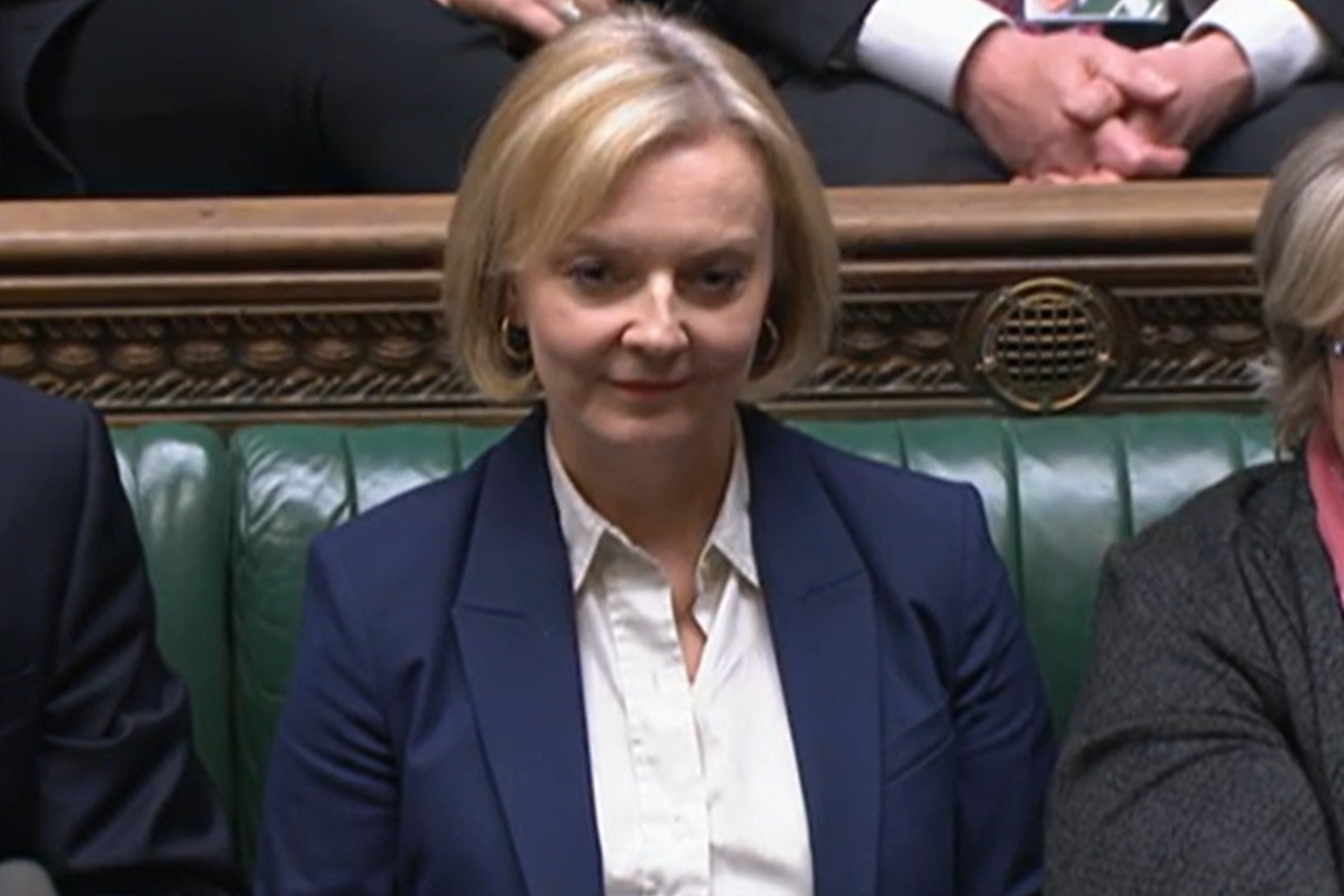 Liz Truss has apologised for her “mistakes” and pledged to lead the Tories into the next general election as she fought for her job after a bonfire of her tax-cutting plans.

The Prime Minister said she has “adjusted what we’re doing” after the Government’s fiscal policies spooked the markets, putting in place a new Chancellor with a fresh strategy to “restore economic stability”.

“I do think it is the mark of an honest politician who does say, yes, I’ve made a mistake,” she said.

The Prime Minister is battling to save her premiership after her economic agenda was left in tatters by the dismantling of her former chancellor’s landmark mini-budget.

Speaking after Jeremy Hunt – the new Chancellor – scaled back the energy support package and ditched “almost all” the tax cuts announced by his predecessor, Ms Truss said she wanted to “accept responsibility and say sorry for the mistakes that have been made”.

“I wanted to act… to help people with their energy bills to deal with the issue of high taxes, but we went too far and too fast. I’ve acknowledged that,” she told the BBC.

She said she is “sticking around” because she was “elected to deliver for this country”, adding: “I will lead the Conservatives into the next general election.”

The pressure on the Prime Minister gained traction on Monday evening with five Tories now openly calling for her to go after just six weeks in power.

Sir Charles Walker was the latest to make the case for her exit.

He told Sky News’ Beth Rigby: “I think her position is untenable. She has put colleagues, the country, through a huge amount of unnecessary pain and upset and worry.”

The situation “can only be remedied” with “a new prime minister”, he said.

Earlier, the Prime Minister’s press secretary said there had been no point on Monday when Ms Truss thought her time was up.

Conservative Party chairman Jake Berry said there had been a focus on “unity” as Ms Truss addressed a gathering of the One Nation group of Tory MPs in Westminster.

He said she had been “exceptional” and he had not heard any irritation towards her in the meeting, although it was still going on.