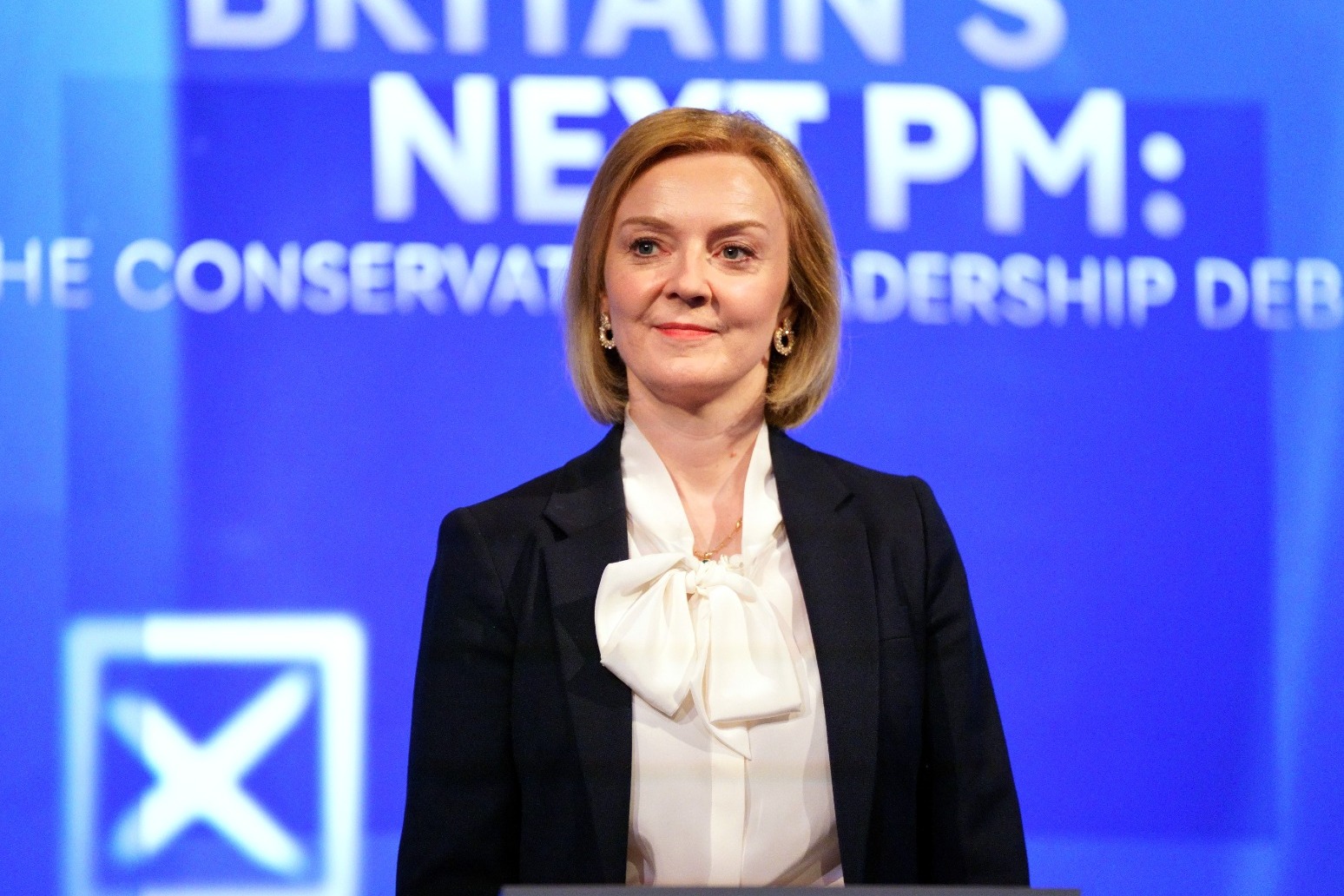 Liz Truss has declared she is the “only person who can deliver the change” the UK needs which is in “line with true Conservative principals”.

In a comment piece for The Daily Telegraph, the leadership hopeful outlined the pitch she is planning to deliver to colleagues on Wednesday in the final round of the MPs’ contest.

As well as promising to unite the Tory party after weeks of division and turmoil that was further highlighted by the televised debates, the Foreign Secretary pledged to enact “the biggest economic change we have seen in 30 years”.

If she was to win leadership, Ms Truss said her plan to get “our economy moving” would centre on tax cuts, deregulation and tough reform.

“At a time when hard-pressed working people and families face the heaviest tax burden in 70 years, I would immediately cut taxes,” she said.

“I was clear in Cabinet about my opposition to the National Insurance rise and would reverse it.

“I would also temporarily suspend the green levy bringing down the cost of energy bills.”

She added that under a Truss government, defence spending would be increased to three per cent of of GDP by 2030 and the UK’s regulatory divergence from the European Union would be accelerated.

“I am the only candidate with a clear and credible plan for economic growth,” the leadership hopeful said.

“I am the only person who can deliver the change we need on the economy – in line with true Conservative principles – and the only person capable of stepping up and leading the response to Ukraine and the increased security threat that the free world faces.”

On the eve of the MPs’ final vote to decide the final two candidates, Ms Truss, who is being backed by Boris Johnson’s most loyal allies, denied the contest had damaged the Tory brand and insisted the party was in a “positive place”.

She added: “I’m not in any way saying what’s gone on has been perfect”.

The issue of tax has dominated the race to replace Boris Johnson with both Ms Truss and Penny Mordaunt criticising Rishi Sunak’s refusal to cut taxes if he wins the leadership.

It comes after Ms Truss’s tax-cutting promises were criticised by former Cabinet minister David Davis as having “gone a bit far”.

Mark Flanagan earlier told the BBC that debt-financed tax cuts at the current time “would be a mistake”.