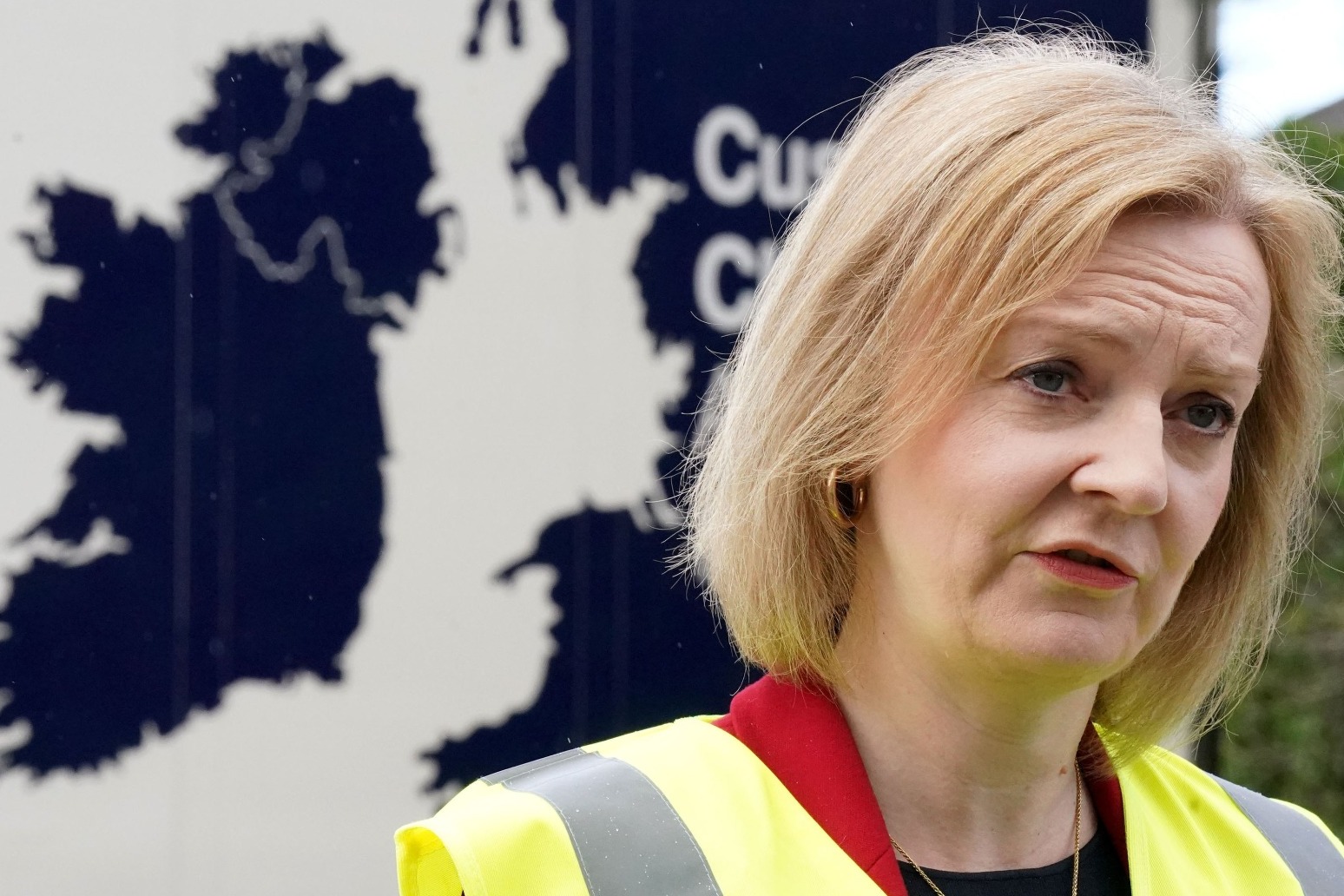 Legislation relating to the Northern Ireland Protocol is “both necessary and lawful”, Foreign Secretary Liz Truss has said, warning “we simply can’t allow the situation to drift”.

Ms Truss told MPs “we remain open to negotiations with the EU”, but added “in the absence of the EU being willing to change the Protocol, we are pressing ahead with legislation”.

Last week the Government tabled a Bill at Westminster that would empower ministers to override much of the contentious post-Brexit trading regime it agreed with the EU in the withdrawal talks.

Her comments came as opposition MPs voiced concerns in the Commons over the impact of the Government’s proposals.

Speaking during FCDO questions, Ms Truss said: “We have been clear with the EU that the Northern Ireland Protocol needs to change in order to uphold the Belfast Good Friday Agreement, ensure that we have free flow of goods from east to west and also protect the north-south relationship.

“Our preference is a negotiated solution, but in the absence of the EU being willing to change the Protocol, we are pressing ahead with legislation.”

Labour’s Hilary Benn (Leeds Central) asked: “On the Northern Ireland Protocol Bill, which we note with interest has not yet found a date for its second reading, is there any precedent where the UK has cited the legal concept of necessity for over riding a treaty that it has freely entered into?

“Bearing in mind in this case, the Government not only negotiated and signed the Northern Ireland Protocol, but the Prime Minister at the time described it as being and I quote ‘in perfect conformity with the Good Friday Agreement’.”

Ms Truss replied: “We are very clear that our legislation is both necessary and lawful and we have published a Government legal statement laying out exactly why that is.

“Our priority as the UK Government is the Belfast Good Friday Agreement and we know that the Northern Ireland Protocol is undermining that agreement.

“We haven’t seen the institutions in Northern Ireland functioning since February and we know that the issues caused are baked into the Protocol, namely the customs provisions and the VAT provisions, so we do need to change that.

“As I’ve said, we remain open to negotiations with the EU and that is our preferred course, but they have to be willing to change those issues which are causing real problems to the people of Northern Ireland.”

Alliance MP Stephen Farry (North Down) cautioned: “The key ingredient in all of this is trust and partnership. The minister’s bill is entirely counterproductive in that respect.”

Ms Truss replied: “We are very open to negotiations with the EU, but they do have to be prepared to change the Protocol itself because the problems we’ve got on customs, on the people of Northern Ireland not being able to access the same VAT benefits as the people in Great Britain are baked into the protocol itself.

“And the legislation we’re putting forward with green lanes and red lanes protects the EU single market, it doesn’t make the EU any worse off, at the same time as it enables free-flowing trade from east to west. We need to get both of those things achieved. I want to do it with negotiations, but we’ve been trying for 18 months.