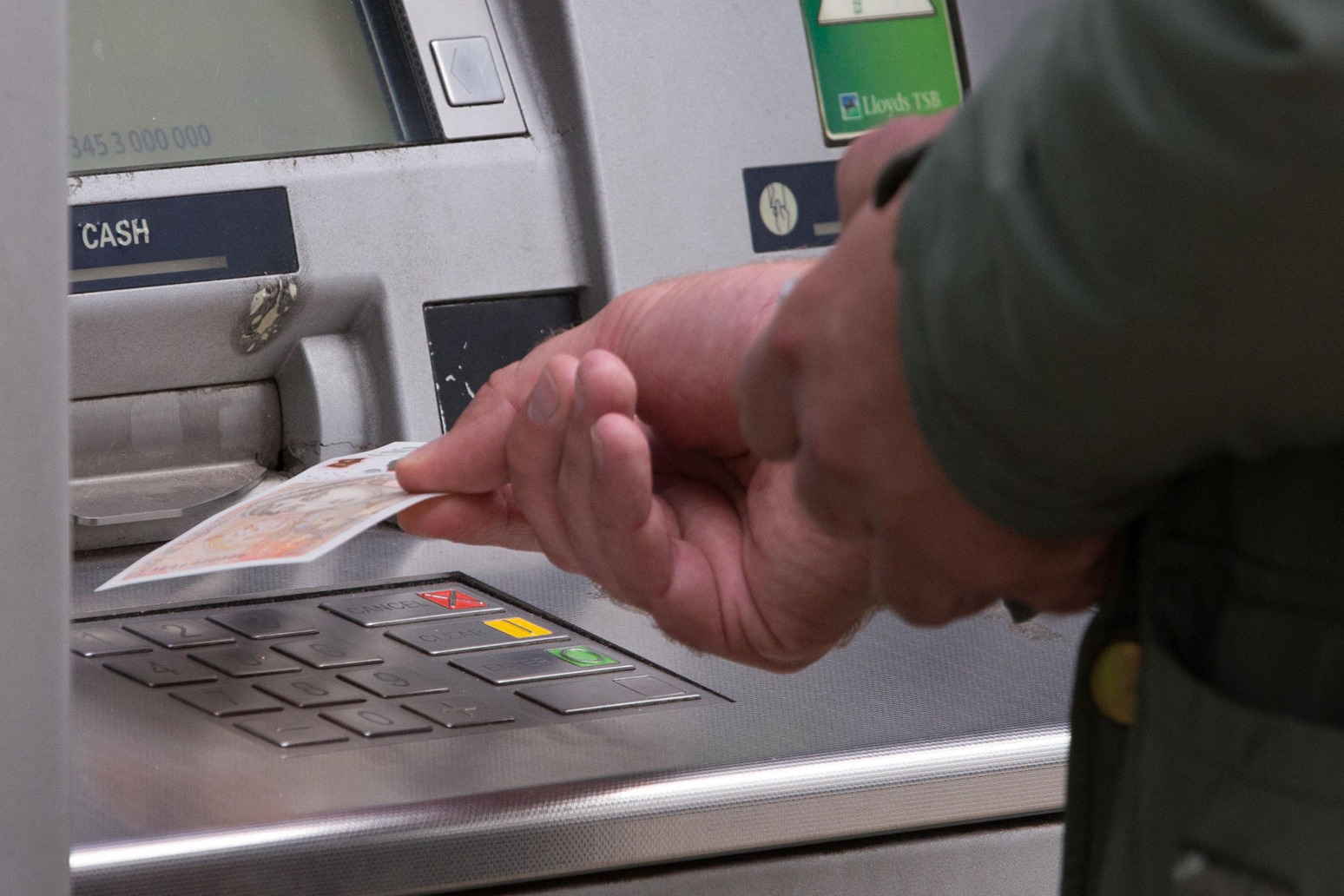 Average withdrawals from machines are just under 80 pounds

People are withdrawing nearly £100 million less each day from ATMs compared with in 2019, according to cash machine network Link.

Before the coronavirus pandemic hit, adults across the UK visited ATMs three times a month on average.

But visits have since declined to fewer than twice a month on average.

Customers now take out around an extra £10 during each visit, Link said, at just under £80 typically.

The total value of Link ATM withdrawals is currently running at around £1.6 billion a week, compared with around £2.2 billion in 2019.

The network said this year, it has heard from over 400 communities wanting better cash access.

It has installed over 70 ATMs across the country in response to those requests and a further 30 in areas identified as lacking cash access.

Link said it is encouraging people to speak up if they find it difficult to access cash free of charge.

Nick Quin, head of financial inclusion, Link, said: “People are choosing new ways to pay for things, and Covid has turbocharged the switch to digital.

“When we conducted similar analysis this time last year, we had an incomplete picture because before the vaccine rollout people generally were staying local, working from home and many leisure locations were still temporarily closed.

“ATM use in some city centres had declined by as much as 80% overnight (in Westminster, Glasgow and Edinburgh in March 2020).

“Now that life is returning to normal, people are still visiting ATMs much less often and taking out more each time.

“Crucially, even though we’re withdrawing almost £100 million less per day, millions still rely on cash, especially in the most deprived areas of the country. It is important we continue to protect access to cash across the country.”

The UK Government has pledged to legislate protect the future of cash.

Here are the top 10 constituency areas with the smallest percentage declines in the volume of cash withdrawals, comparing August 2019 with August 2021, according to Link:

And here are the top 10 constituency areas with the biggest percentage declines in the volume of cash withdrawals, comparing August 2019 with August 2021, according to Link:

And, over the same period, here are the percentage changes in the volume of withdrawals, the increase in the average amount of cash withdrawn per withdrawal and the change in the total typical amount withdrawn each day, according to Link: