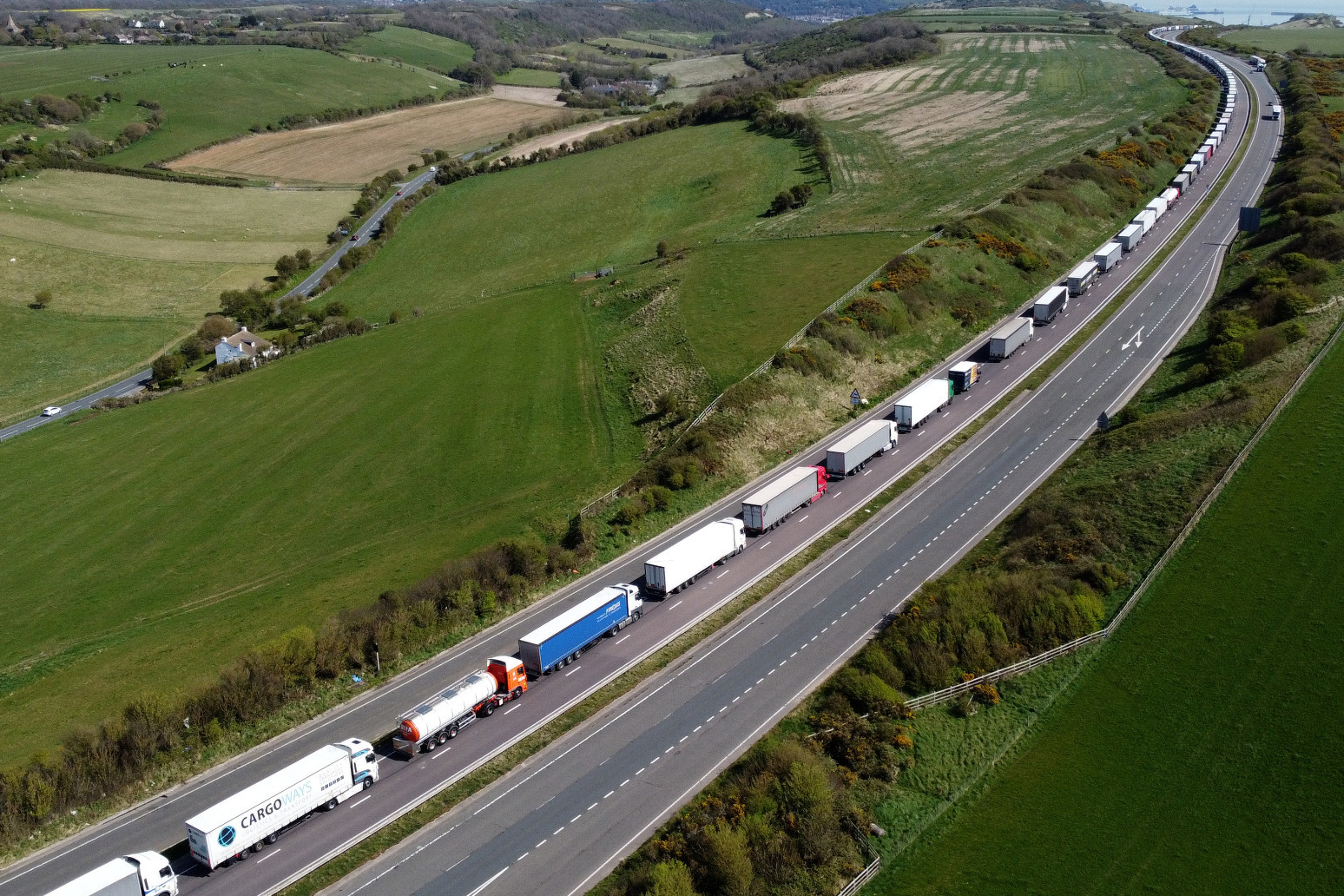 That’s according to a cross-party group of MPs

The road haulage sector should be given a two-year deadline to improve conditions for lorry drivers and recruit more workers or face a new tax, ministers have been told.

A cross-party group of MPs has called for the logistics industry to “get its house in order”, including better overnight facilities for drivers and new training routes to recruit more hauliers, as the sector faces labour shortages.

But the Commons Transport Select Committee said that if the changes are not made within two years, then the most profitable parts of the sector should face a new tax.

Under the proposed Supply Chain Levy, large supermarkets, oil companies and online service giants could be forced to pay towards the cost of new facilities for heavy goods vehicle (HGV) drivers.

Huw Merriman, the Conservative chairman of the committee, said: “We urge Government to be brave and force the sector to get its house in order. A Supply Chain Levy has worked previously to incentivise reform.

“If the industry won’t deliver change, Government should do so and send them the bill via increased taxes to those who produce and sell and make the most profits.”

Over the last year, a lack of HGV drivers has created a bottleneck in the supply chain, leading to fuel shortages at petrol pumps and empty shelves in major supermarkets.

The committee’s report, Road Freight Supply Chain, says “a key reason drivers do not stay in the sector is the lack of high-quality rest facilities”.

It is calling for minimum standards of facilities, including security, clean showers and toilets, healthy food options, and services for female drivers.

The report highlights testimony from drivers who “criticised poor washing facilities” at overnight stay areas for HGV drivers, including dirty and “vandalised” showers.

It also said that some drivers shun using official facilities and park in lay-bys overnight instead, a practice called fly-parking which can lead to fines.

One driver quoted in the report criticised poor security at legal stopping places, claiming he would “pay £37 a night to sleep in my cab and have my tyres slashed” if he did not stay in a lay-by.

The report says that if the industry does not adopt a “sector-wide solution” and improve conditions at services for drivers within two years, then the Government should step in and impose the Supply Chain Levy to fund new facilities.

The committee has called for haulage companies to pay for the special training needed to drive a HGV, currently covered by drivers themselves.

It said this could also be funded through the levy if the industry does not step up.

The committee also highlighted the ageing and mostly male workforce in road freight, stressing that more needs to be done to encourage women and younger people into driving HGVs.

Mr Merriman said: “The long-term solution lies in moving more freight to rail and water. This will help decarbonise the sector and make it more attractive to drivers who want to operate over shorter distances; drivers who want to see their families at the end of a hard day rather than facing anti-social and dangerous nights sleeping in their cabs.

“In the near-term, we need better conditions to make moving essential goods a sound career choice.”

He added: “We’ve been here before. In 2016, the Transport Committee called for action in the haulage sector but little changed. Lack of diversity is holding expansion in the workforce back.

“Women make up as little as 1% of the workforce. The proportion of under-25s is under 3%. For too long, this lack of diversity has seen more drivers retiring than being recruited.”

A Department for Transport spokeswoman said: “We recognise the global challenges this critical sector faces and have taken an unprecedented 33 measures so far to address the HGV driver shortage.

“This includes making 11,000 training places available through our skills bootcamps so more people can launch careers as HGV drivers, boosting the number of HGV driver tests and investing in improvements to lorry parking and driver welfare facilities.

“Tackling global supply chain constraints remains a top priority for Government and we’ll continue to support the road freight sector through our interventions.”