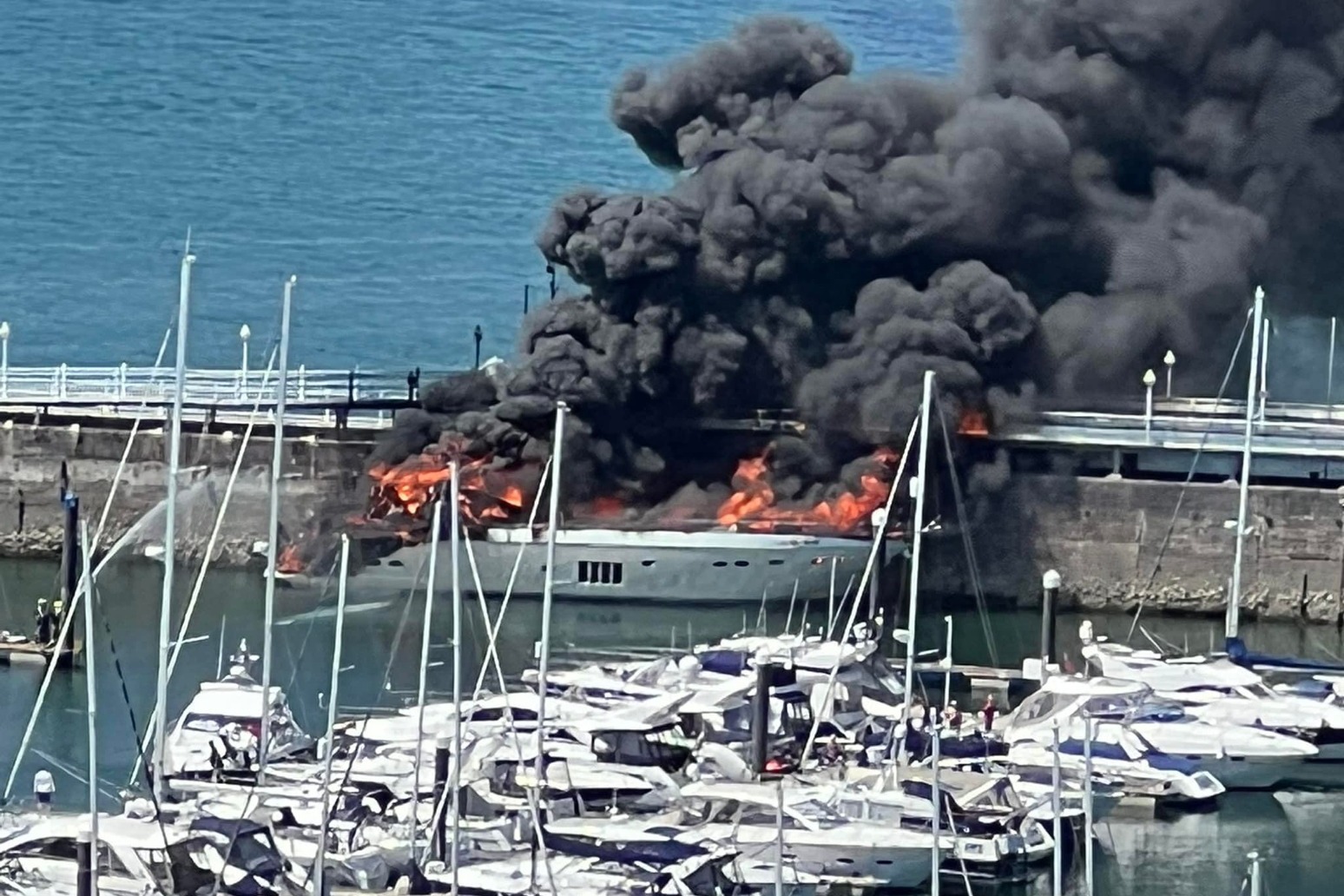 A major clean-up is under way after a superyacht carrying an estimated eight or nine tonnes of fuel burst into flames and sunk in a Devon marina.

Police are investigating the blaze on the 85ft motorboat in Princess Pier, Torquay on Saturday, but say the cause is currently unexplained.

The boat is believed to have caught fire and broke away from its mooring but was later secured by firefighters near the pier, police said.

There have been no reported injuries but the Environment Agency (EA) issued two pollution alerts for beaches close to the marina on Saturday.

An EA spokesperson said: “The last I was aware last night, contractors are being brought in by the Harbour Authority, our team is supporting them, more equipment was going to go down today to help clean up and they are trying their best to contain the fuel as best as possible to the yacht, and they were hoping they might actually be able to salvage some of that (the fuel).

They added the exact amount of fuel carried on the yacht was uncertain, but it was thought to be at least eight tonnes: “There seems to be varying ideas, the figure I was told was an estimated nine tonnes but other people are saying eight tonnes.

“That is the figure I have been told within the EA.”

On the potential pollution impact, they added: “That is something they will be looking into. The EA yesterday issued two notifications for the nearest beaches of possible pollution but at the moment we don’t know how far it is likely to spread.

“They are trying their best to keep it away from the beaches, there is no guarantee that they will but we are working really hard to try and stop it going out.

“It is too early to say what might be (the) effect on the beaches at the minute.”

Torquay Marina issued a statement on Facebook on Saturday saying: “We had to deal with a major incident today. Sadly one of our boats was destroyed by fire.

“I can confirm there were no casualties or other boats damaged.

“Due to a fantastic team effort by the emergency services, harbour authorities, my staff, and our customers, we were able to contain the emergency situation and avoid a major catastrophe.

“Thank you to everyone who helped today, you were amazing.”

Emergency services had declared a major incident and officers evacuated a nearby beach and roads, with one witness describing the blaze as “like a fireball”.

The Harbour Authority, Torquay Marina and Devon and Cornwall Police have been approached for updates.