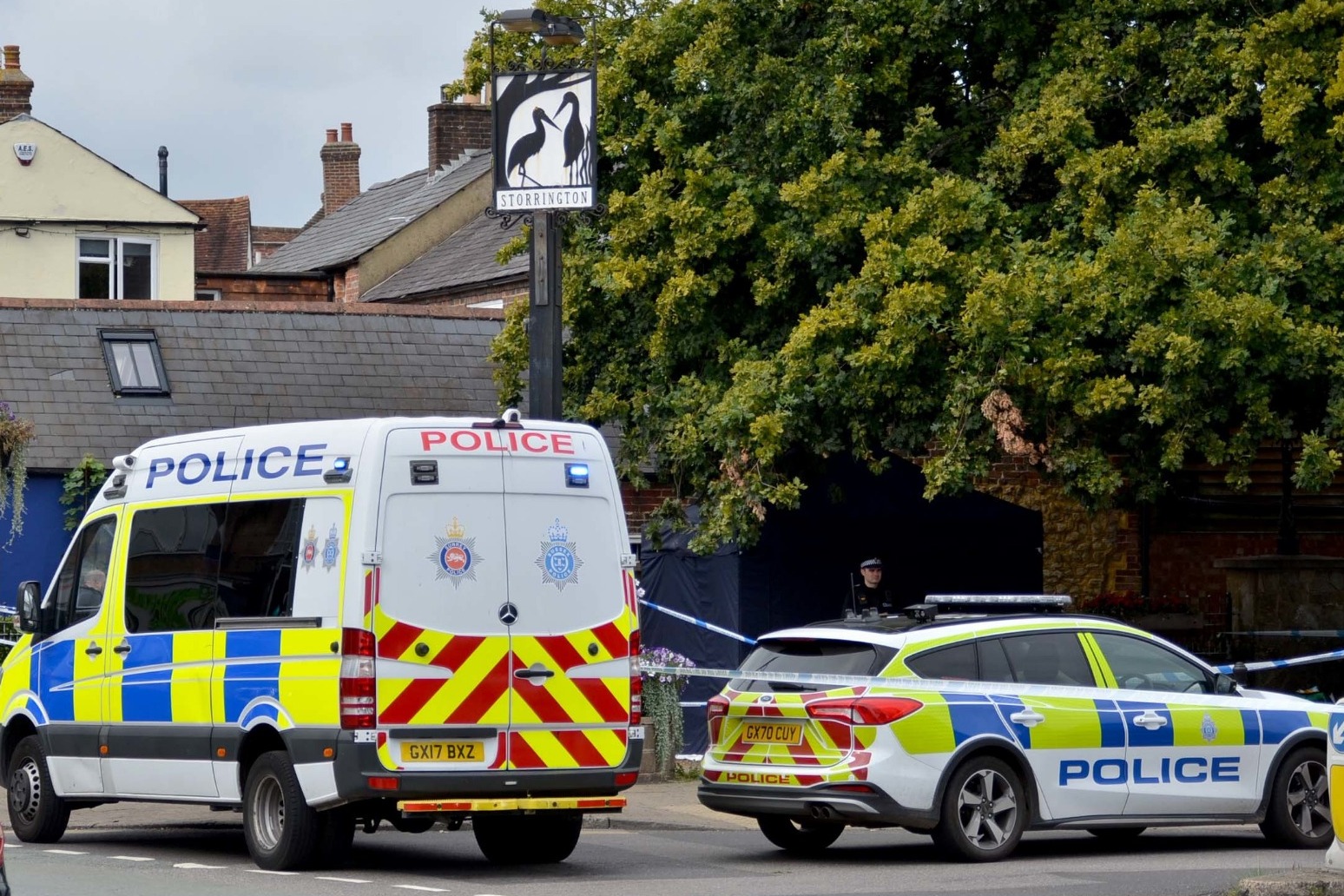 Residents of a quiet, rural community say they are “devastated” after one man died and another was arrested on suspicion of murder.

Police responded to a report of a man unconscious in High Street, Storrington at 10.05am on Sunday, but he was pronounced dead.

The road was closed for several hours while police, including forensic officers, investigated.

The cordon has since been removed and there were no officers at the scene on Sunday night.

A Sussex Police spokesman said it was an “isolated incident and there is no danger to the wider community”.

Skye, 19, a bartender at the nearby The Moon pub, said: “All we heard was sirens and then lots of screaming and shouting.”

She tried to give the man privacy and added: “The next thing I knew, I could just see the police officers doing CPR.

“The heartbreaking thing is witnessing them give CPR to someone and then it has not worked – it is not something I wanted to witness.”

Several people said they had heard a dispute involving a dog had taken place, though none had seen it happen.

Skye added: “Apparently he had a dog with him and that was what it was all over, but we are not sure, we have had multiple people come in here today and say a different story.”

Factory worker Adrian Judd, 31, who lives about five minutes away, was out at about 10am when he spotted a woman talking to police, and a body on the ground with a “blanket on him”.

He said: “It was quite disturbing.”

Ricky Mercer, 32, a landscape gardener, who has lived Storrington all his life, said he feared knew the man who died.

He said: “It was a legend of the village that (died) today, I’m devastated about it.

“I’m sure it was a man that’s lived in this village all his life. Born and bred village man, he didn’t deserve it.

“It’s devastating, we don’t expect it to happen, especially not in Storrington – a peaceful little village.

“We are all heartbroken.”

Police have yet to publicly confirm the man’s identity but his family are being supported by specialist officers.

Another man, who would not give his name, said: “I walked to get myself some cigarettes and saw as they were trying to resuscitate him. ”

Just before 4pm on Sunday, Andrew Griffith, Tory MP for Arundel and South Downs, tweeted: “As the local Member of Parliament, I am in touch with @sussex_police about the incident.

“They are at the scene and the investigation is ongoing and being overseen at the most senior levels.

“Important they are allowed to quickly establish the facts.”