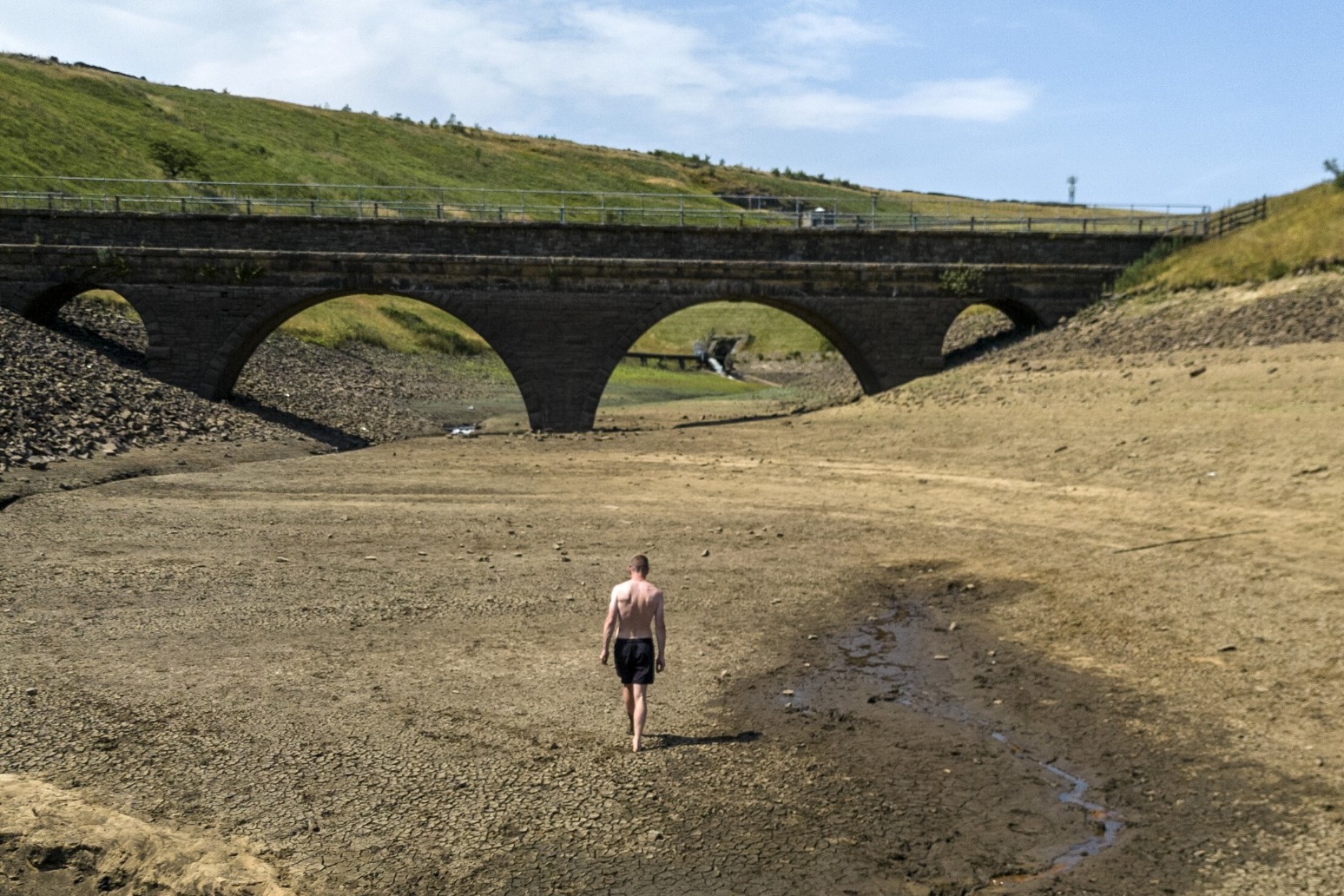 Infrastructure advisers are calling for a national hosepipe ban and compulsory water metering as the nation braces for drought.

The National Infrastructure Committee (NIC) has said water needs to start being managed better across the UK, otherwise the country could face a future of queueing for emergency bottled supplies “from the back of lorries”.

“That could be investing in new reservoirs or moving water around the country, as well as stopping leaks.”

The committee’s warning – which has been backed by the Rivers Trust – comes as the first hosepipe ban of the year comes into force following the recent heatwave and one of the driest starts to the year on record.

Southern Water is to impose the temporary use ban on its customers in Hampshire and the Isle of Wight from Friday August 5.

This will mean hosepipes cannot be used to water gardens or clean cars, and ornamental ponds and swimming pools must not be filled.

The restriction is the first to be put in place in the region since 2012, with Southern Water saying river flows are down 25% as a result of one of the driest years on record.

A hosepipe ban was also introduced on Friday on the Isle of Man by Manx Utilities.

The Rivers Trust and the Angling Trust echoed the NIC’s calls for more mindful water use across the country as the situation is predicted to become more dire in the years ahead.

Mark Lloyd, from the Rivers Trust, told The Observer: “There needs to be a nationally co-ordinated publicity campaign to reduce water use, and universal water metering.

“Low flows in rivers are disastrous for wildlife and, ultimately, we need to take much more care of this incredibly precious resource.”

Mark Owen, of the Angling Trust, criticised the Government for its lack of planning for extreme weather, telling The Observer: “There is no strategic, coherent, joined-up approach. The reaction is always knee-jerk.

“What happens when we get to this stage – when it is very dry and hot – is that all of a sudden usage shoots up as people fill paddling pools and water their gardens.”

The Met Office said it has not just been a dry July, but figures also show that England has had the driest eight-month period from November 2021 to June 2022 since 1976, when the country struggled with severe drought.

This year the temperature reached 38.1C in Santon Downham in Suffolk on July 18 and a record-breaking 40.3C in Coningsby in Lincolnshire on July 19.

South-east England clocked up 24 days of zero average rainfall between June 1 and July 24 this year, Met Office figures show. In the same period in 1976, the region experienced 36 days without rain.