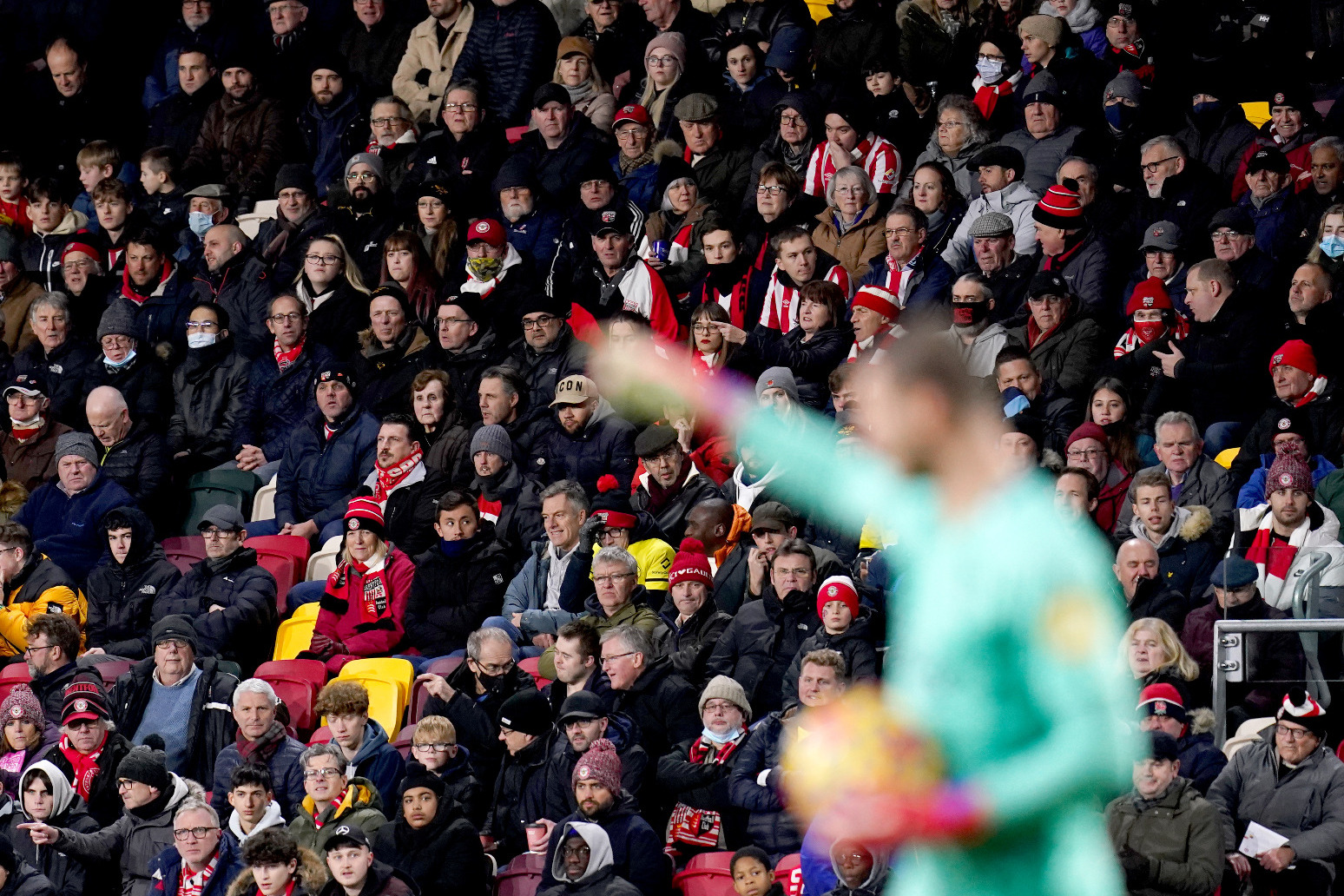 Brentford’s Premier League clash with Manchester United has been postponed due to a Covid-19 outbreak at the Old Trafford club.

The Tuesday night fixture at the Brentford Community Stadium will be rescheduled by Premier League chiefs.

United revealed in a statement that positive Covid tests would require “ongoing surveillance”, leaving the fixture unplayable in its original scheduling.

Tottenham’s Europa Conference League game against Rennes slated for December 9 had to be postponed, and was unable to be rescheduled.

The postponement of another high-profile fixture so quickly after Spurs’ troubles will raise fears over the rising impact of Covid amid the rapid spread of the Omicron variant.

The Premier League also announced on Monday a record 42 players and staff tested positive for Covid in the previous week, the highest number since 40 cases were reported in January.

“Manchester United can confirm that our Premier League fixture at Brentford FC has been postponed and will be rescheduled in due course,” read a United statement.

“A decision was taken to close first team operations at the Carrington Training Complex for 24 hours to help minimise risk of further infection, and individuals who tested positive are isolating in line with Premier League protocols.

“Given cancellation of training and disruption to the squad, and with the health of players and staff the priority, The Club requested the match to be rearranged.

“The Premier League Board took the decision to postpone based on guidance from medical advisors.

“Manchester United regrets the inconvenience caused to Brentford FC and to the fans of both clubs by Covid-19.”

Brentford apologised to fans for the disruption while fully accepting the Premier League decision.

“Following medical guidance, the Premier League Board have postponed Tuesday night’s match against Manchester United due to the exceptional circumstances of an ongoing Covid-19 outbreak within the Manchester United squad,” read a Brentford statement.

“We appreciate that there will be many fans who will be inconvenienced with the fixture postponement and we apologise for the disruption, which was out of our control, but we respect the Premier League’s decision and acknowledge that the health and safety of both clubs’ players and staff must always come first.

“We wish everyone affected a speedy recovery and look forward to hosting Manchester United at the Brentford Community Stadium in the new year.

“The rearranged match details will be confirmed and communicated in due course. All match tickets will remain valid for the rearranged fixture.”