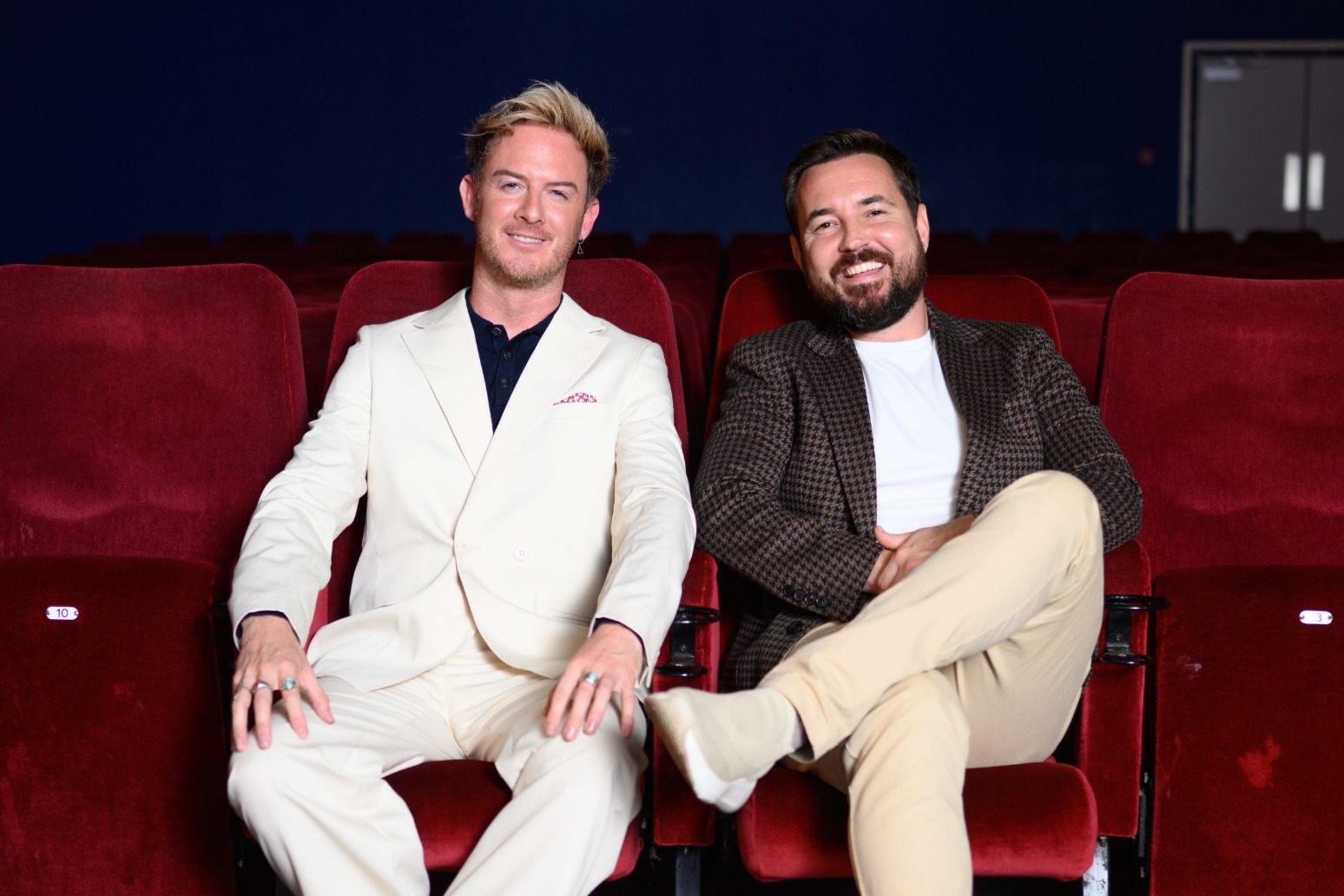 Martin Compston worried viewers would find him “annoying” in a new six-part series charting his road trip around Scotland with presenter Phil MacHugh.

Martin Compston’s Scottish Fling had its premiere at Greenock’s Waterfront Theatre – a location specifically requested by Compston as a nod to his hometown.

The six-part series took Compston and MacHugh from Greenock on Scotland’s west coast, where Compston lives, on a six-week adventure.

Compston shared his anxieties about the contrast of appearing as himself on television, having spent his career acting in roles such as Steve Arnott in Line Of Duty.

“It’s quite nerve wracking because you’ve got the character to hide behind.

He joked: “That’s the thing about doing it with your pal: we can split the annoyance between us.”

The Sweet Sixteen star said the show will provide “escapism” for viewers in “this week of all weeks” after Liz Truss was elected as prime minister on Monday.

Compston has previously voiced his support for Scottish independence.

He felt it was important for the journey to begin and end in Greenock to showcase the town as a “hidden gem”.

“I’m very proud to be from here, it’s a huge part of my identity,” he said.

“The fact we can keep bringing stuff back here is a real joy.

“I love it here, so the more I can show it off, the better.”

For MacHugh, it was important for the pair to get a “full story” of what Scotland has to offer.

“People don’t really get a chance to see places like Greenock,” he said.

“I think it was important for both of us to kind of get a full story of what Scotland has to offer.

“It’s a very vibrant, exciting country again, and I think we forget that at times.”

Scotland’s east coast proved to be one of MacHugh’s highlights, while seeing where he grew up on the Western Isles was one of Compston’s best parts.

“There was a bit of a family gathering happening down the house and all of a sudden Phil was back down on the quad bike like Action Man getting back into it,” Compston said.

MacHugh said taking Compston back to where he grew up was “quite special”.

Both MacHugh and Compston say they have championed Scotland throughout their adult life and the series provides an opportunity to take it a step further.

Compston said they tried to provide something different from some travel shows, where places that are “a bit silly” are showcased.

He said: “I can’t speak for other travel shows but there’s absolutely not a hint of meanness.

“We are just genuinely happy to be wherever and trying to show off everything we can.

“I think we found some real proper little gems and hopefully they’ll go there once the show’s out there.”

The first episode airs at 10pm on Thursday September 8 on BBC Scotland.