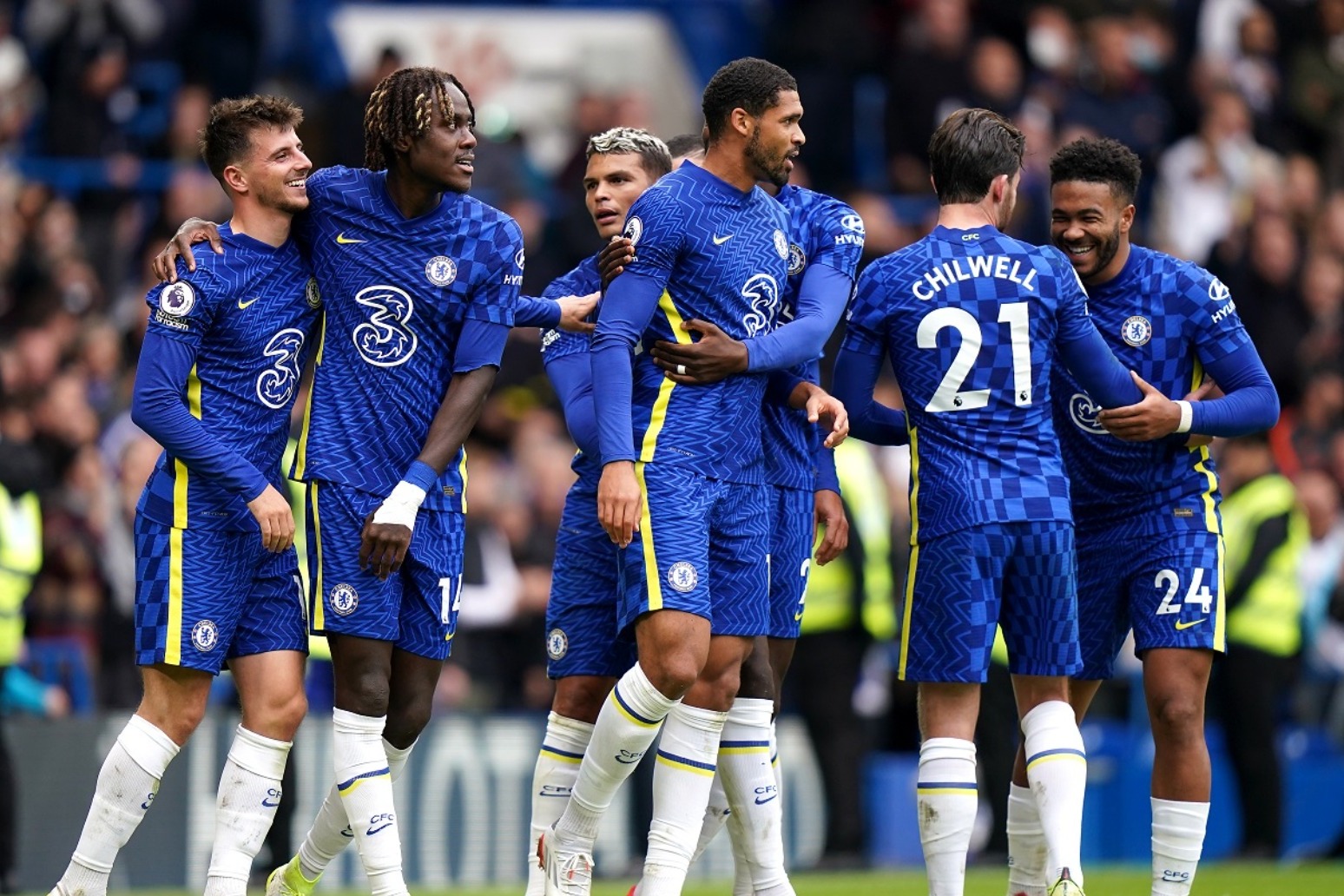 Elsewhere, Watford beat Everton 5-2, and there were a few draws in the other games

England left-back Ben Chilwell then drilled in his fourth goal in five games for club and country, Max Aarons put through his own net and the Canaries had Ben Gibson sent off for two yellow cards.

Mount converted an 85th-minute penalty at the second attempt, failing with his first effort only to be reprieved as Tim Krul moved prematurely off his line.

And, right at the last, England star Mount tapped home from Ruben Loftus-Cheek’s cross to walk off the field with the match ball.

Newcastle claimed their first point under new ownership as caretaker manager Graeme Jones led them to a 1-1 draw with Crystal Palace at Selhurst Park.

Palace thought they had won the game in the 87th minute through Benteke, but a VAR check saw it ruled out for a foul.

Watford engineered a stunning late turnaround to claim a 5-2 victory over Everton at Goodison Park.

Richarlison looked like he might have marked his return from injury with the winner after putting the Toffees back ahead in the 63rd minute, Josh King having previously cancelled out Tom Davies’ very early opener.

But Juraj Kucka equalised in the 78th minute to kick off a remarkable end to the game for the visitors.

King struck again against his former club two minutes later and then completed his hat-trick in the 86th minute before Emmanuel Dennis added a fifth in injury time.

Maxwel Cornet scored twice more for Burnley but they were left still searching for a first league win of the season after drawing 2-2 with Southampton.

Cornet put the visitors ahead in the 13th minute, but intense Saints pressure paid off with an equaliser from Tino Livramento in the 41st minute before Armando Broja put them ahead five minutes after the break.

But Cornet needed only seven minutes to level with his third goal in four Premier League games for the Clarets.

Leeds salvaged a late point at Wolves thanks to Rodrigo’s injury-time penalty.

Wolves thought they had secured a fourth straight victory thanks to Hwang Hee-chan’s 10th-minute opener, but Joe Gelhardt was fouled late on and Leeds earned a 1-1 draw.