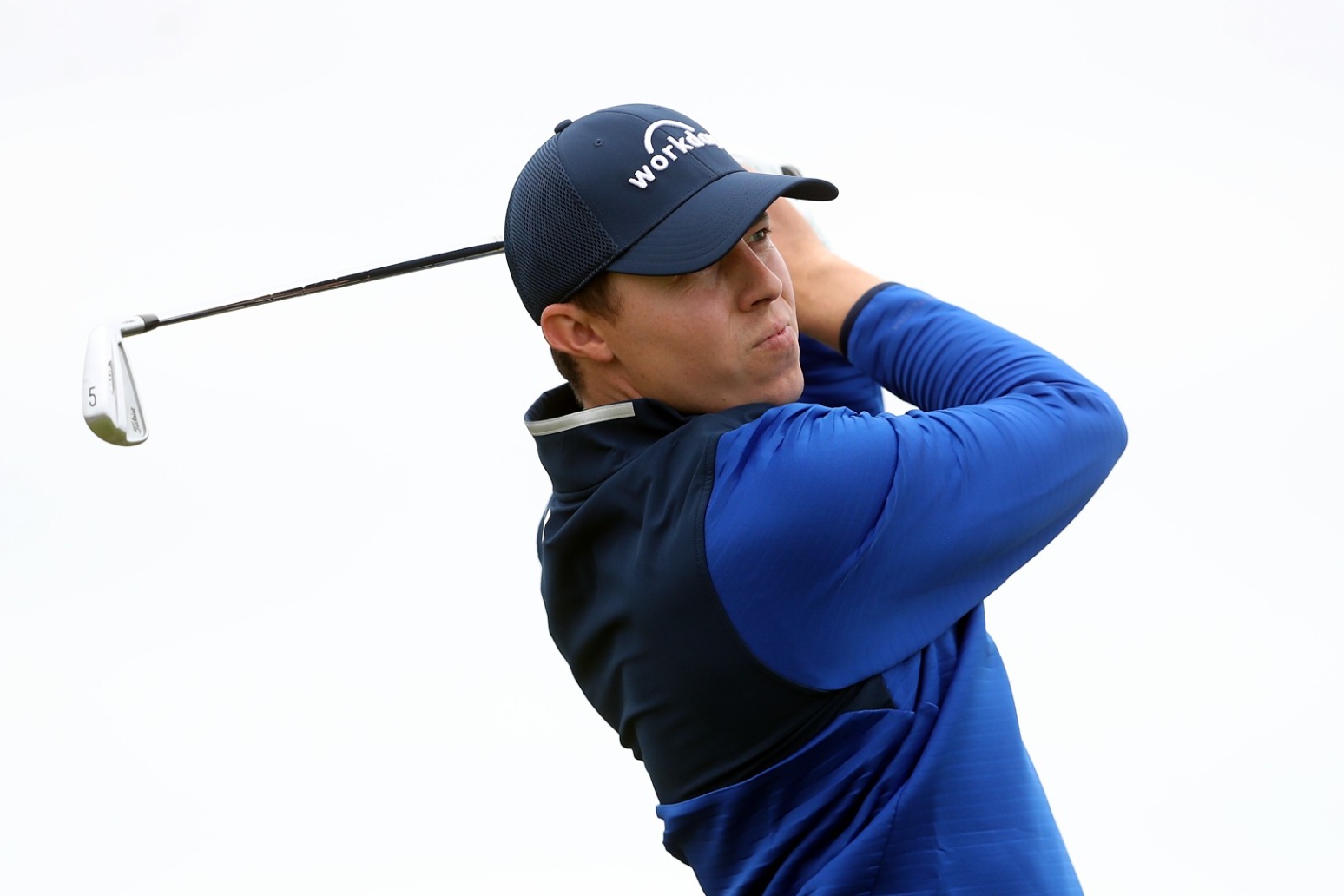 England’s Matt Fitzpatrick produced a moment of magic on his way to claiming his first major title and a historic double in the 122nd US Open at Brookline.

A shot behind playing partner Will Zalatoris with six holes to play, Fitzpatrick holed from 50 feet for birdie across the 13th green to draw level and briefly moved two shots clear with another on the 15th.

World number one Scottie Scheffler closed to within one with a birdie on the 17th and Zalatoris did likewise on the 16th, but the American agonisingly missed from 14 feet for another on the 18th to force a play-off.

The victory means Fitzpatrick joins 18-time major winner Jack Nicklaus as the only players to win the US Amateur and US Open on the same course, Nicklaus doing so at Pebble Beach in 1961 and 1972.

With his brother Alex on the bag, Fitzpatrick won the US Amateur at Brookline in 2013, the same year Justin Rose became the last Englishman to win the US Open at Merion.

For the second major in succession, Fitzpatrick contested the closing round from the final group, having partnered Mito Pereira in the US PGA at Southern Hills last month.

On that occasion a closing 73 meant Fitzpatrick missed out on the play-off between Zalatoris and Justin Thomas by two shots, Thomas securing his second US PGA title in the three-hole shootout.

Three birdies in the first five holes of the final round had vaulted Scheffler into the lead, but Fitzpatrick holed from seven feet for birdie on the third and two-putted the short par-four fifth for another after driving the green.

The 27-year-old from Sheffield then three-putted the sixth from long range to drop his first shot of the day, but his increased length off the tee paid off again on the par-five eighth as he hit the green in two to set up an easy birdie.

That took him back into a share of the lead and he soon led on his own as Scheffler dropped his first shot of the day on the 10th and then three-putted the 108-yard 11th – the hole which cost him a double bogey in round three.

Zalatoris had almost holed his approach to the seventh and also birdied the ninth to close within a shot of playing partner Fitzpatrick, who surprisingly missed from four feet for par on the 10th after splashing out of a bunker.

A birdie on the 11th took Zalatoris into the outright lead for the first time and moments later he had a two-shot lead, Fitzpatrick three-putting from just a few inches closer to the hole on an identical line.

However, Zalatoris bogeyed the 12th and saw his lead wiped out in spectacular fashion on the next, Fitzpatrick letting out a massive roar after holing from 50 feet across the green for an unlikely birdie.

Another birdie on the 15th, coupled with a bogey from Zalatoris, briefly gave Fitzpatrick a two-shot lead but Scheffler and Zalatoris kept up the pressure with birdies on the 17th and 16th respectively.

Zalatoris then left a birdie putt on the 17th fractionally short and agonisingly missed from 14 feet on the last to force what would have been a fourth straight play-off in US Opens at Brookline.

Former Masters champion Hideki Matsuyama posted a closing 65, the lowest round of the week, to claim fourth place on three under, with Rory McIlroy and Open champion Collin Morikawa sharing fifth on two under.

McIlroy felt he was just one great round from claiming a fifth major title and first since 2014 following a battling 73 on Saturday, but mixed four birdies and four bogeys in his first 14 holes and eventually signed for a 69.

Defending champion Jon Rahm began the final round just a shot off the lead but struggled to a closing 74.