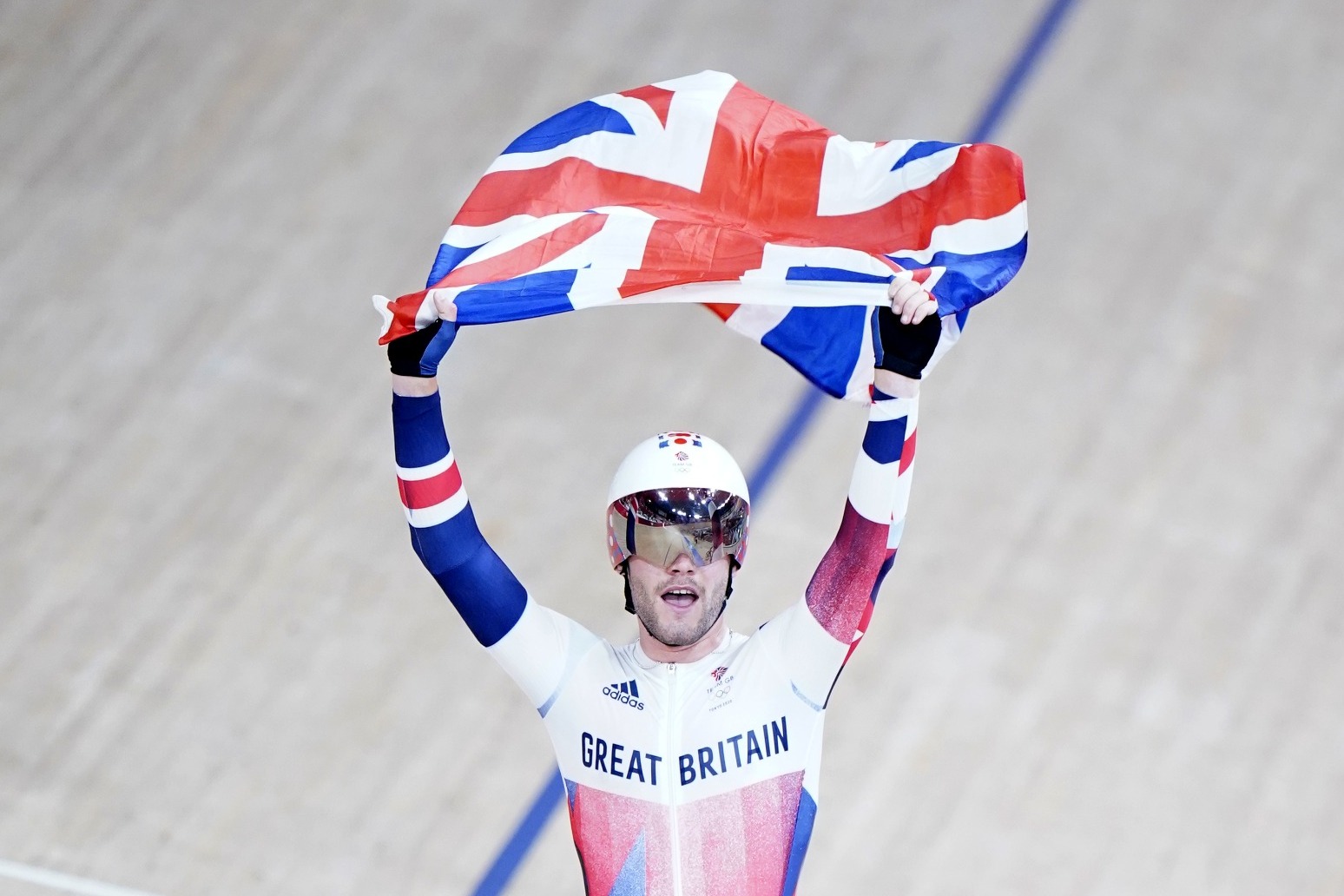 Matt Walls won gold in the Olympic men’s omnium to deliver Great Britain’s first title in the velodrome of these Games.

The 23-year-old rode smartly throughout the four-discipline event to win with a comfortable final margin of 24 points from Campbell Stewart of New Zealand.

Walls, who won the opening scratch race, went into the deciding points race with a narrow advantage of just six points but gained a lap on the field early on to take control, and could then mark his rivals for the remainder of the 100-lap event.

The omnium has changed format for these Games, with four events now squeezed into one testing afternoon of racing.

Walls, the European champion who tested positive for Covid-19 in March, jointly led alongside Jan Willem Van Schip and Benjamin Thomas after the tempo race, but then outlasted the pair in the elimination race to take a narrow advantage into the decider.

And he wasted little time in taking control as he gained a lap alongside American Gavin Hoover, winning the second sprint in the process.

That gave him a cushion of 30 points over the field, and from then on he could mark the likes of reigning champion Elia Viviani, Thomas and Stewart to the finish.