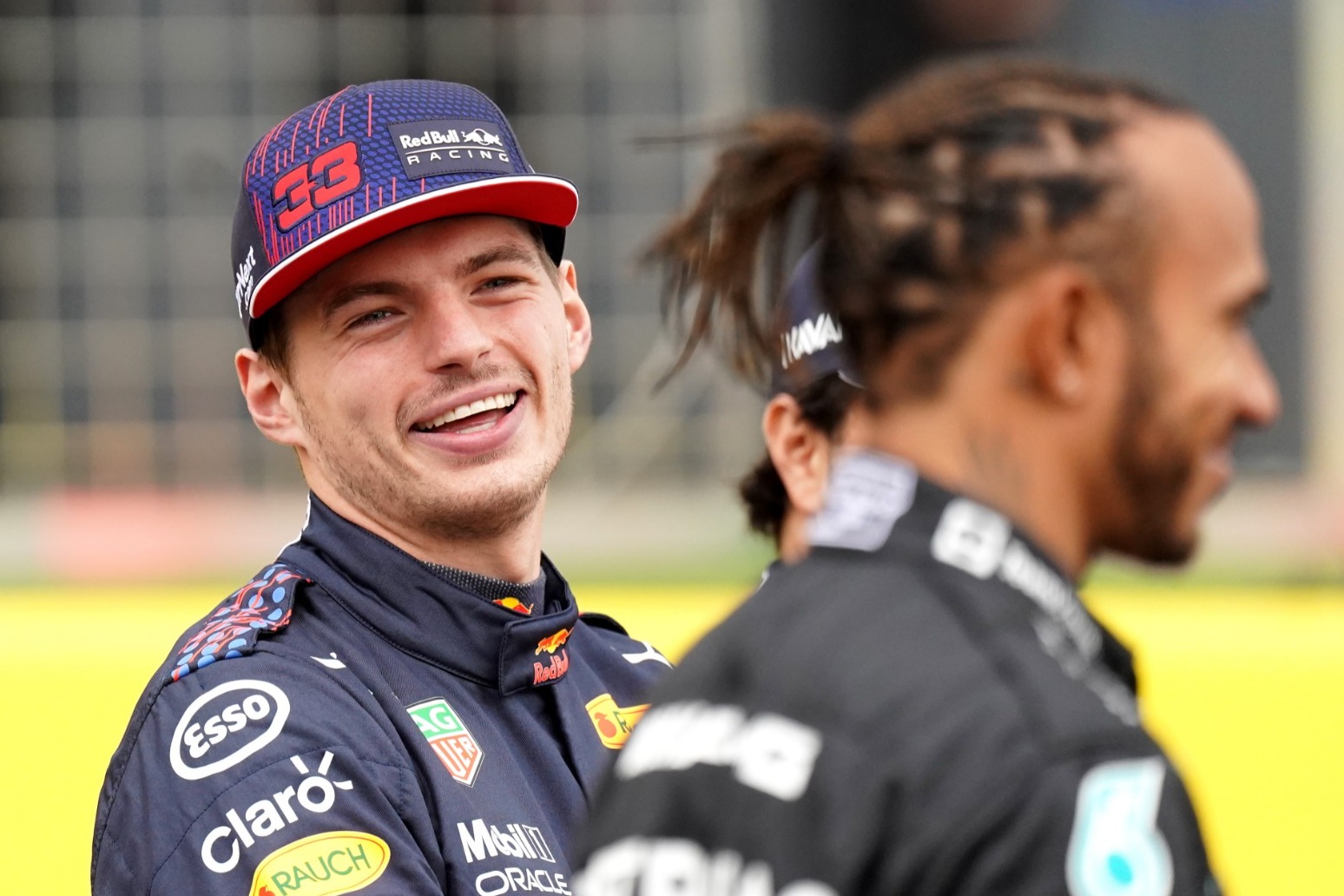 Hamilton, who is six points behind Verstappen, overtook the Red Bull driver at the concluding left-hander in Friday’s second session in Austin.

Verstappen temporarily ran off the track before racing wheel-to-wheel with Hamilton on the start-finish straight at 180mph.

Hamilton held the inside line heading into the opening bend, with Verstappen eventually conceding the position.

Hamilton raced off into the distance, with Verstappen – who in the build-up to the race spoke of the need to “move on and forgive” after the pair’s recent run-ins – shouting “stupid idiot” over the radio.

Verstappen then gesticulated at Hamilton by raising his middle finger in the Briton’s direction.

Verstappen was forced to abandon a further two laps due to traffic, provoking yet further anger from inside the Dutchman’s helmet.

Without posting a representative qualifying time, Verstappen finished only eighth, 0.878 seconds behind Sergio Perez who set the pace in the other Red Bull.

Commenting on the flashpoint with Hamilton, Verstappen said: “We were all lining up to go for a lap, so I don’t really understand what happened there.”

Valtteri Bottas, who finished fastest in the opening one-hour running at a sizzling Circuit of the Americas, ended the final action of the day in fourth.

The Finnish driver will serve a five-place grid penalty for Sunday’s race after taking on his sixth Internal Combustion Engine of the campaign.

There will be cause for concern at Mercedes with Williams’ George Russell and Aston Martin driver Sebastian Vettel also due to serve engine penalties here for change of parts. Both drivers are powered by Mercedes.

Fernando Alonso, who broke down in the opening minutes of the morning action, then suffered a big spin off at the penultimate corner later in the day, exiting backwards into the gravel before limping back to the pits.

F1 is back in America for the first time in two years and the grandstands were packed for Friday’s action, with more than 140,000 fans – the greatest attendance figures of the season so far – expected for Sunday’s race.