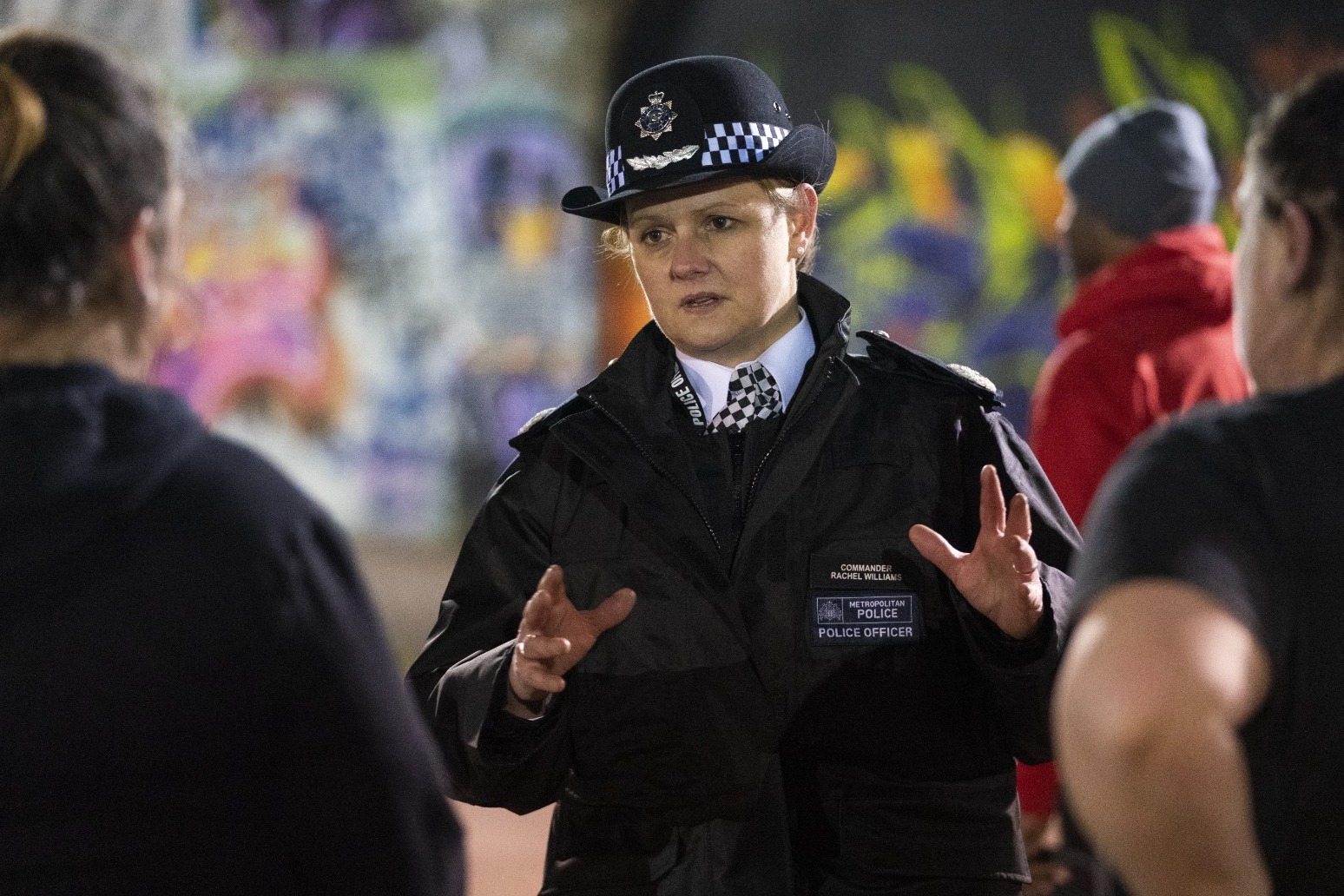 The Metropolitan Police is launching a “walk and talk” initiative where women can raise concerns to officers in an effort to improve their safety and rebuild public trust in the force in the wake of a series of scandals.

The scheme is being rolled out across London on International Women’s Day on March 8 and will see members of the public go out on patrol with officers and point out areas where they feel vulnerable.

It was first started by a police officer in south London’s Lambeth in the wake of the murder of Sarah Everard last March.

Commander Rachel Williams, who went on a walk and talk in Peckham on Thursday evening, told reporters: “It’s about a genuine understanding, a real conversation, a proper dialogue around what worries people, talking about some of those concerns and what we can do, for example, for younger people.

“It’s about us working jointly to try and gain that understanding and then use that information in a way that’s really positive and proactive.”

Ms Williams said the force was “really saddened” by the erosion of public trust and “determined” to rebuild it.

The Met has faced a barrage of criticism recently, including over its handling of the case of Miss Everard, who was raped and murdered by a serving officer.

There was also fury over the subsequent treatment by the police of mourners at a vigil held in Ms Everard’s memory during coronavirus restrictions, and the sharing of photographs of two murdered sisters, Bibaa Henry and Nicole Smallman, by officers.

The final straw, however, was a report by the police watchdog earlier this month which exposed violently racist, misogynist and homophobic messages exchanged by officers based at Charing Cross police station between 2016 and 2018.

Ms Williams, who has a leading role in the Met’s trust and confidence-building efforts, said: “The last year has seen the Metropolitan Police come under intense scrutiny and we absolutely hear loud and clear from our communities that trust has been eroded and we must do more.

“I’m absolutely determined that we can do more, we’ll do it with people, and that’s why initiatives such as walk and talk today are really important to us.”

She pointed to key questions the force needs to answer.

“The first one is, how do we raise our standards internally as the Metropolitan Police Service?

“How do we improve our culture and demonstrate that to others?

“But also it’s about doing our jobs well.”

Ms Williams said the walk and talk project is part of the Met’s crackdown on violence against women and girls, which has also seen the setting up of specialist predatory offenders’ teams and the deployment of 650 new officers in city centres.

Joining her on Thursday’s walk and talk was Councillor Evelyn Akoto, cabinet member for health and wellbeing for Southwark Council.

The duo spoke to a number of people during the patrol, which started at Peckham Police Station, with two women in a nearby park telling them they do not feel confident walking alone in the area at night.

The initial idea for the scheme came from Inspector Becky Perkins from the Central South neighbourhoods team. She said: “We know there are many women out there who don’t feel completely safe walking London’s streets and we want those women to know we are here for you, we are listening and we are doing all we can to make the streets safer.”

Dame Cressida announced her resignation on February 10 after London Mayor Sadiq Khan made it clear he had no confidence in her plans to reform the service.