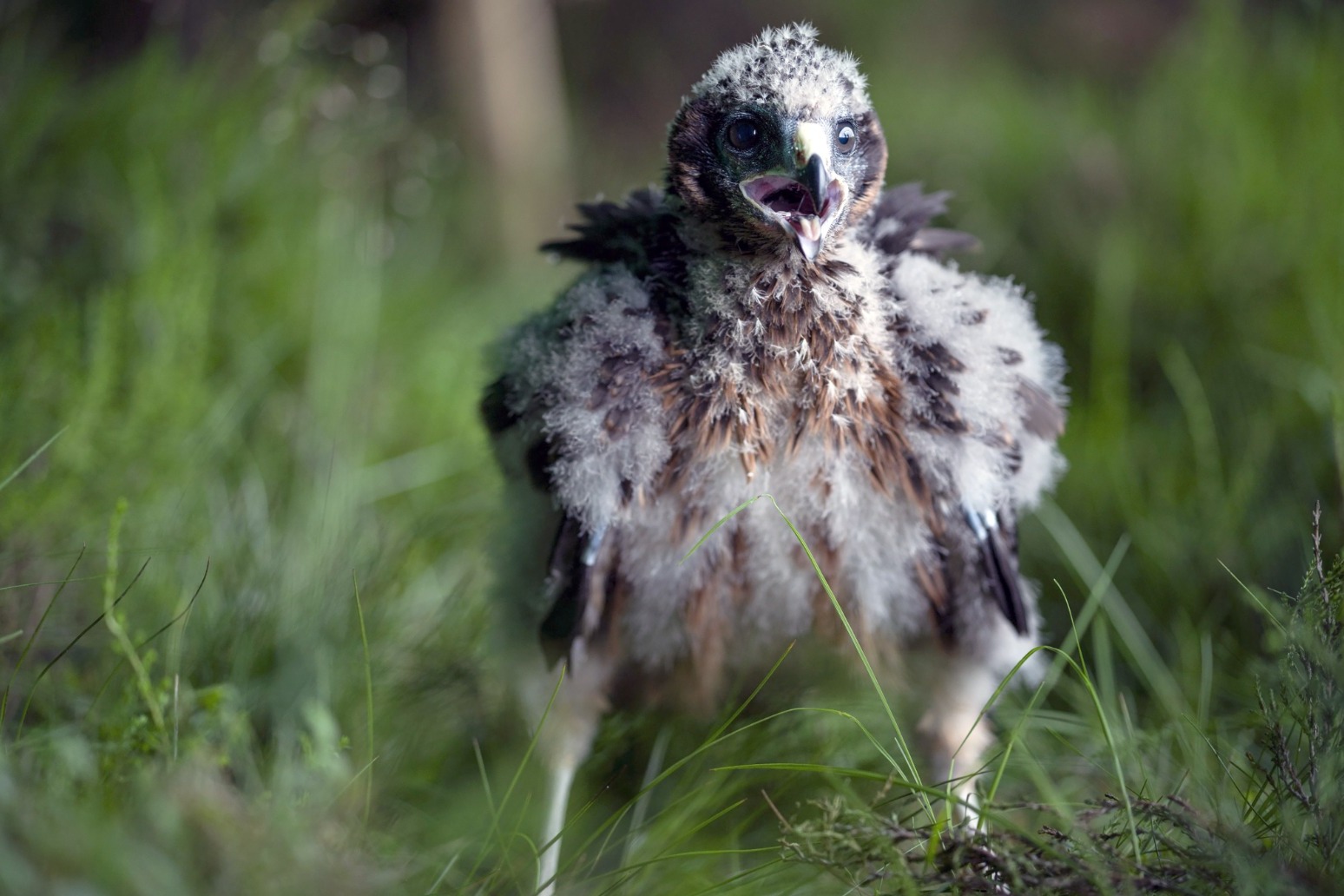 A national trial to rebuild England’s hen harrier population has hit a “key milestone” by releasing its highest number of chicks into the wild.

The endangered bird is seeing a rebound under a brood management trial set up in 2018, which this year has reared and released 13 chicks.

The figure is the most in a single year for the trial, focused in northern England, which has seen a total of 34 chicks from nine broods take to the wing since it was launched.

Five of the brood-managed birds have gone on to breed in the wild since the scheme began, adding 17 chicks to the wild hen harrier population, which has a “red” conservation status.

The trial is part of the Government-led hen harrier recovery plan and is designed to allow birds and gamekeepers to co-exist in areas where grouse shooting is high.

It sees eggs and chicks from wild nests reared for a few weeks at a specialist bird of prey centre before being transported to pens on grouse moors.

They are then tagged and monitored before being released into the wild, back into the same general areas that they came from.

Last year, brood management trial interventions were approved at two nests in North Yorkshire and Lancashire and all eight chicks were successfully reared and released.

Monitoring of the fortunes of the 2020 cohort of brood-managed birds showed six of the eight fledged survived their first winter, and five attempted to breed last year, of which four were successful. One chick died before fledging due to terrible weather conditions.

While young hen harriers are vulnerable to other predators, disease, starvation and extreme weather, the trial has seen a 75% survival rate for most of its years.

A spokesman for the brood management trial told the PA news agency the 13 chicks released this year was a “key milestone” and the hen harrier population is now “on the cusp of sustainability” in England as has already been achieved in Scotland.

“Thanks to these trackers, we know that birds reared in previous years have survived and successfully reared young themselves, contributing to the welcome increase in hen harrier nesting attempts that we are starting to see,” he said.

“We will be even more confident of a sustained recovery when the hen harrier population is not limited by illegal persecution and this trial is gathering valuable insights into survival rates and causes of any deaths.”

Amanda Anderson, director of the Moorland Association, said: “We have seen some incredibly encouraging results and this will give scientists plenty of evidence as they consider what next steps should be taken.”