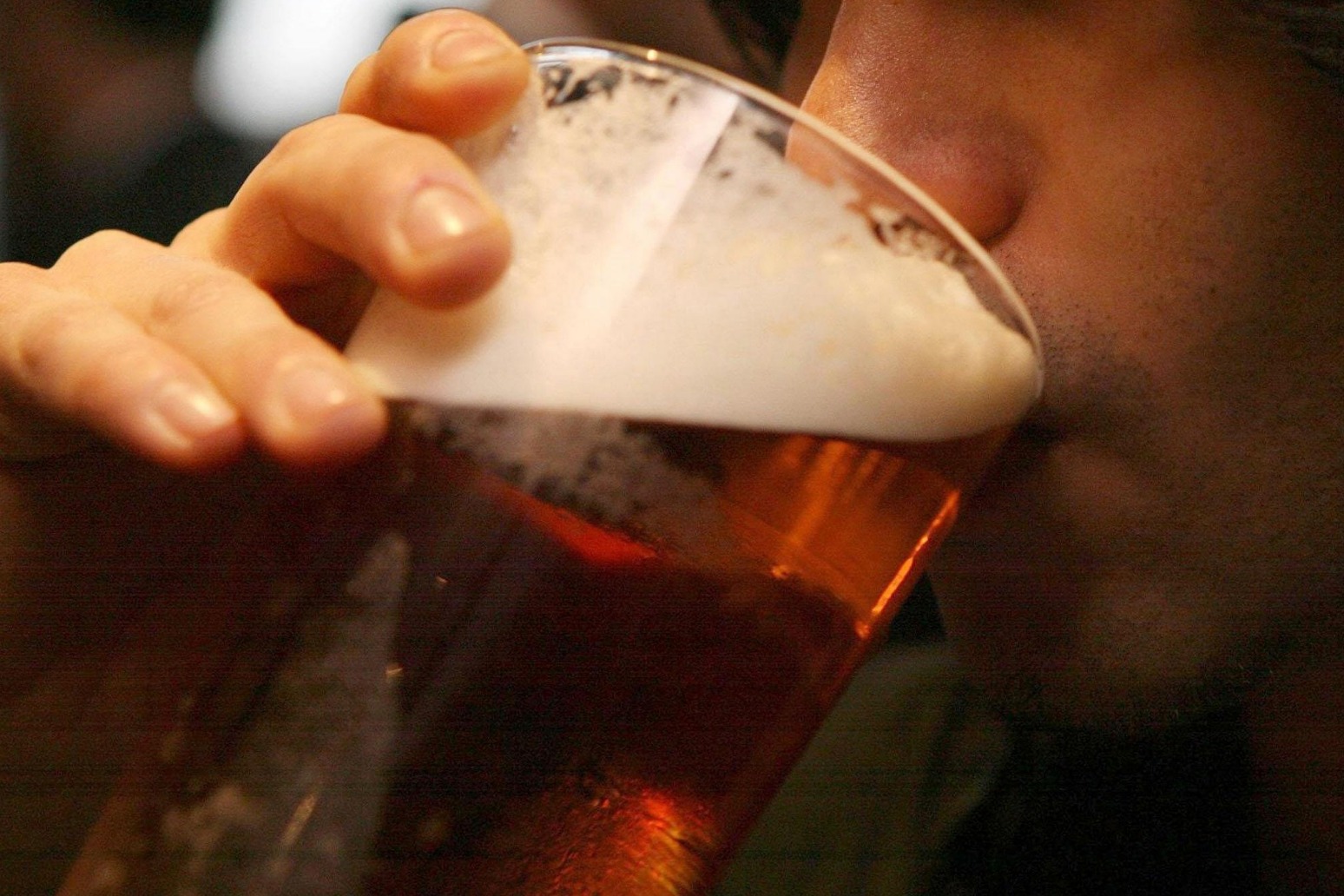 The introduction of minimum pricing for alcohol to protect heavy drinkers may not be curbing the habit for the more vulnerable consumers, according to a new report.

Experts said consumption among the 5% of heaviest drinkers in Scotland has actually increased after the price control measure was introduced.

A minimum unit price (MUP) of 50p per unit (8g) of pure alcohol was set in May 2018 in Scotland as part of a national alcohol strategy designed to curb harmful drinking, with Wales bringing in the same measure in March 2020.

In England, the Government has said there are no plans to introduce a minimum price, though it is keeping the issue under review.

Previous research has shown MUP has been associated with larger reductions in consumption among heavier drinkers, overall.

But a recent study published in BMJ Open, which looked at the impact of MUP on alcohol consumption between Scottish men and women, said consumption fell more in women who tend not to drink as heavily as men.

It also said the alcohol tax was not associated with reduced consumption in younger, more deprived, or heaviest drinking men — those the policy was primarily designed to target.

After Scotland and several Eastern European countries adopted MUP, it is now being considered elsewhere.

Evaluations of the policy have been positive overall, showing a general fall in alcohol purchases, use, and heavy drinking, but many of these studies have been based on alcohol sales or household expenditure.

Researchers therefore wanted to assess whether the impact of the Scottish MUP might differ by sex, existing drinking patterns, age, and level of social and economic deprivation.

They drew on data from the KWP Alcovision survey, an ongoing cross-sectional online diary survey of the previous week’s alcohol consumption, which annually samples around 30,000 adults in the UK.

Data for Scottish adults was compared with those of English adults before and after the introduction of the MUP.

Researchers then repeated this, using adults resident in Northern England (North West, North East, and Yorkshire and Humber regions) as a comparison group, on the grounds that the drinking culture in these regions is similar to that of people living in Scotland.

Average reported weekly consumption for all respondents was just under 126g for men and just over 71g for women.

With NHS figures saying there are about 8g of alcohol in one unit, that means men during this timeframe drank about 15 pints a week with women consuming about nine pints.

Analysis of the survey data showed that compared with residents in England, MUP was associated with a drop in reported weekly total alcohol consumption of just under 6g a week — 2.7g in licensed premises and 3.3g elsewhere — representing a fall of just over 6%.

And they were greater among heavier drinkers than among lighter drinkers, with the exception of the 5% of heaviest drinking men among whom consumption increased by 10%.

The authors of the paper were Jürgen Rehm of the Centre for Addiction and Mental Health in Toronto, Canada, Eva Jane LLopis of Maastricht University in the Netherlands and Ramon Llull University in Barcelona, Jakob Manthey of Technische Universität Dresden in Germany and Amy O’Donnell, Eileen F S Kaner and Peter Anderson from the Newcastle University.

In a joint statement, the authors said: “When the Minister for Public Health, Sport and Wellbeing introduced the 2018 alcohol policy framework, he emphasised that the implementation of the MUP was strongly motivated by an interest in decreasing health inequalities through a reduction in alcohol consumption among the heaviest and most vulnerable drinkers.

They added: “Before any further conclusions can be drawn, we need to corroborate our sex-, age-, heavy drinking- and socioeconomic status-related findings in different studies… Different conclusions about the impact of MUP may result for other countries.

“If indeed the findings of our study are corroborated, then additional and/or different pricing mechanisms may need to be considered.”

They said because their research is observational and their findings relied on subjective assessments of the quantities drunk, it cannot establish cause, nor can the study claim to fully represent all those who drink alcohol.

In response to the study, a Scottish Government spokeswoman said an independent evaluation of minimum unit pricing is currently being carried out by Public Health Scotland and is due to be completed in 2023, adding: “Any relevant studies will be considered as part of this, including this latest research published in the BMJ.

“It is important that this work is carried out thoroughly to ensure we have as much evidence as possible to determine whether we continue Minimum Unit Pricing.

“A review of the level current level of 50p per unit is also under way and any changes would be subject to parliamentary scrutiny and approval.”