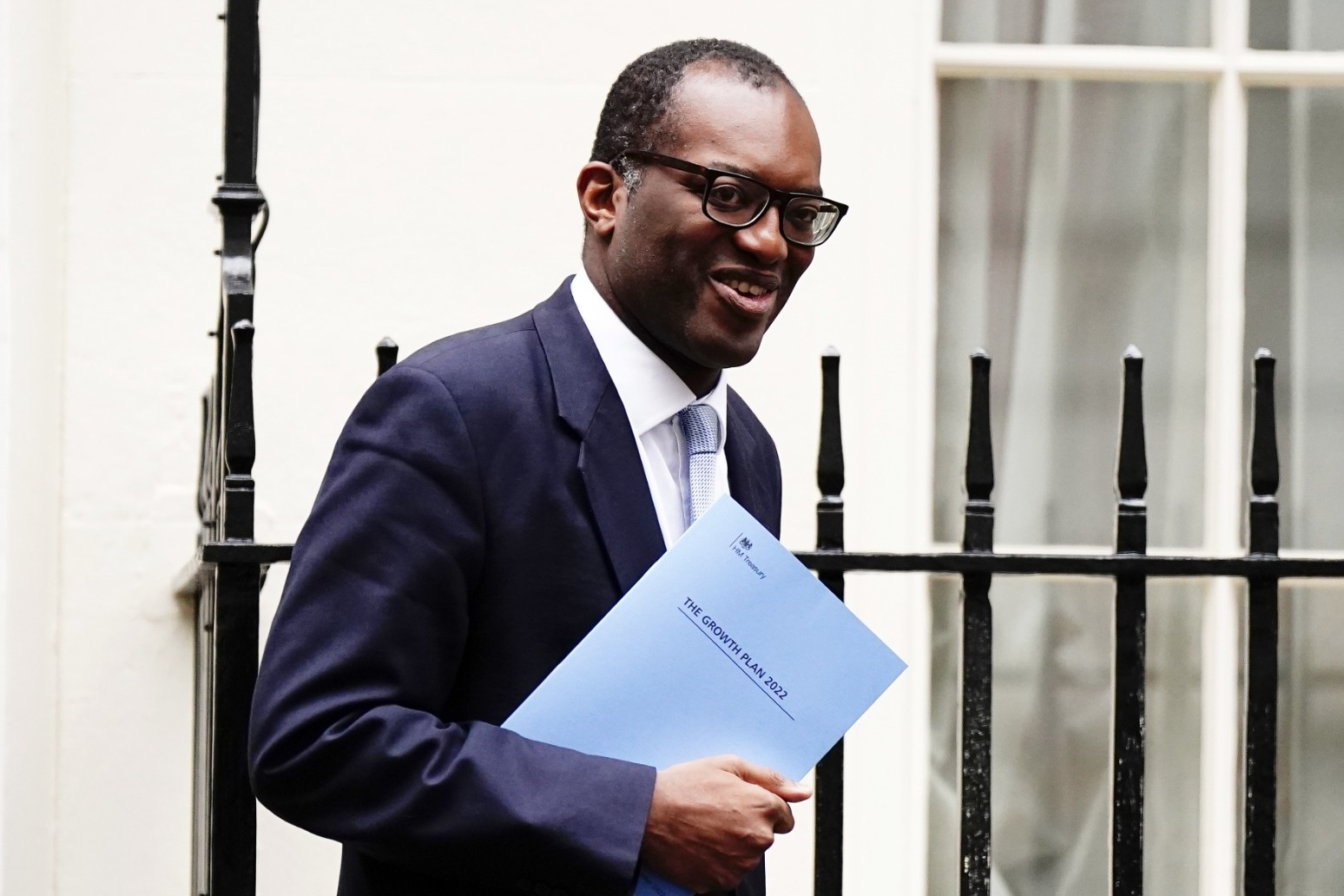 Benefits may not be hiked in line with spiralling inflation, a minister has suggested, while insisting Government plans to cut taxes to the benefit of the most wealthy will continue.

Treasury minister Chris Philp said that a commitment by former chancellor Rishi Sunak to uprate benefits in line with inflation was under consideration, after reports that different Government departments have been asked to draw up plans for efficiency savings.

The move, reported by the BBC and others, would be aimed at reducing future Government borrowing after the economic turmoil following the mini budget.

Liz Truss is expected to face public questioning about her economic plans for the first time following the fallout from the mini budget on Thursday, as the Prime Minister tours regional BBC radio stations in a morning round of interviews.

On Wednesday, the Bank of England launched an emergency government bond-buying programme to prevent borrowing costs from spiralling out of control and stave off a “material risk to UK financial stability”.

The Bank announced it was stepping in to buy up to £65 billion worth of Government bonds – known as gilts – at an “urgent pace” after fears over the Government’s economic policies sent the pound tumbling and sparked a sell-off in the gilts market.

The market turmoil had forced pension funds to sell Government bonds to head off worries over their solvency, but this was threatening to see them suffer severe losses.

Following the Bank’s intervention, Mr Philp insisted there would be no consideration “at all” for a change of course by the Government.

“Getting Britain’s economy growing is so important. Important to raise wages and important to pay the tax bills of the future,” he told Sky News.

Responding to reports that Cabinet ministers would be asked to draw up efficiency savings for their departments, Mr Philp told ITV’s Peston: “We are going to look for efficiencies wherever we can find them.”

He added the objective of the exercise would be to make sure the Government stays within its existing three-year spending limits.

The minister defended the cut to the 45p rate of income tax, which is set to have most-benefit for high earners, claiming it was only “one-twentieth” of the “fiscal firepower” announced last Friday.

But Mr Philp told ITV that the Treasury would not commit to an expected uprating of benefits in line with inflation.

Pressed about the decision, Mr Philp said: “I am not going to make policy commitments on live TV, it is going to be considered in the normal way, we will make a decision and it will be announced I am sure in the first instance to the House of Commons.”

Mr Philp was earlier joined by his junior ministerial colleague Andrew Griffith in defending the Government’s plans, with neither the Prime Minister nor the Chancellor anywhere to be seen or heard on the economy.

His Cabinet colleague Kemi Badenoch described the situation as “the elephant in the room” during her first overseas visit as Trade Secretary.

“But before I go into what we are doing, it would be odd not to address the elephant in the room… and the financial instability in markets over the last few days,” the former Tory leadership candidate told US investors in New York.

“You would by now have heard the Bank of England taking short-term measures to provide stability – as is their job.

“My colleagues, including the Chancellor, continue to work very closely with our institutions to support them in their aims while maintaining their independence. And we must look at all of this in the context of the fundamentals, which are that the UK economy is strong and we have a plan – a growth plan to cut taxes, promote enterprise and cut red tape for business.”

Ms Truss is likely to face close scrutiny on Thursday morning however, as she is due to tour BBC regional radio, fielding questions from the British public as the markets open.

It all comes just days before Tory MPs and thousands of members will descend upon Birmingham for Ms Truss’ first party conference as Prime Minister.

Some of the party’s “big beasts”, including defeated leadership candidate Mr Sunak, are reportedly not attending the conference.

Other Tories, including Treasury Select Committee chair Mel Stride have warned “there’s a lot of concern within the parliamentary party, there’s no doubt about that” about the economic outlook.

Mr Stride also called for ministers to bring forward an independent analysis of their economic plans for the Office for Budget Responsibility as soon as possible.

Labour leader Sir Keir Starmer meanwhile called on the Government to recall Parliament to deal with the escalating crisis “before any more damage is done”, as his party’s conference in Liverpool came to an end.

Sir Keir said: “The move by the Bank of England is very serious. And I think many people will now be extremely worried about their mortgage, about prices going up and now about their pensions.

“The Government has clearly lost control of the economy.”

It was a message echoed by former Tory justice secretary David Gauke, who said the Government has caused a “crisis” but “the pain is still to come”.

The MP for South West Hertfordshire from 2005 to 2019 told the BBC: “Now we have what can only be described as a crisis, and it is directly as a consequence of decisions made by the Conservative Government.

“The pain is still to come, in truth. The pain of higher interest rates, of tougher decisions on public spending is yet to be felt,” added the 50-year-old, who also previously served as secretary to the Treasury.