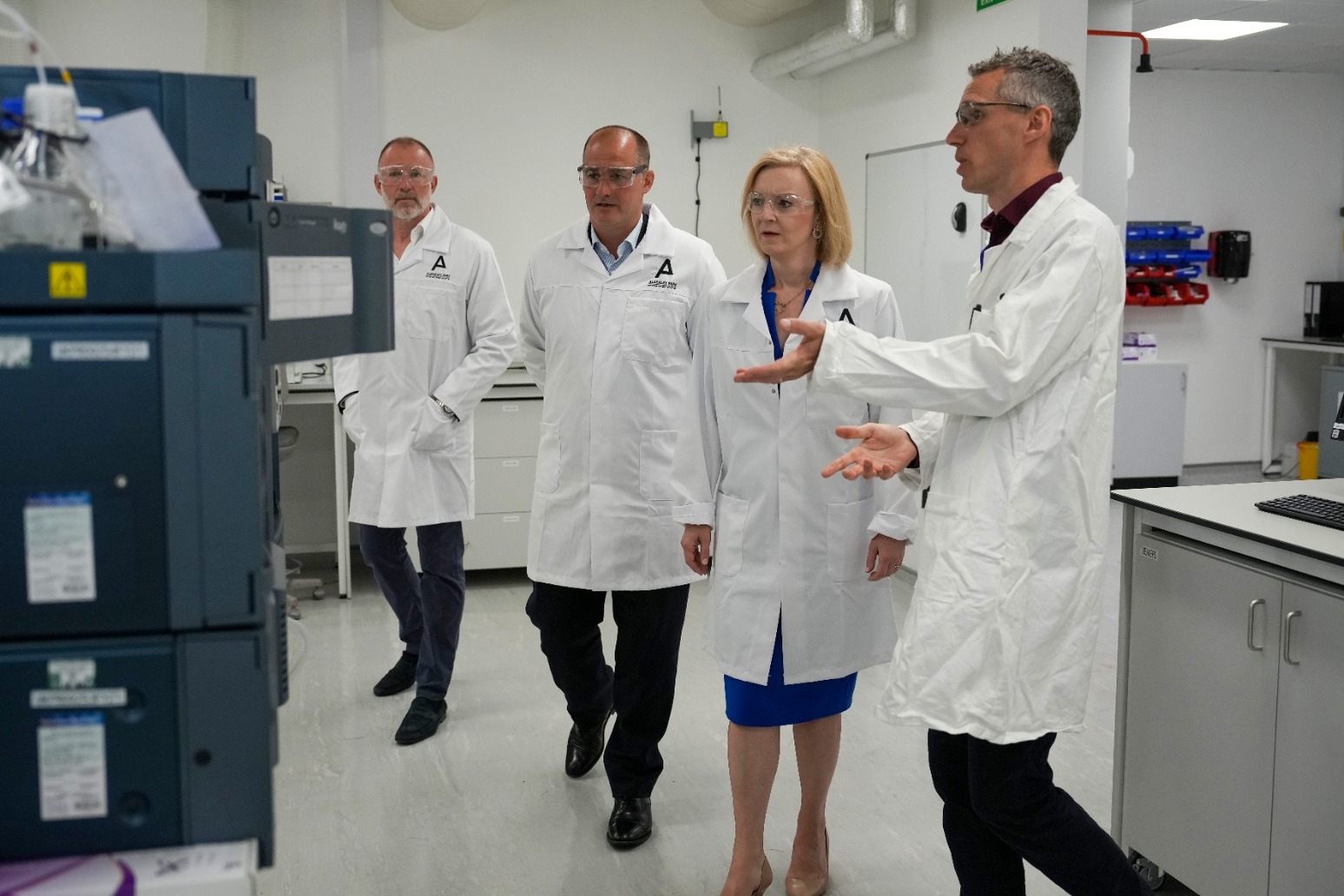 The Government is working up a fresh package of cost-of-living support for the next prime minister to consider when they take office, the Chief Secretary to the Treasury has said.

Simon Clarke argued it is “absolutely right” for the new leader to consider “these options in the round” when they take the reins, suggesting they should steer clear of announcing “new uncosted policies” during the election period.

It comes after Tory leadership frontrunner Liz Truss – who has Mr Clarke’s support – hit out at “bizarre” proposals to agree help for rising energy bills with the Government and her rival Rishi Sunak before the contest is over.

Mr Sunak said he would welcome a meeting to agree emergency support ahead of the winter, but Ms Truss branded the proposal a “kangaroo committee” at Tuesday’s leadership hustings in Darlington.

On Wednesday, consumer champion Martin Lewis called on the two Conservative leadership candidates to set out how they will tackle the energy crisis to alleviate the “mental health damage” facing millions in the UK.

But speaking in Manchester, Ms Truss insisted the country already has a “proper constitution” in place.

Put to her that some are asking why she cannot team up with her rival, as well as the outgoing PM, to assure people that there will be help for them in September, she said “we have a Prime Minister, we have a Chancellor”, and they make decisions at present.

Meanwhile, allies of Mr Sunak played down the defection of one of his supporters.

Former Cabinet minister Theresa Villiers, who is backing Mr Sunak, insisted that “inevitably MPs change their mind during these contests”, when asked about Chris Skidmore’s decision to switch allegiances.

But the Truss campaign claimed to be in touch with other Sunak-supporting MPs who could follow in Mr Skidmore’s footsteps, potentially triggering a “bigger exodus” from the former chancellor’s camp.

“We’re in talks with others from camp Rishi and Chris coming over could trigger a bigger exodus of MPs from Sunak to us,” a spokesperson said.

With concerns mounting over the cost-of-living crisis, questions have been raised over any immediate cross-Government action to tackle energy price hikes.

Tony Danker, director general of the Confederation of British Industry (CBI), has said that the Prime Minister and the two contenders to replace him should “come together to agree a common pledge to support people and help quell fears”.

But Education Secretary James Cleverly told ITV’s Good Morning Britain it is “not in the hands” of Ms Truss or her campaign team to “truncate” the process of agreeing extra help.

“In order to bring about changes to tax systems or to financial support systems, we need to have votes in the House, that needs to go through a proper scrutiny process,” he said.

“It is not as simple as recalling Parliament to have an emergency debate on something like military action, which is a very simple one-question yes or no answer.”

In a series of tweets, Mr Clarke stressed his view that the leadership hopefuls should avoid “uncosted policies” during the election.

He said he has “no doubt” that Ms Truss will do the “responsible and honest thing” on the cost of living if elected, by “making decisions in light of all the facts and the options”.

Ms Villiers said “no government can insulate everyone” from the rising cost of energy, but that Mr Sunak “certainly recognises that we need to do more”.

She told Sky News: “Rishi’s determined, if he’s PM, to do as much as he can to help people through what is a crisis around the world with energy bills.”

She added that “Rishi has the right plan for the economy” at a time when the country is “heading into a really serious situation”.