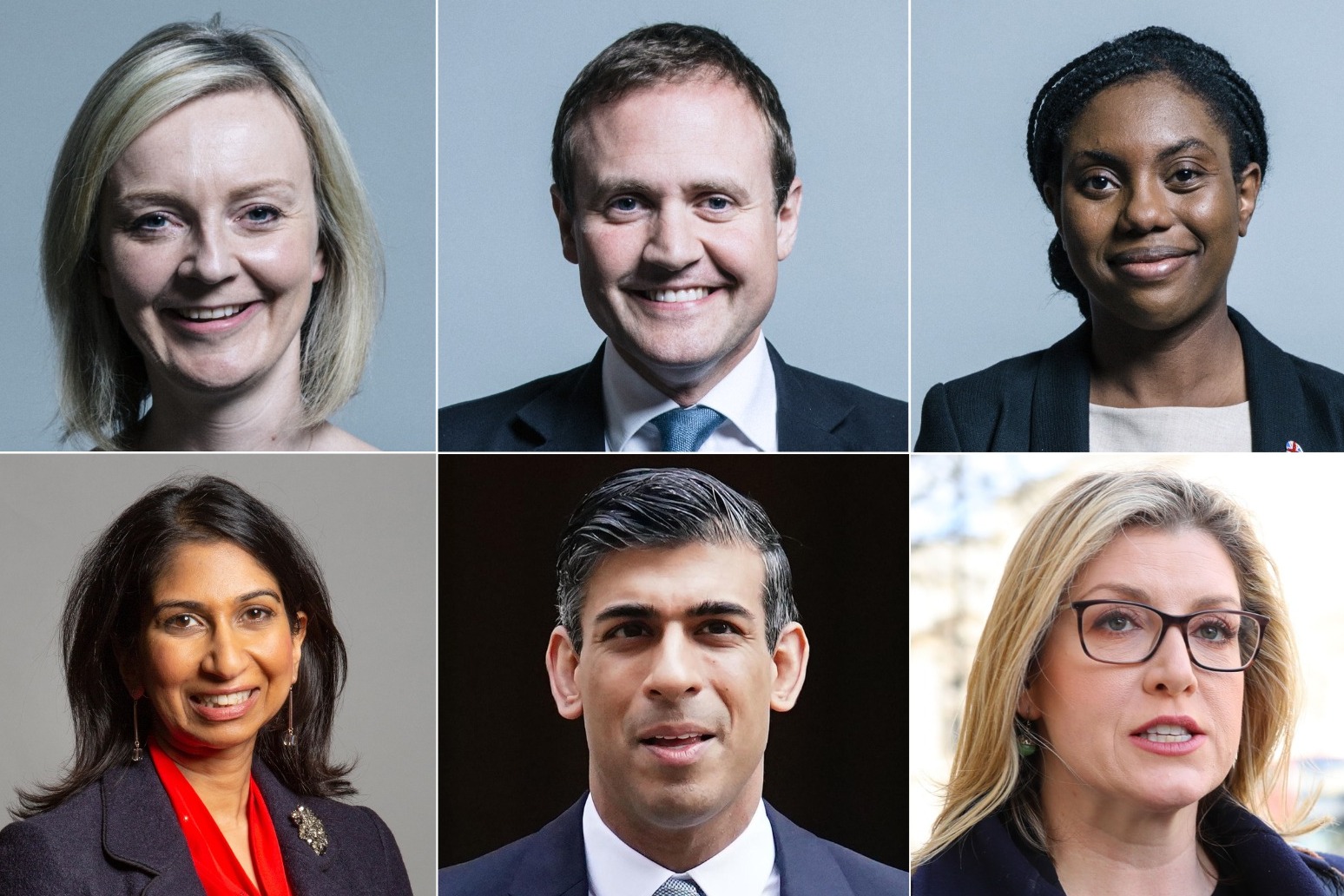 Penny Mordaunt has come under fire from allies of Liz Truss as the Tory leadership contest became increasingly bitter.

The trade minister came second in the first round of voting, pushing Foreign Secretary Ms Truss into third place.

Former chancellor Rishi Sunak claimed the top spot but the battle to reach the final stage of the contest – which will see the two candidates chosen by MPs face a vote of the membership – is far from over.

Strong opinion polling also buoyed Ms Mordaunt’s campaign, pushing her into the status of bookmakers’ favourite to become the next Tory leader and prime minister.

But supporters of Ms Truss seized on a scathing attack on Ms Mordaunt from former Brexit minister Lord Frost.

He told TalkTV: “I am quite surprised at where she is in this leadership race. She was my deputy – notionally, more than really – in the Brexit talks last year.

“She wasn’t fully accountable, she wasn’t always visible. Sometimes I didn’t even know where she was. This became such a problem that, after six months, I had to ask the Prime Minister to move her on and find somebody else to support me.”

The remarks were seized on by the Truss campaign, with Treasury Chief Secretary Simon Clarke saying: “Lord Frost’s warning is a really serious one. Conservatives – and far more importantly our country – need a leader who is tested and ready.”

A second round of voting will take place on Thursday, which will see the lowest placed of the six remaining candidates eliminated from the race – although pressure is already growing from Ms Truss’s allies for Suella Braverman and Kemi Badenoch to abandon their bids and for their supporters on the right of the party to unite around the Foreign Secretary.

Ms Braverman scraped into the second round with 32 votes – candidates with fewer than 30 were eliminated – while Ms Badenoch had 40.

Work and Pensions Secretary Therese Coffey, a key player in the Truss campaign, told Sky News: “The reason why I think that supporters of Suella and Kemi should come and join Liz is because a lot of their policies are in a very similar direction, about having a free economy, about making sure we stand up for the United Kingdom and be proud of our country.”

Ms Truss was expected to use a campaign launch speech on Thursday to attempt to portray herself as more competent on the economy than Ms Mordaunt.

Meanwhile Mr Sunak insisted his wealth and background in international finance does not bar him from understanding the plight of hard-pressed households.

He told BBC Radio 4’s Today: “I don’t judge people by their bank accounts, I judge them by their character and I think people can judge me by my actions over the past couple of years.

“Whenever I have needed to step in to support people I have, and furlough is a fantastic example of that.

“But what I would say as a Conservative is I believe in hard work and aspiration and that’s my story, and if I’m prime minister then I’ll be making the case for that with vigour.”

He defended his economic plan, which would not involve the immediate tax cuts promised by his rivals.

“I think our number one economic priority is to tackle inflation and not make it worse,” he told Today.

“I will get taxes down in this Parliament, but I’m going to do so responsibly.

“Because I don’t cut taxes to win elections, I win elections to cut taxes, and I’m convinced that I’m the best person to beat Keir Starmer and the Labour Party at the next election.”

Rival camps have accused Mr Sunak’s operation of “dirty tricks” and “shenanigans” during the parliamentary election process, with the finger of blame pointed at former chief whip Sir Gavin Williamson.

Asked what Sir Gavin’s role is, Mr Sunak said: “Like all the Members of Parliament who are on my team, they are talking to colleagues and making the case for my candidacy because they believe that I am the best person to beat Keir Starmer and the Labour Party and I’m really grateful for all their support.”

– Ms Mordaunt used a piece in the Daily Mail to stress her credentials on defence, calling it the “first duty” of Government to honour the UK’s Nato commitment of spending 2.5% of GDP on defence by 2030.

– Ms Badenoch used a Times interview to describe herself as an “instinctive” tax-cutter but warned against “reckless” measures, while also suggesting the Bank of England should have come under greater scrutiny for not raising interest rates sooner.

– Tom Tugendhat said he has been “untainted by the last two years” of Mr Johnson’s Government, having not held ministerial office.

Under the Tory leadership rules, any candidate who does not get 30 votes or who finishes last in a round of voting is eliminated from the contest.

Tory MPs will continue to vote in subsequent rounds until two candidates are left, who will then battle it out over the summer to win the support of Conservative members, with their choice of the next prime minister being unveiled on September 5.

Mr Johnson will formally tender his resignation to the Queen to make way for his successor the following day, his official spokesman confirmed.