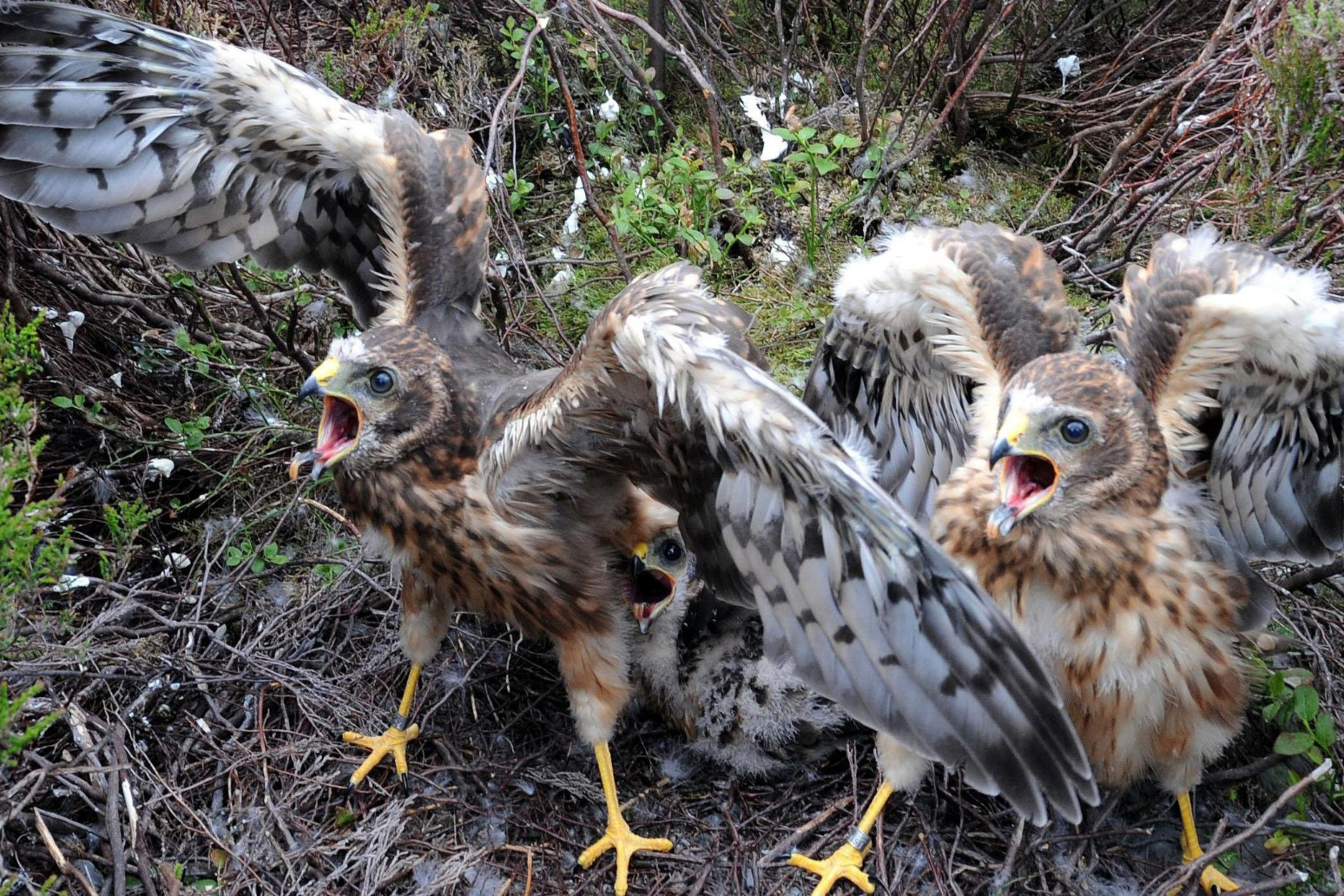 More than 100 rare hen harrier chicks have fledged in England this year, the highest number for over a century, the Government’s conservation agency said.

It is the first time in more than a century that the number of hen harriers added to the population has exceeded 100 young birds, the agency said.

But despite the progress made in increasing numbers of England’s most threatened bird of prey, conservation experts warn work needs to continue to tackle illegal persecution to ensure the species recovers.

Hen harriers were once found across upland and lowland Britain, but became exceptionally rare breeding birds in England after 1830 because of persecution.

Although they have been protected since the 1950s, illegal persecution continues, as they prey on red grouse chicks to feed their young, bringing them into conflict with commercial shooting estates.

Natural England chairman Tony Juniper said: “It is very encouraging to see the progress made this year on the recovery of this majestic species, tipping the numbers fledged to more than 100 for the first time in over a century.

“It is testament to the dedication of the volunteers, landowners and staff from all our partner organisations who work so hard to protect, support and monitor these vulnerable birds.

“Despite this year’s success, we clearly still have a long road to travel to see hen harrier numbers truly recover to where they would naturally be without illegal persecution – with many birds sadly still going missing.

“We are committed to continuing to work with our partners to drive down persecution rates and achieve a permanent long-term recovery.”

Hen harrier breeding populations in England hit rock bottom in 2013, when no chicks successfully fledged, prompting warnings they were facing extinction as a breeding bird in the country.

After another low in 2016, when just eight chicks fledged, there have now been six successive years of increases, with 49 nests recorded in 2022, of which 34 were successful in producing chicks.

Lancashire remains a stronghold for the birds, with 18 nests recorded in Bowland, while there were nine nests in Northumberland, 10 across the Yorkshire Dales and Nidderdale, seven in the North Pennines and five in the Peak District.

The total number of chicks fledged includes 13 birds taken from four nests on grouse moors to prevent predation of the gamebirds and reared and released as part of the controversial brood management trial.

Natural England said the trial aims to test whether brood management can influence attitudes to the birds of prey among the moorland community and reduce persecution as well as contributing to the population.

Brood-managed birds from previous years bred successfully in 2022, with five hen harriers producing 10 chicks between them.

Brood management is part of the Government’s hen harrier action plan published in 2016, which also includes issuing licences to allow people to provide additional food for hen harriers to stop them targeting grouse, and satellite tracking of the birds.

Natural England is also working with the National Wildlife Crime Unit to improve how police, communities and organisations can work together to tackle persecution of birds of prey.

A spokesperson for the RSPB said: “We welcome the news from Natural England that this year hen harriers have had their most successful breeding season and are proud of the contribution our teams have made to this success through nest protection, habitat restoration and monitoring efforts.

“However, the risk of these young birds being illegally killed after leaving the safety of their nests remains very real. That is why we are calling on the UK government to provide resources to support the conservation of hen harriers and ensure that existing wildlife protection laws are better enforced.”