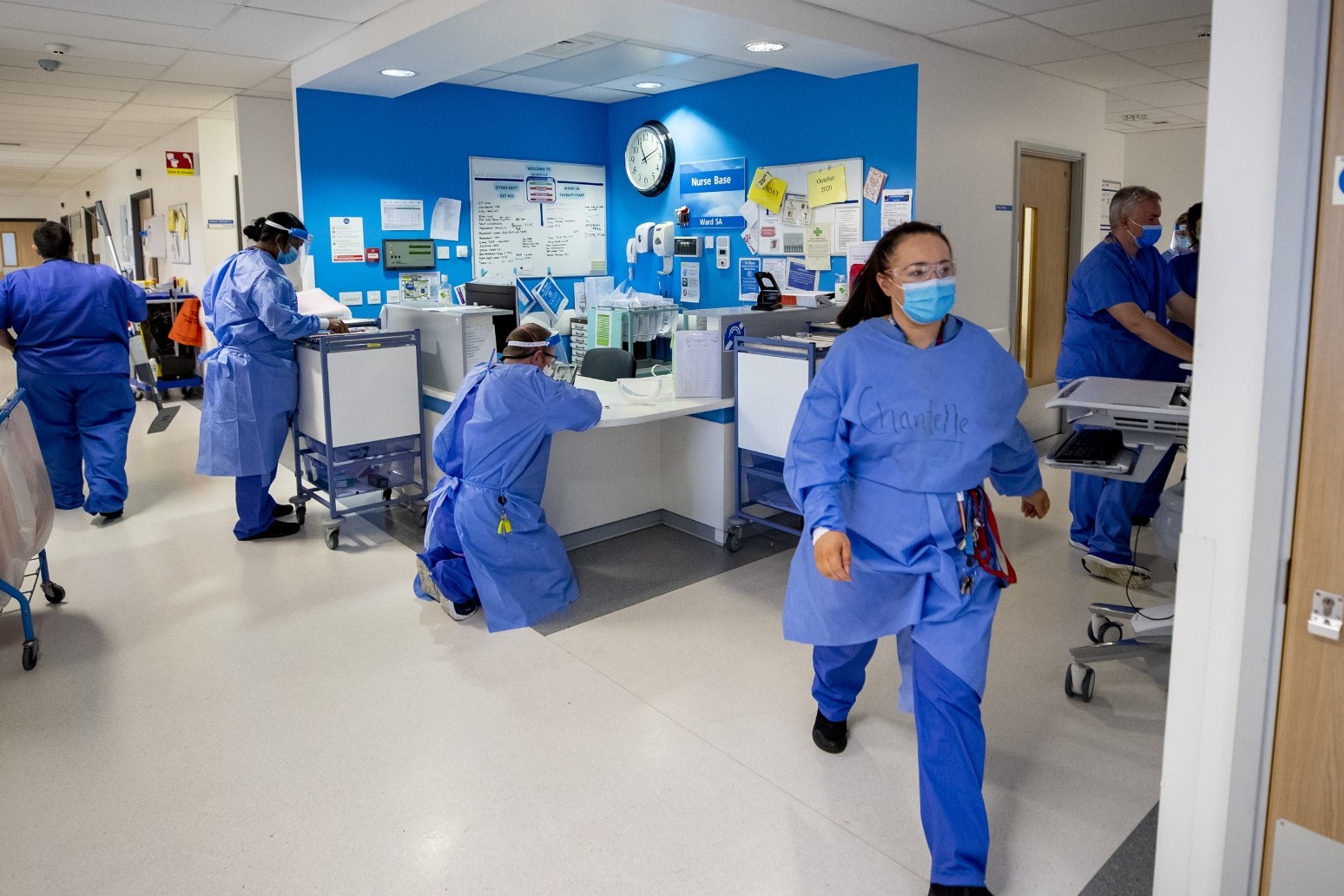 More than two out of three NHS workers have considered quitting in the past six months, a new study suggests.

A survey of 1,000 members of the GMB union working in the health service in England found that 70% said they had thought about finding a different job, compared to 61% in a similar poll a year ago.

Half of those cited stress or pay as reasons for wanting to leave, although around one in six blamed bullying.

In the survey, delivered as evidence to the NHS Pay Review Body this week, NHS workers also reported levels of stress that were 36% higher than the average for workers across the wider economy, said the GMB.

National officer Rachel Harrison, GMB national officer, said: “Before the pandemic the NHS was on its knees – after two years of Covid it is close to collapse.

“We have a staffing black hole of almost 100,000 and stress and poverty pay are set to drive thousands more out of the door.

“Health workers have lost thousands of pounds from their pay packets in real terms during a decade of conservative mismanagement.

“Instead of empty clapping gestures and promises of pretend hospitals, this Government needs to give staff a proper pay rise.”

Health unions have called for an “inflation-busting” pay rise for NHS workers this year following the row with the Government over wages in 2021.