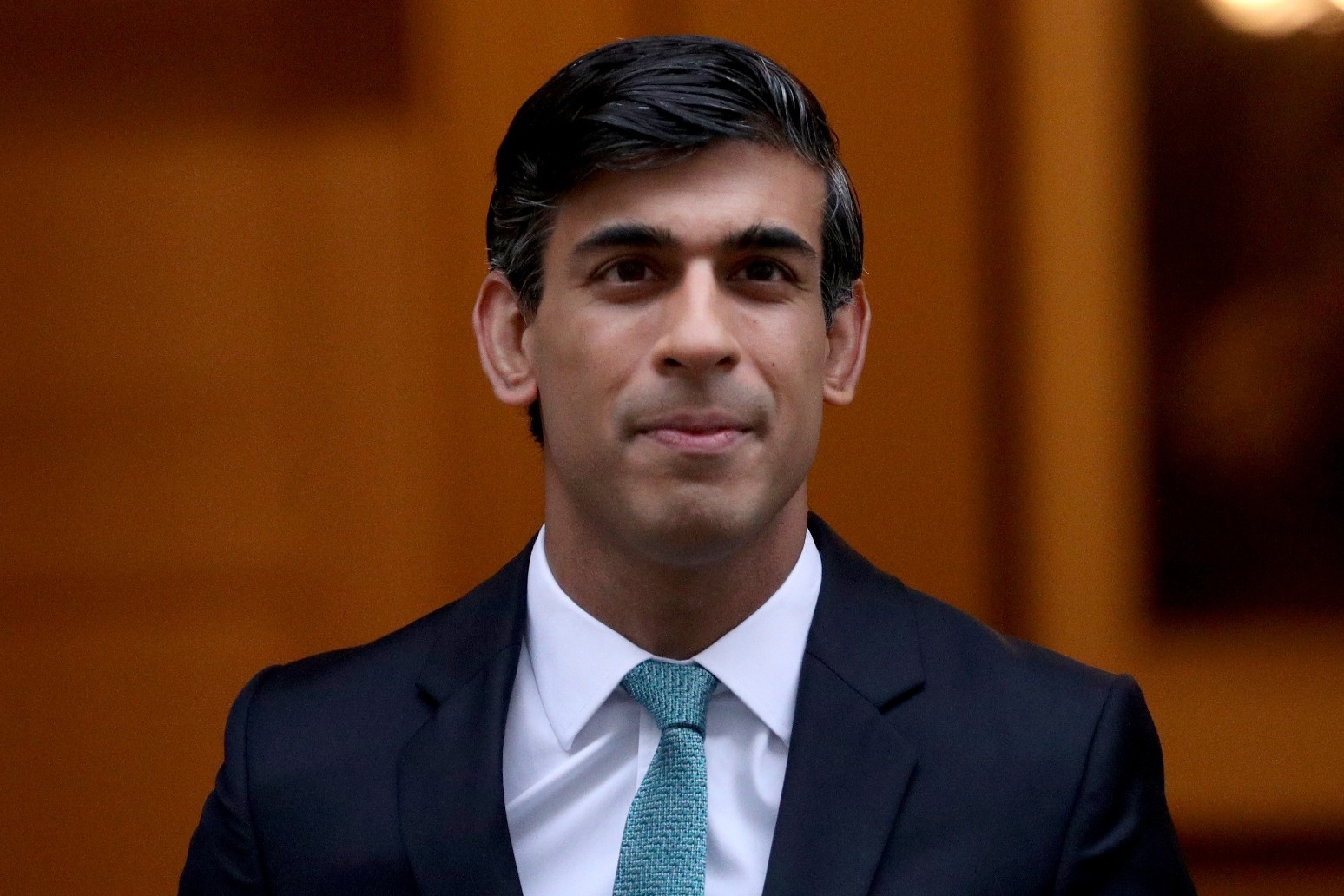 A mortgage guarantee scheme aimed at helping aspiring homeowners with small deposits onto the property ladder and firing up the market will feature in next week’s Budget.

Chancellor Rishi Sunak plans to incentivise lenders to provide mortgages to first time buyers, and current homeowners, with just 5% deposits to buy properties worth up to £600,000.

He will detail on Wednesday how the Government will offer lenders the guarantee they require to provide mortgages covering the remaining 95%.

The Treasury said low-deposit mortgages have “virtually disappeared” because of the economic impacts of the coronavirus pandemic.

“Young people shouldn’t feel excluded from the chance of owning their own home and now it will be easier than ever to get onto the property ladder.”

The scheme, which will be subject to the usual affordability checks, will be available to lenders from April.

It is based on the Help to Buy mortgage guarantee scheme introduced in 2013 by David Cameron and George Osborne, that ran until June 2017.

Aiming to reinvigorate the market following the 2008 financial crisis, that scheme – distinct from the Help to Buy equity loan scheme – was said to have helped more than 100,000 households buy a home across the UK.

But there were also concerns that it artificially inflated prices and housebuilders’ profits.

Mr Sunak said: “Owning a home is a dream for millions across the UK and we want to help as many people as possible. Saving up for a big deposit can often be difficult and the pandemic has meant there are fewer low deposit mortgages available.”

The Chancellor also issued warnings about the scale of the damage caused by the pandemic, suggesting he could use the Budget to begin making hard decisions to repair public finances.

He told the Financial Times there are “enormous strains” and that the UK is “exposed” to changes in the currently low interest rates, with a rise of 1% worth £25 billion a year to servicing the debt in the wake of vast spending to sure up the economy.

“We went big, we went early, but there is more to come and there will be more to come in the Budget. But there is a challenge and I want to level with people about the challenge,” Mr Sunak said.

The Government is braced for the possibility of a rebellion from Tory MPs over any tax rises, with backbenchers being warned they could be kicked out of the parliamentary party if they vote against the Budget.

Among the wings of the Conservative party where friction could come from is the Northern Research Group of around 65 MPs, some of whom helped secure Mr Johnson’s majority by turning former Labour strongholds blue.

One member, the Carlisle MP John Stevenson, suggested the Chancellor should wait until the autumn before winding up support packages and even then he should continue stimulating the economy through the “levelling-up” agenda.

“We’re not through the pandemic yet, we’ve still got a few months to go, so we want to see continuing support and we’ll probably have a much better idea of where the economy is come the autumn,” he told joiurnalists.

“As soon as we can get back to that levelling-up agenda which we were all elected on in 2019, we believe that in the north we have a major contribution to make to the recovery.”

Among the measures he wants extended is the £20 weekly uplift to Universal Credit, but he also said it is “too early” for tax rises, adding: “The way out of this is to actually grow the economy.”

However, Conservative former chancellor Lord (Ken) Clarke said Mr Sunak “must look at” raising VAT, national insurance and income tax. Increasing any of them would tear up a key manifesto pledge.

“Sensible people know in their bones that all this emergency Government spending is going to have to be paid for and is going to be a burden on them,” Lord Clarke said.

“The manifesto you refer to was written by a couple of apparatchiks in the office halfway through the campaign.”

The Tory grandee, who led the Treasury under Sir John Major, said it would be “quite sensible” to look at raising corporation tax with it being at “quite unnaturally low levels”.