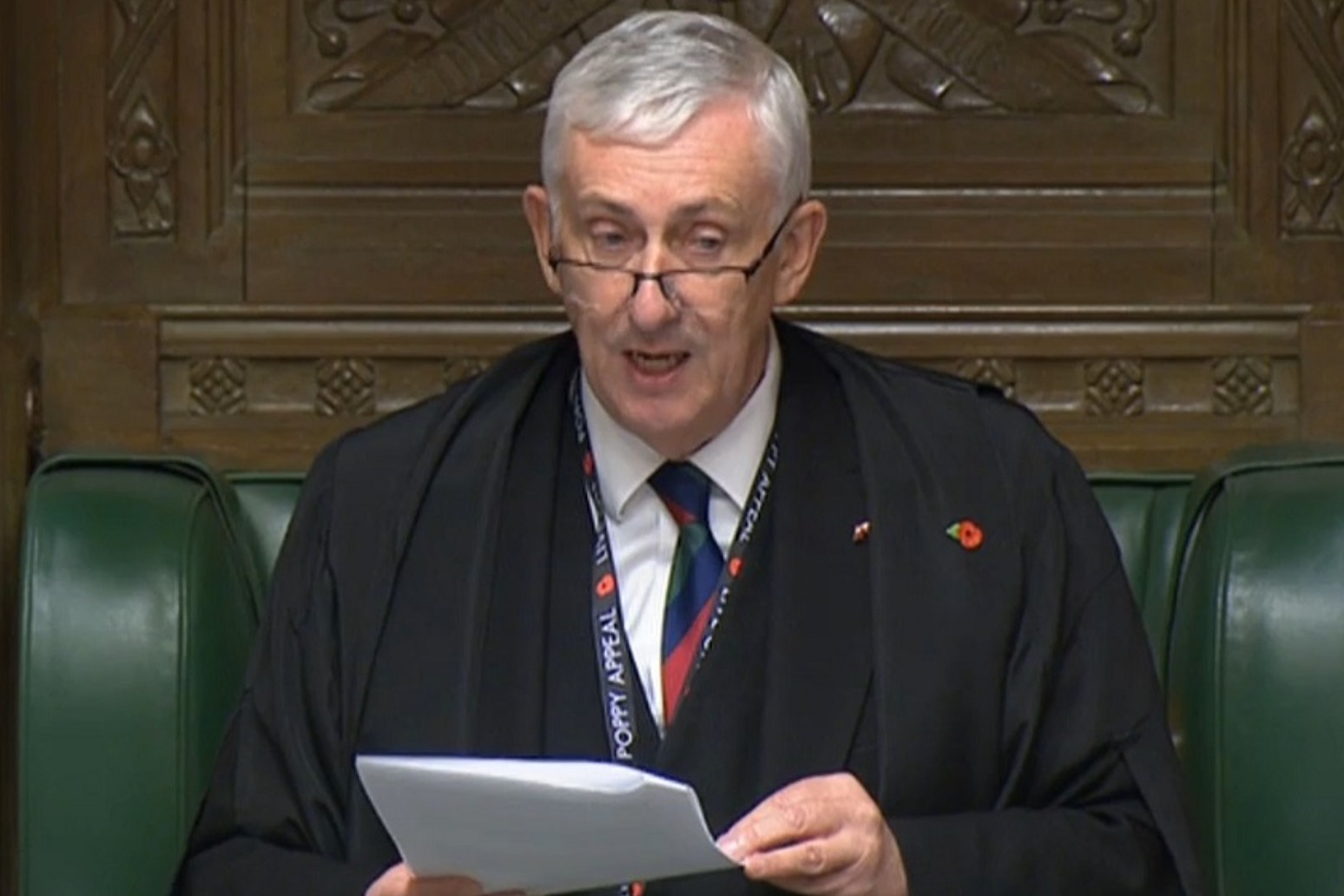 MPs need to have confidence the system for disciplining members who break Westminster rules is “fair and effective”, Commons Speaker Sir Lindsay Hoyle has said.

At the start of a three-hour emergency Commons debate following the row over the treatment of former cabinet minister Owen Paterson, Sir Lindsay said it was essential to “sort out the mess we’re in”.

He said any review of the process for MPs to appeal against rulings made against them had to to be done on a cross-party basis.

“In the spirit of finding the best way forward I say to the House, I will do everything I can to help ensure all MPs feel confident we have a fair and effective system,” he told MPs.

“I granted this debate today because I thought it was essential to sort out the mess we’re in.”

Many Tory MPs are still smarting after being ordered last week to vote for a new committee to consider a new system of appeals, only for the Government to backtrack after the opposition parties refused to co-operate.

In the bitter aftermath of the row, Mr Paterson announced he was quitting as MP for North Shropshire blaming the “cruel world of politics”.

It followed a recommendation by the Commons Standards Committee that he should be suspended from Parliament for six weeks after committing an “egregious” breach of the centuries-old ban on paid lobbying by MPs.

Mr Paterson had hoped to challenge the finding through a new appeals system but there was anger among MPs on all sides of the House at the way ministers had sought to conflate his case with wider reform of the system.

Sir Lindsay warned MPs against criticising the Standards Commissioner Kathryn Stone, who conducted the inquiry into Mr Paterson’s conduct and was unable to defend herself.

“Please do not criticise the Commissioner for Standards who is doing a job that we have appointed her to do,” he said.

He also urged MPs on all sides to “tone down the political sniping”.

However Boris Johnson immediately came under fire after he chose to stay away from the Commons, leaving the Cabinet Office minister Steve Barclay to open for the Government.

Downing Street said the Prime Minister was unable to get back to Westminster in time following a long-planned visit to an NHS hospital trust in Northumberland.

Labour leader Sir Keir Starmer said he was “running scared” having given “the green light to corruption” by arguing that rules to stop vested interests did not apply to his friends.

“He does not even have the decency either to defend or to apologise for his actions. Rather than repairing the damage he has done, the Prime Minister is running scared,” he said.

“When required to lead, he has chosen to hide. His concern, as always, is self-preservation, not the national interest.

“It is time for everyone in this House, whatever their party, to draw a line and send a message to the Prime Minister: Enough is enough. We will not stand by whilst he trashes our democracy.”

Mr Barclay said that while there were concerns which required attention, it had been a “mistake” for ministers to proceed in the way they did last week.

“I’d like, first and foremost, to express my regret and that of my ministerial colleagues over the mistake made last week,” he said.

“We recognise there are concerns across the House over the standards system and also the process by which possible breaches of the code of conduct are investigated.

“Yet whilst sincerely held concerns clearly warrant further attention, the manner in which the Government approached last week’s debate conflated them with the response to an individual case.”