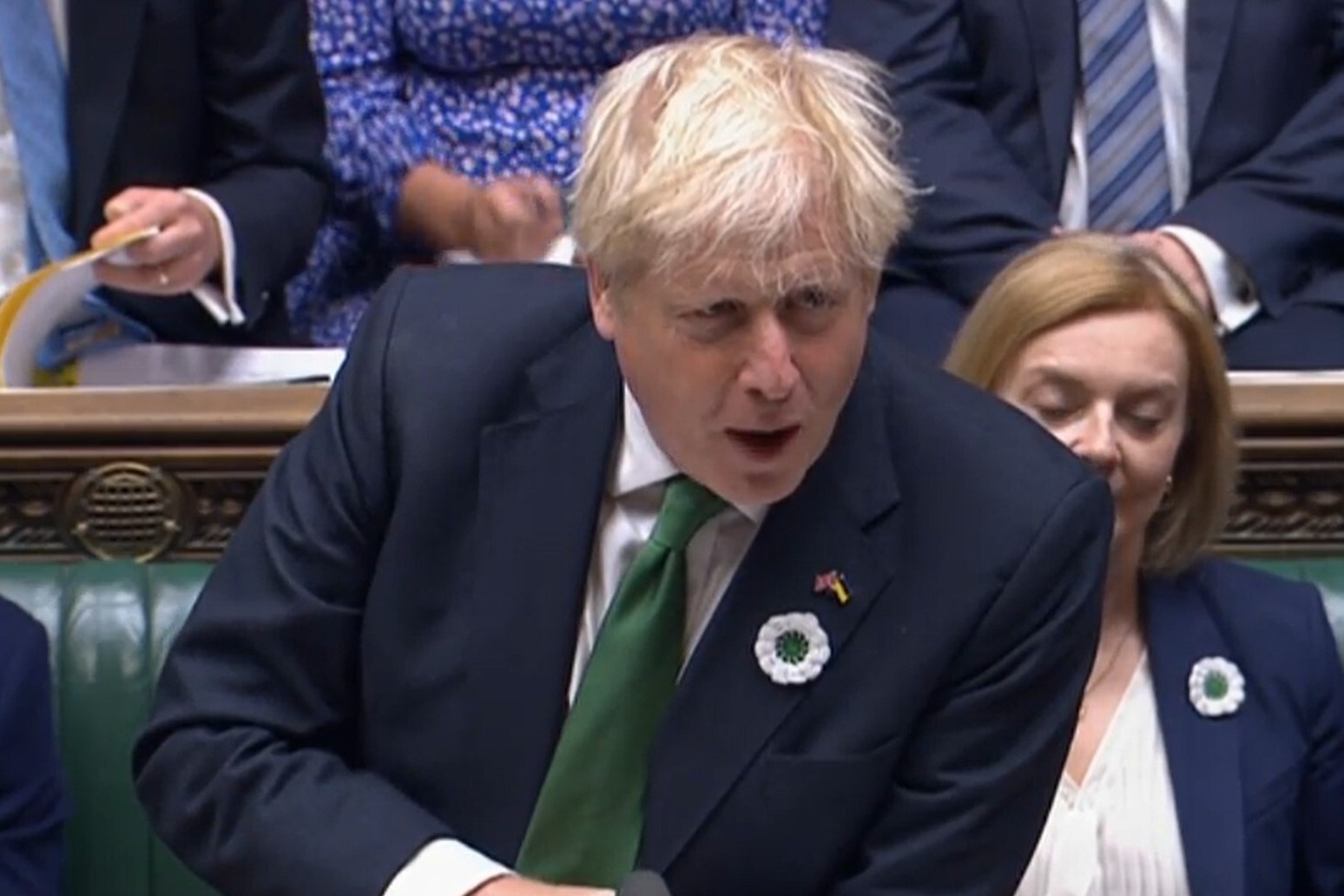 Boris Johnson has insisted his departure from Downing Street will not be the end of Brexit.

The outgoing Prime Minister struck a defiant tone when asked in the House of Commons about the future of the UK’s exit from the EU.

Conservative Jacob Young (Redcar) praised Mr Johnson before adding at Prime Minister’s Questions: “How grateful we are for the support that he’s given us and for delivering on the will of 17.4 million people in taking us out of the EU.

“Can I ask the Prime Minister is he as optimistic as I am about our future as a free and independent nation?”

Mr Johnson replied: “Jacob, my honourable friend, if anything I’m even more optimistic and my only anxiety – we all know that people think that this will be – there are people around the world who hope that this will be the end of Brexit and I can see them, look at them, did you notice, that’s them – they’re wrong and we’re going to show them they’re wrong.”

Alliance MP Stephen Farry (North Down) also said: “So, as the Prime Minister prepares to leave office shortly, will he apologise for his legacy in Northern Ireland, (in) which power-sharing has collapsed, the Good Friday Agreement has been undermined and an unwanted Protocol Bill is being imposed upon the people and businesses of Northern Ireland and Anglo-Irish relations are in their worst state for 40 years?”

Mr Johnson replied: “Well, no, Mr Speaker, because actually what we’ve got, and I know that every single one of the candidates will want to deliver this, is a Bill to fix the problem of the Protocol and I accept that there is a problem and I hope that the whole House will support it.”

The UK Government is trying to push ahead with plans to effectively tear up parts of the Northern Ireland Protocol despite Mr Johnson’s impending departure.

MPs will consider the Northern Ireland Protocol Bill at committee stage from Wednesday.

The line-by-line scrutiny is then expected to continue on July 18 and conclude on July 19, two days before the summer recess for the Commons.

Mr Johnson’s Government has said the measures to remove checks on goods and animal and plant products travelling from Great Britain to Northern Ireland are necessary to safeguard the Good Friday Agreement and peace and stability.

But the plans have been widely criticised, with Tory former prime minister Theresa May questioning the legality of them.