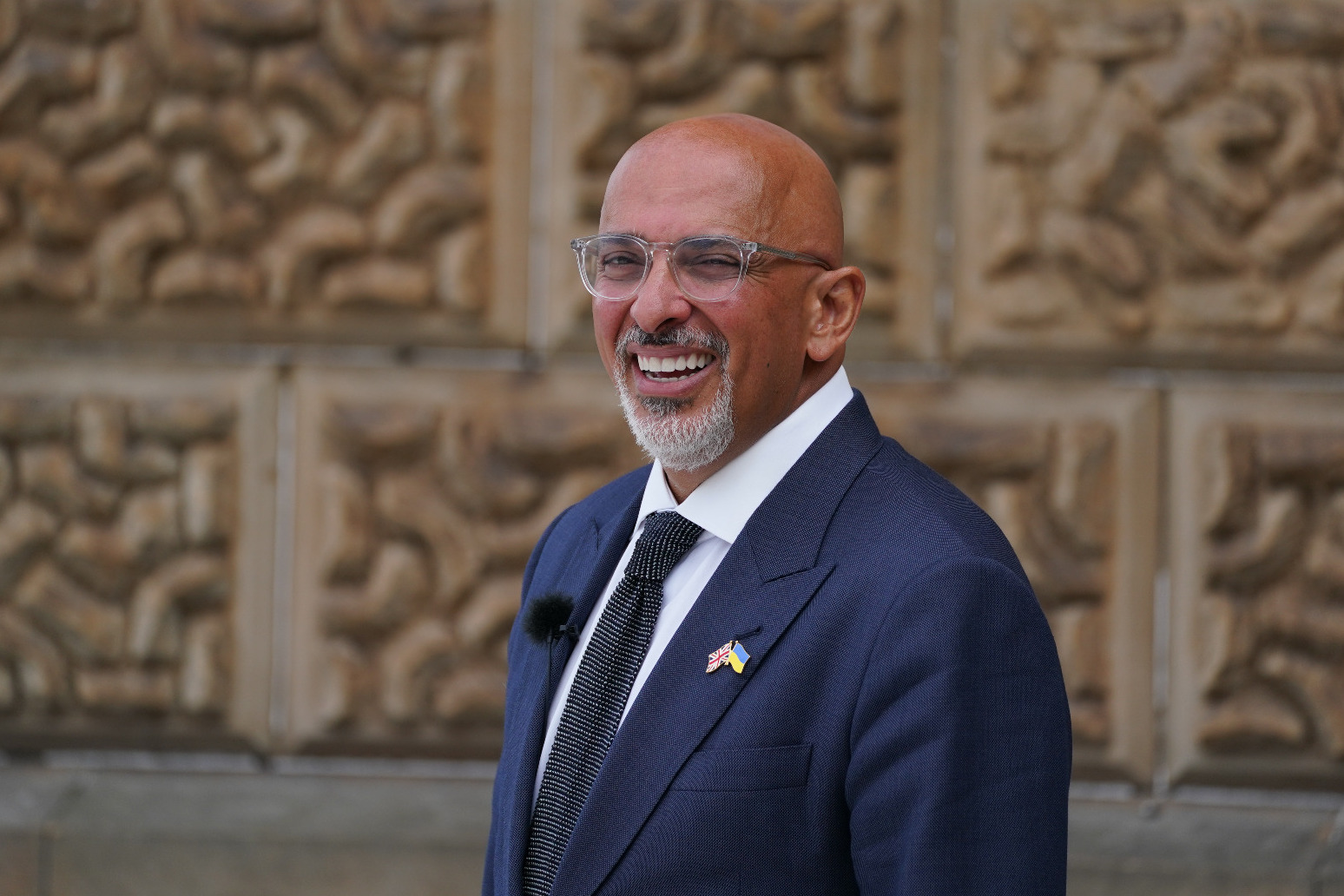 He will push for co-operation on energy security, financial services, and tackling spiralling prices and slower growth

Chancellor Nadhim Zahawi is travelling to the United States this week to seek joint solutions to the cost-of-living crisis with top bankers and US government officials.

He will push for co-operation on energy security, financial services, and tackling spiralling prices and slower growth, the Treasury said.

Mr Zahawi’s trip to New York and Washington DC comes in what could be his final days at the helm of the department, as whoever emerges as Boris Johnson’s successor on September 5 is likely to install a new chancellor.

Labour has condemned the taxpayer-funded trip at a time when the Government should be “listening to people here at home”.

It is understood the Prime Minister will focus on domestic priorities, with visits around the UK in his final week in No 10.

The Government has been accused of being missing in action amid resounding warnings that people are facing a dire winter with rocketing energy bills, while neither candidate to replace Mr Johnson has set out in full how they would help households.

But Mr Zahawi has insisted he has been working tirelessly to come up with proposals for either Liz Truss or Rishi Sunak for more support.

The Chancellor said: “We have a strong and resilient UK economy and are easing the burden facing families at home with an unprecedented £37 billion support package, while working flat out to develop further options for a new prime minister.

“But these global pressures must be overcome through global efforts. I’m determined – here in the US – to work closely with my allies on the common challenges we face to create a fairer and more resilient economy at home and abroad.”

After arriving in New York on Monday, Mr Zahawi will meet banking chiefs at the New York Stock Exchange to discuss setting the highest possible standard for US-UK financial services co-operation, according to the Treasury.

He will then head to Washington DC to discuss support for Ukraine, the global economic outlook and energy security with senior stakeholders at the US central bank, the US Treasury and international financial institutions.

He is “expected to indicate a desire for increased civil nuclear co-operation and closer working between the UK and US nuclear industries on developing technologies, such as small and advanced modular reactors,” the Treasury said.

Possible further sanctions against Russia are also on the agenda.

Mr Zahawi will also hold conversations about the UK economy as a competitive economic and green technology hub at two think tanks based in the US capital, and visit a biopharmaceutical facility, before arriving back in the UK on Friday.

James Murray, Labour’s shadow financial secretary to the Treasury, said: “Families across the country are desperately worried about the massive rise in energy bills that is on the way but we’re stuck with this do-nothing Tory Government. Now we discover the Chancellor is jetting off to an international chinwag.

“Rather than going on another junket at the taxpayers’ expense, the Chancellor should start listening to people here at home and implementing Labour’s fully funded plan to freeze energy bills.”

The Treasury did not indicate how much the trip would cost, saying the expenses would be published in the usual way via transparency returns.