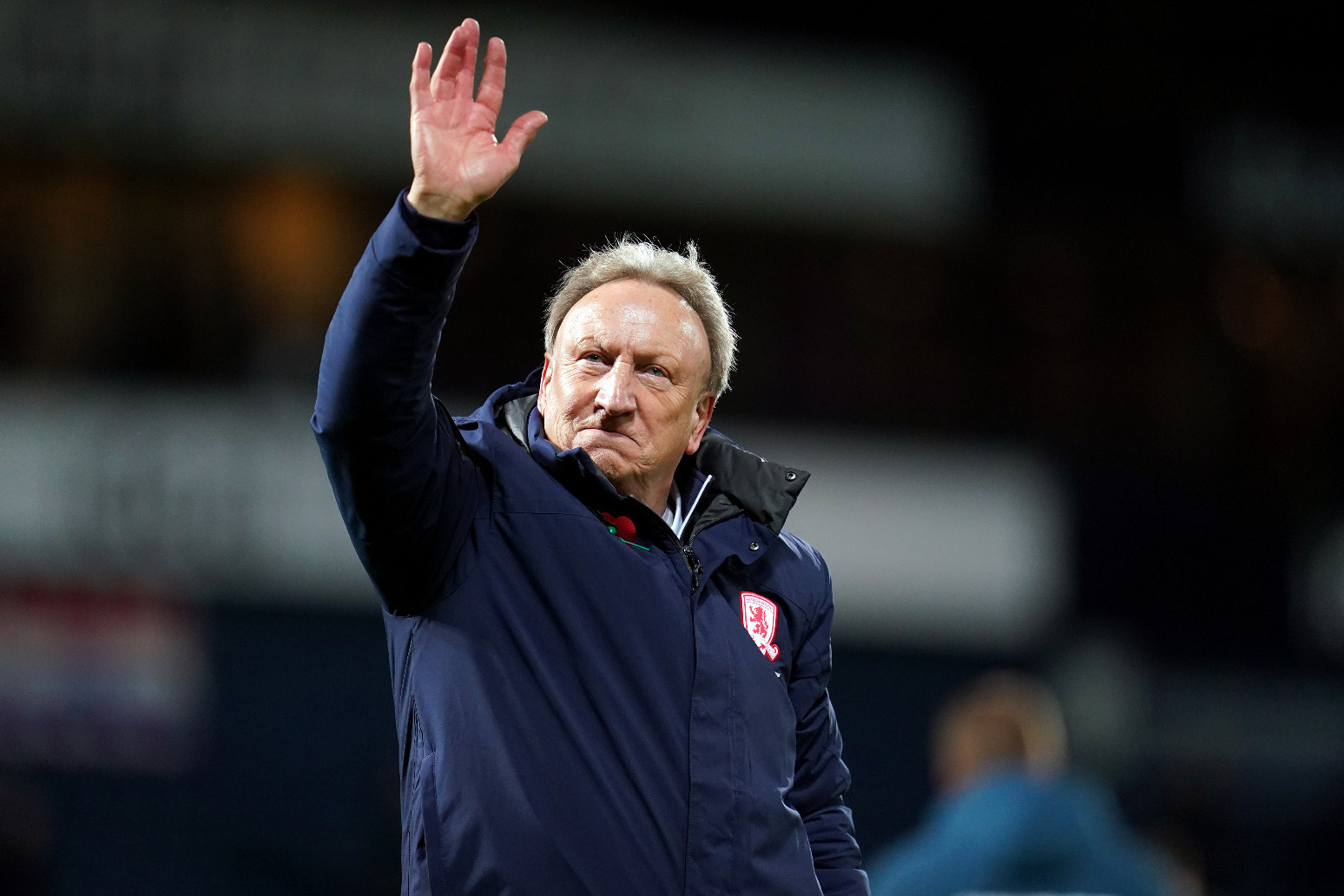 It was Warnock’s 1,603rd game as a manager, having broken Dario Gradi’s record earlier this week

Neil Warnock left Middlesbrough by mutual consent moments after his side earned a 1-1 draw with West Brom at The Hawthorns.

Warnock earlier this week clocked up a record-breaking 1,602 games as a manager but has now departed the Championship club.

“The decision was reached after talks between the two parties and Neil leaves the club with the best wishes of all.

“Neil joined the club in June 2020 when he initially came in for our final eight games and secured our Sky Bet Championship status on the final day of the season.

“He also managed the club during the unprecedented and challenging season of 2020/21 when games were played behind closed doors.

“The club would like to place on record its thanks to Neil and his staff for all their hard work during their time with us.”

Josh Coburn had given the visitors, on the back of two defeats, the lead in a drab first half where both sides struggled to fashion openings.

But Grady Diangana bagged a second-half equaliser to earn West Brom a share of the spoils.

In his pre-match programme notes, Albion manager Valerien Ismael had spoken about the challenges of breaking down sides at home and the need for patience having had to dig deep to see off Hull 1-0 in midweek.

He would have been hoping for a quick start but a first-minute stoppage following an injury to Matt Clarke – who was subbed after 19 minutes – disrupted early proceedings.

It set the tone for a poor first half with the home side, on the back of four successive home wins, failing to spark as an attacking force.

When the home side pressed, they were particularly wasteful with their set-pieces and, in a half of few chances, it was the visitors who had the better sight of goal.

Marcus Tavernier had a sniff of an opening for the visitors but the ball ricocheted to safety before the opener arrived after 38 minutes.

Duncan Watmore found Isaiah Jones inside the penalty area and he rolled the ball into the path of Coburn to lash home.

Coburn nearly caught the shell-shocked Baggies out again moments later as he sprang past sub Kyle Bartley to collect a long ball from Grant Hall but was unable to control and apply the finish.

For their part, Albion whipped in a couple dangerous balls but the Boro defence was relatively untroubled and went into the break with the advantage.

Albion needed a positive start to the second half and Robert Snodgrass curled an effort over while Darnell Furlong’s long throw was flicked on by Bartley but well saved by Luke Daniels.

Diangana had claims for a penalty turned away as the home side stepped things up and they were level after 65 minutes.

The Boro defence failed to properly deal with a free-kick into the penalty area and Bartley headed into the path of ex-West Ham man Diangana, who struck a powerful shot into the top corner.

As the home side looked for the winner, Bartley was denied by Daniels as Furlong’s long throws caused havoc again while Karlan Grant’s left-foot strike was also saved.

Boro nearly nicked it in stoppage time but Andraz Sporar saw his header brilliantly kept out by Sam Johnstone before the news broke about Warnock’s departure.