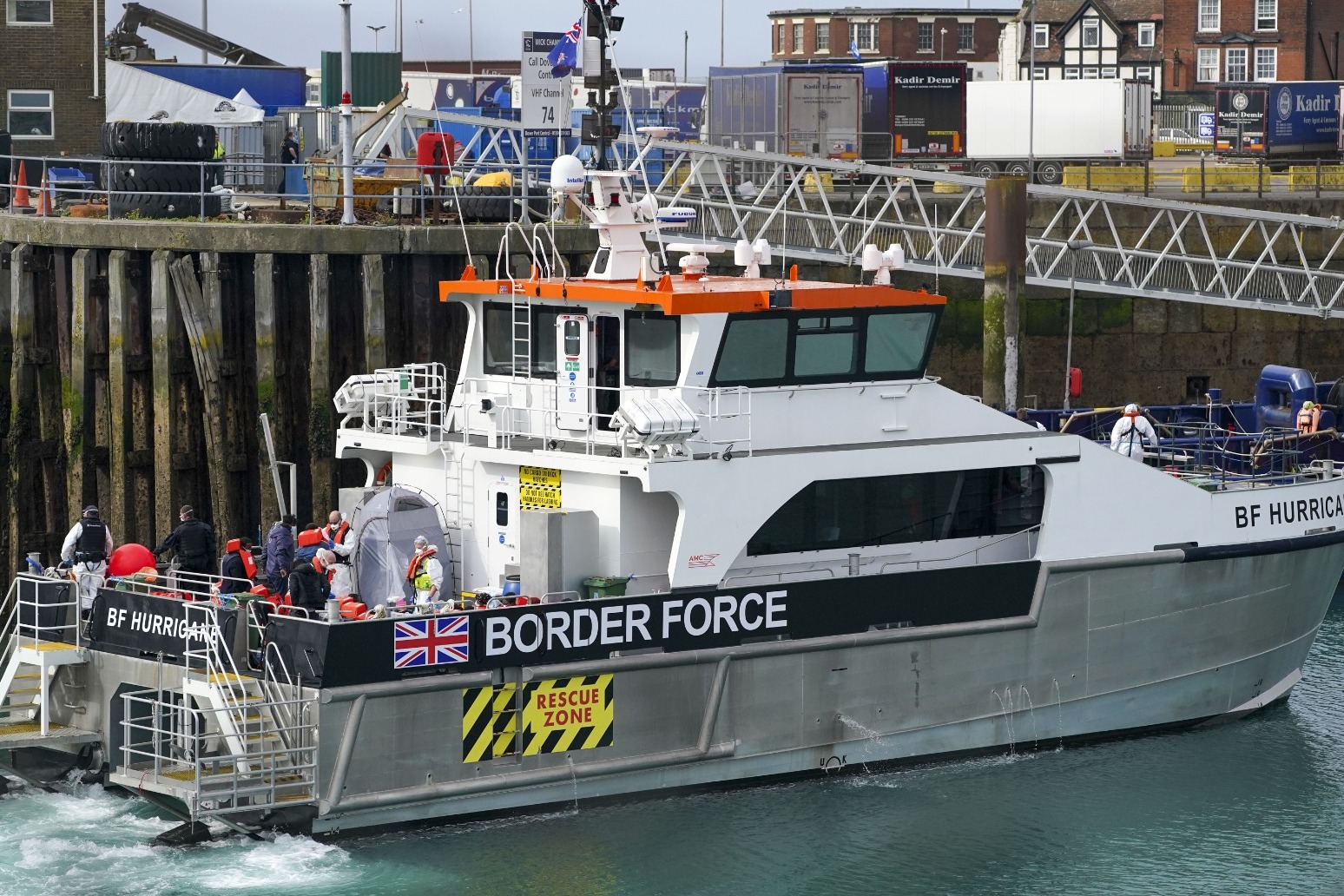 Nearly 600 people made the perilous trip across the English Channel on a single day this week, a new daily record.

On the day an Eritrean man tragically lost his life trying to reach the UK, at least 592 people succeeded in making the dangerous crossing, latest figures show.

The 27-year-old died after he and four others jumped overboard as their boat started to sink in the Dover Strait on Thursday.

His 22-year-old girlfriend watched as he entered the water before she was later rescued, a French migrant help association told the PA news agency.

After being returned to port in Dunkirk, she later discovered that her boyfriend had tragically died after being taken to hospital.

A manslaughter investigation is now under way in France following the death.

Latest figures provided by the Home Office on Friday night say at least 592 people were rescued or intercepted in their bids to cross to Britain on Thursday – a new record for a single day.

At least 155 people were intercepted by French authorities and returned to the continent on Thursday.

The new high mark eclipses the previous record of 482 set just over a week earlier on August 4, according to data compiled by the PA news agency.

More than 11,000 people have now succeeded in crossing the Dover Strait aboard small boats in 2021, PA data shows.

Thursday’s loss of life did not stop more people from attempting the journey on Friday, with individuals seen being brought into the port of Dover in Kent after crossing the Channel.

The Home Office said 25 people reached the UK aboard one boat on Friday while others were returned to France.

Lisa Doyle, director of advocacy and engagement at the Refugee Council, said: “The Government needs to recognise that while there is war, persecution and violence, people will be forced to take dangerous journeys to seek safety.

“We are talking about ordinary men, women and children who are forced to flee their home through no fault of their own. The odds are stacked against them but they struggle on to survive.

“The Government must change its approach. Instead of seeking to punish or push away people seeking safety because of the type of journey they have made to the UK, they must create and commit to safe routes.

“As a country, we can save lives and empower people, who have already been through so much, to give back to the communities that welcome them.”

Speaking to PA about the tragic events of Thursday morning, Nikolai Posner from French migrant help association Utopia 56 said five men had jumped from the sinking boat during the dramatic incident.

Among them was a 27-year-old man from Eritrea, whose girlfriend was also on board the boat, according to Mr Posner.

A helicopter from the Belgian Air Force arrived at the scene, along with fishing boats and a cargo ship.

“The helicopter picked up 10 people, but they dropped them back on the boat, the [French Navy’s] Flamant.

“Just one (the 27-year-old) that they picked up went directly to the hospital,” Mr Posner told PA.

The man is believed to have suffered cardio-respiratory arrest, French authorities said, and died in hospital in Calais.

Home Secretary Priti Patel and her department have repeatedly vowed to make the Channel route “unviable”, but crossings have continued to rise.

Charities have criticised Ms Patel and called for the establishment of more safe and legal routes for people wanting to claim asylum in the UK.