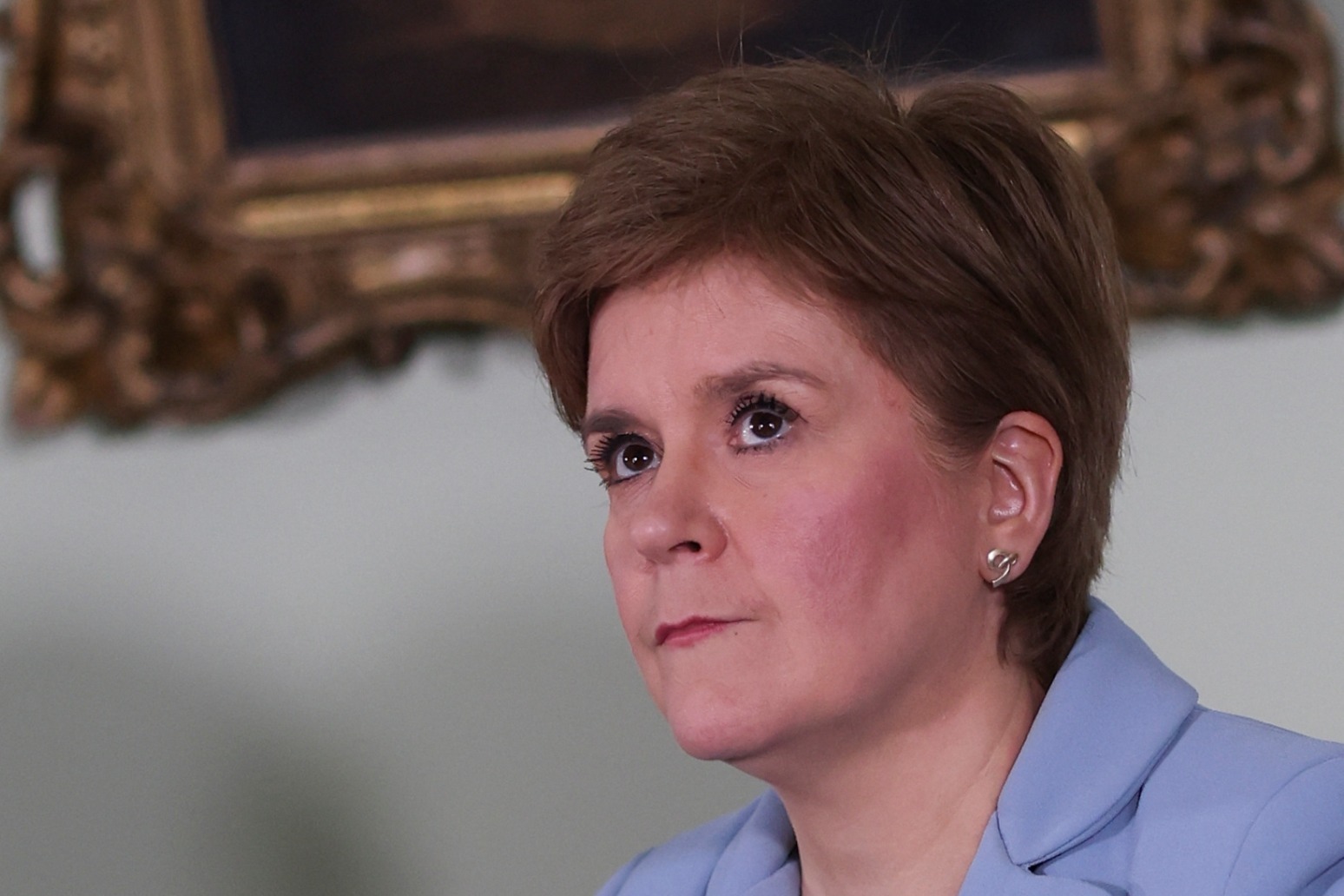 The Scottish First Minister spoke out as she launched the first in a series of new papers aimed at making a fresh case for independence.

And she promised a “significant update” in the near future on how such a vote could be held if the UK Government continues with its opposition to a second referendum.

Boris Johnson has repeatedly refused to permit such a ballot – but Ms Sturgeon blasted him, saying the Prime Minister has “no democratic authority in Scotland and no moral authority anywhere in the UK”.

She recalled that when she was re-elected as First Minister last May it was on a “clear commitment to give the people of Scotland the choice of becoming an independent country”.

Ms Sturgeon also noted Holyrood has a “decisive majority” of MSPs in favour of independence, arguing as a result that “the Scottish Parliament therefore has an indisputable democratic mandate”.

She claimed if the UK Government “had any respect at all for democracy” it would grant a section 30 order, allowing a legally binding referendum to be held, as happened in 2014.

The First Minister said she had made clear to Mr Johnson today that she is “ready to discuss the terms of such an order at any time”.

But she stated his previous refusals to grant such an order meant she must consider if a referendum could be held by other means.

Ms Sturgeon said: “My duty, as the democratically elected First Minister, is to the people of Scotland, it is not to Boris Johnson or to any Tory prime minister. This is a UK Government that has no respect for democracy.

“That means if we are to uphold democracy here in Scotland we must forge a way forward, if necessary, without a section 30 order.”

While she accepted Holyrood’s competence to legislate for a referendum was “contested”, she added that “is the situation we must navigate to give people the choice of independence”.

Ms Sturgeon said work on this was “well under way”, pledging to make a “significant update” about this to Holyrood “very soon indeed”.

Her comments came as she made clear it was “time now to set out and debate” the case for Scotland to leave the UK.

The First Minister stated: “After everything that has happened – Brexit, Covid, Boris Johnson – it is time to set out a different and better vision.

And she added: “The case for Scotland charting our own course, a better course, is strong and compelling.”