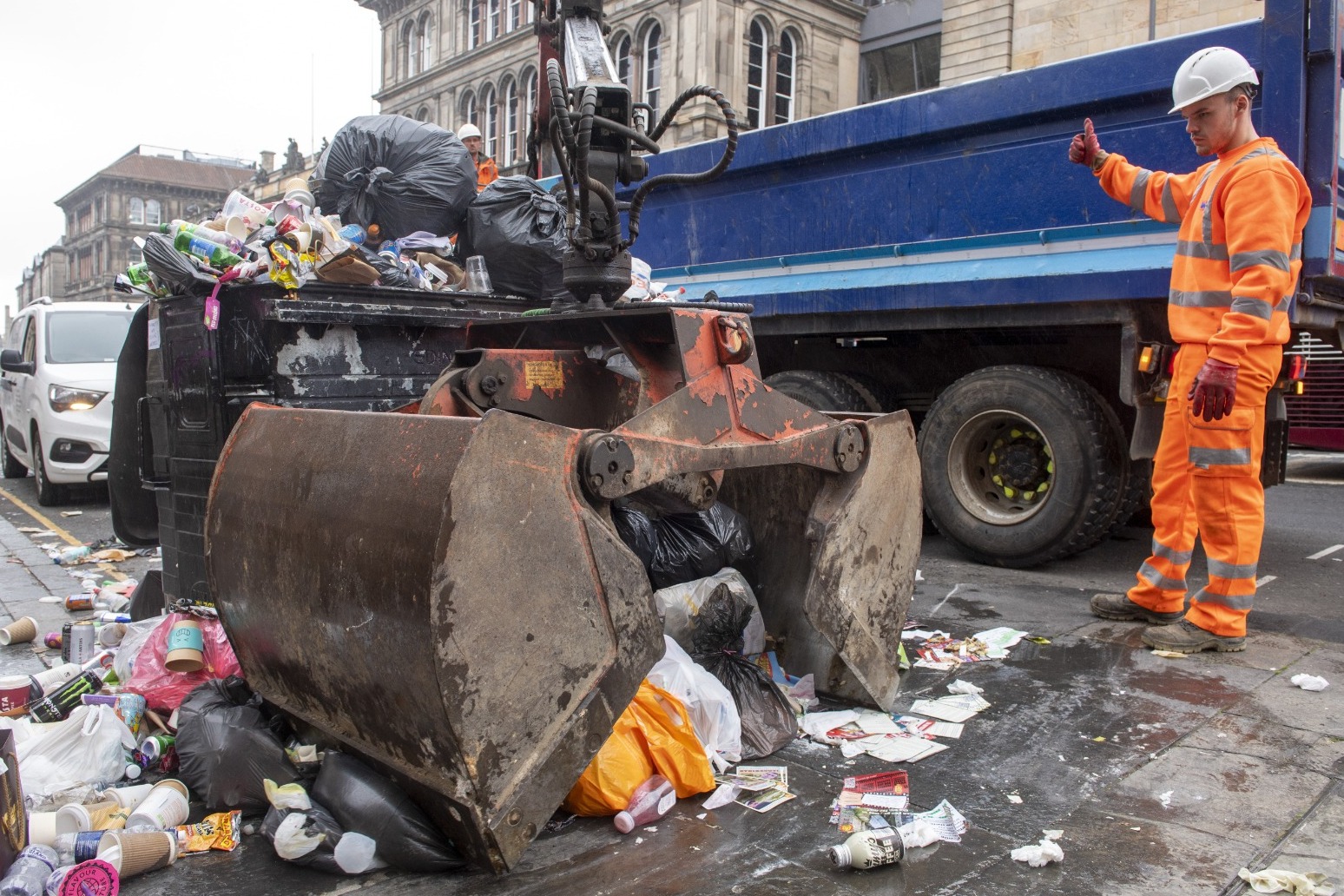 Nicola Sturgeon is to meet union leaders in a bid to end the council workers’ strike “crisis”.

The First Minister will chair talks on Thursday afternoon, with the discussions taking place as the clean-up gets under way in some of Scotland’s largest councils after a walkout by cleansing department workers.

Rubbish piled up on the streets as a result of the action – with Wendy Dunsmore of Unite warning that without a deal the unions will seek to step up the industrial action.

Unite is calling for a flat rate increase of £3,000 for all council workers, although in a video posted on social media, Johanna Baxter of the Unison – the largest of the three unions involved in the dispute – appeared dismissive of such a deal.

For such an offer to be acceptable, Ms Baxter, the head of local government at Unison Scotland, said there would need to be more money on the table, adding without this a deal risked “literally taking money out of the pockets” of some workers.

Meanwhile fresh strikes by waste workers are already planned for next week, when staff at a number of local authorities will walk out for eight days, while the dispute will also spread to schools and early years workers, who are to take part in a three-day protest in some areas.

Unite -which is involved in the dispute alongside Unison and the GMB – said earlier that it has served notice of strike action in 20 local authority areas.

However, Ms Sturgeon has already warned that all options for making more funding available for pay have been “exhausted”.

The First Minister tweeted: “If we could go further we would, but @scotgov budget is finite.”

Ms Dunsmore told BBC Radio Scotland that she will use the meeting to demand a “fair and decent pay rise for all workers”.

The Unite regional officer told the Mornings with Stephen Jardine programme: “We’re hoping she is intervening to get a resolution to this crisis we are in.

She continued: “What we want is a fair and decent pay rise.

“The cash payment will disappear quite quickly with tax and insurance. If I was Cosla or the Scottish Government I would definitely look at consolidating that into pay because then it would be worth something today, tomorrow and in the future.”

She made the plea as clean-up operations got under way in parts of Scotland, including Glasgow, the country’s largest local authority.

However, Glasgow City Council warned residents to expect a “significant delay to all collections” due to the “extensive backlog”.

Aberdeen City Council also said there is a large backlog of work and warned “there may still be disruption to normal services”.

According to the Scottish Government, the latest offer included a payment of at least £1,925 for council staff, with those earning £20,000 receiving £2,000.

If no deal can be reached, Ms Dunsmore said unions – who have already warned of a possible winter of discontent – could escalate their action.

“The industrial action next week is three days in schools and early years, and in waste is eight days,” she said.

“What happens after that is the unions will regroup and will look to escalate this further, so that could have further impacts on services across Scotland.”

She added: “Our members are very resolute on what they’re looking for, they cannot afford to work in poverty. So we’re having to make plans and a strategy as to meet the needs of our members.”