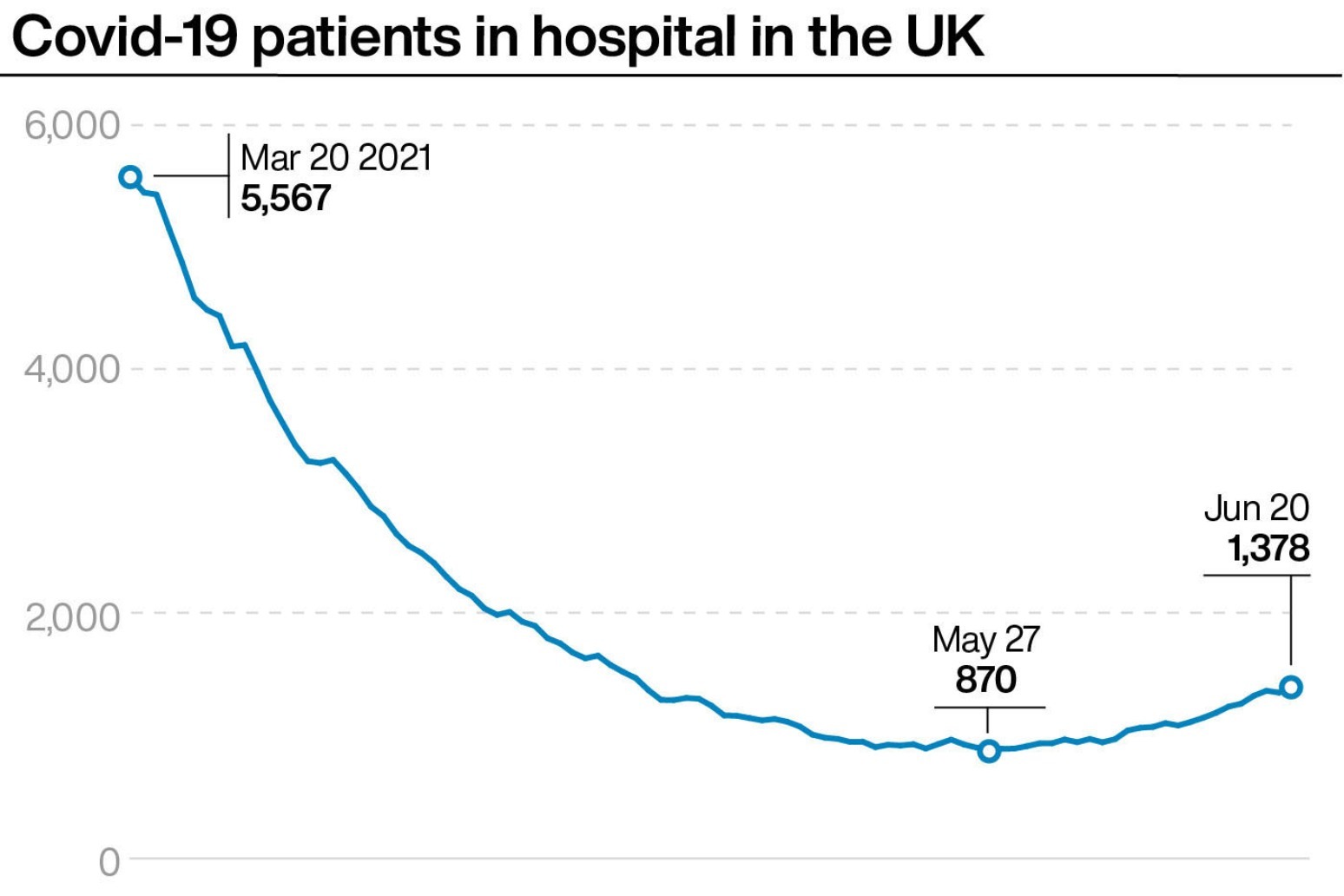 The number of patients in hospital with Covid-19 in the UK has risen to its highest level for nearly two months.

Latest Government figures show that a total of 1,378 patients were in hospital on June the 20th.

This is up 21% from the previous week, and is the highest since the 29th of April.

It is also up 58% from the 870 patients recorded on May the 27th, which was the lowest number since the second wave of the virus.

The figures are still well below those recorded at the peak of the second wave, however.

A total of 39,254 Covid-19 patients were in hospital on the 18th of January – the highest at any point since the pandemic began.

The figures come as the average number of daily reported cases of Covid-19 in the UK topped 10,000 for the first time since late February.