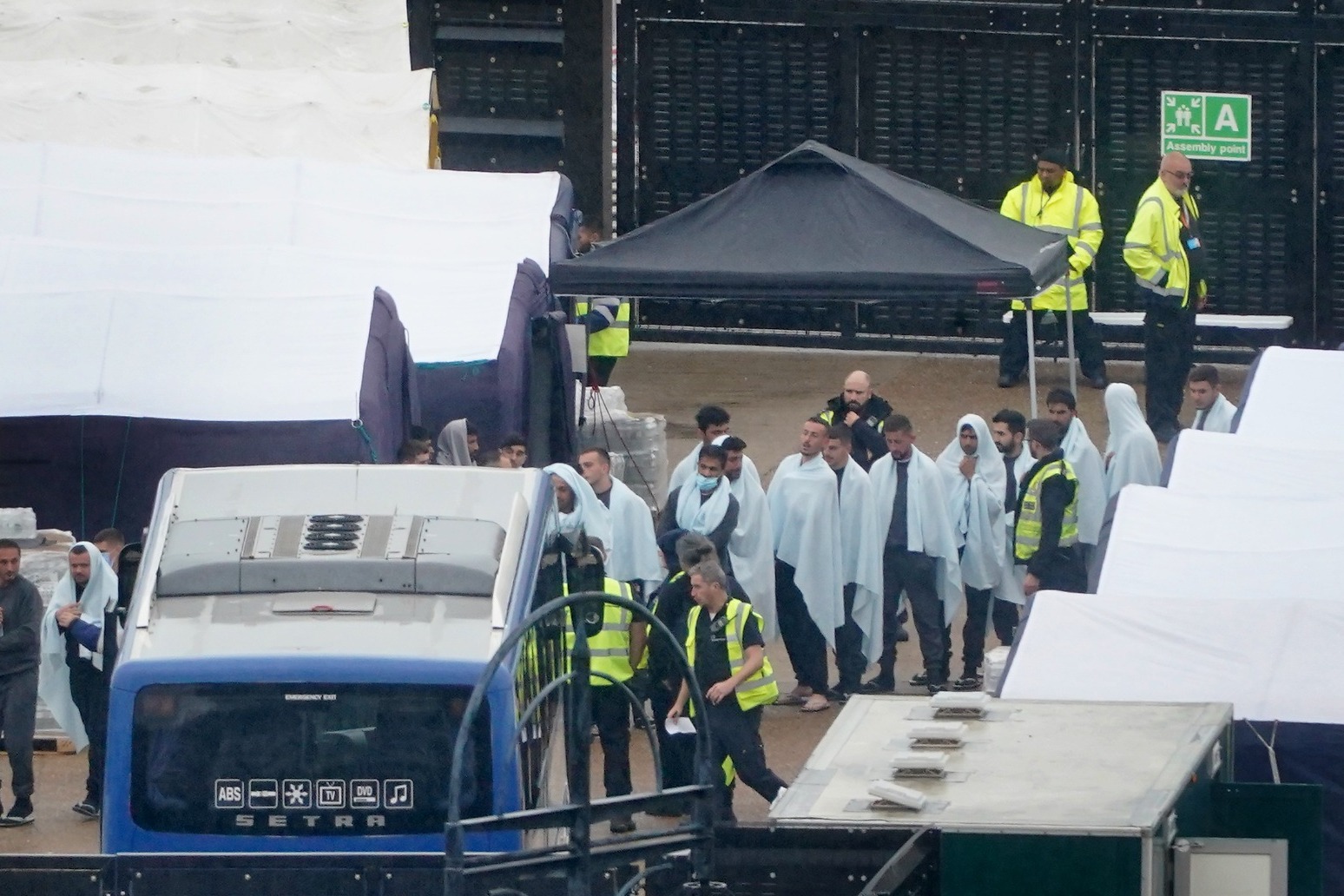 More than 75,000 migrants have arrived in the UK after crossing the Channel since current records began four years ago, figures show.

Some 75,628 people have made the journey since 2018, according to PA news agency analysis of Government data.

Official Home Office figures show that between January 2018 and June 2022, 51,881 migrants were recorded as arriving in the UK.

Since then 23,747 have been detected, according to provisional Ministry of Defence (MoD) data.

The department said 856 migrants arrived in 19 boats on Wednesday, as Channel crossings continued for a fifth day in a row.

Children wrapped in blankets were pictured being carried to safety by lifeboat crews at Dungeness beach in Kent.

The provisional total for the year so far is now more than 36,400, including 3,462 crossings recorded in October to date.

The crossings continue as the Government faces another legal challenge against its plan to send migrants to Rwanda after similar court hearings took place last month.

Deportation flights are on hold while the legal disputes are ongoing.

The court is expected to give its ruling on all the cases at the same time at a later date.

Meanwhile, BBC Newsnight reported more than 100 lone child migrants are missing after disappearing from UK hotels over a 14-month period.

Some 116 children disappeared between July 2021 and August 2022 after temporarily being put in hotels by the Home Office, according to data obtained by the programme under freedom of information laws. Another 65 children who also went missing were later found, the report said.

The Government said the “unprecedented rise” in Channel crossings was “putting extreme pressure on our asylum system and has meant we have had no alternative but to temporarily use hotels to give children a roof over their heads whilst long-term accommodation is found.

“Any child going missing is extremely serious, and we work around the clock with the police and local authorities to urgently locate them and ensure they are safe.”

Migrants who “travel through safe countries to illegally enter the UK will not be allowed to start a new life here”, a Government spokesman said, adding: “But ultimately nobody should put their lives at risk by taking dangerous and illegal journeys to the UK.

“We will go further and faster to tackle those gaming the system, using every tool at our disposal to deter illegal migration, disrupt the business model of people smugglers and relocate to Rwanda those with no right to be in the UK.”

The MoD said its data was taken from “live operational systems” and was subject to change, “including reduction”.