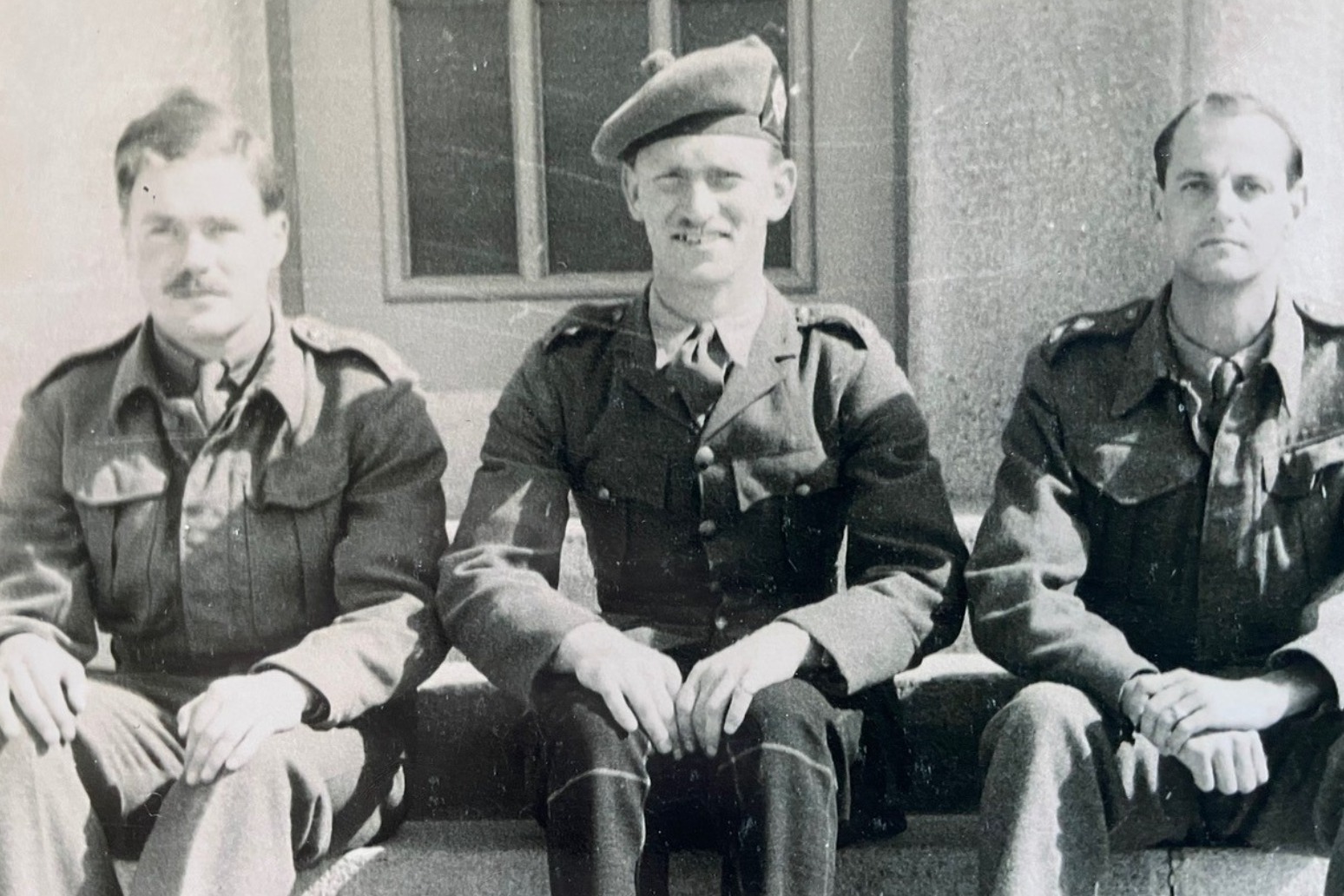 The oldest veteran of the Royal Scots regiment who fought in Dunkirk has died aged 104.

The oldest veteran of the Royal Scots regiment who fought in rearguard defence during the Dunkirk evacuations, evaded a German massacre in 1940 and survived five years as a prisoner of war has died aged 104.

Major John Errington, born on August 12 1918 at his family home in Beeslack, east of Penicuik, fought at the battle of Le Paradis in Northern France in May 1940.

The 1st Battalion The Royal Scots, reduced in strength to 400 men by over two weeks in action, prepared for their last stand at Le Paradis, 30 miles from Dunkirk in north-east France on May 25 that year.

Their defence action is said to have helped delay the German advance, allowing thousands of British troops to reach the beaches of Dunkirk.

More than 100 battle survivors, including many wounded, were later massacred by troops of the German SS Division Totenkop, regimental historians claim, a fate Major Errington avoided.

However, he was eventually captured and spent five years as a prisoner of war.

During his time as prisoner, his sister, who lived on Mull, arranged for food parcels to be sent to him from Edinburgh’s best shops, including cigars which he used as currency, his loved ones said.

They said he was respected by his German guards because he was able to turn his hand to many practical repairs in the camp.

After surviving the war, the veteran, who was educated at Wellington College, narrowly avoided the bombing of the King David Hotel in Jerusalem in 1946.

That happened after he re-joined the regiment before being posted to the Middle East Centre for Arab Studies (MECAS) in Jerusalem to improve the Arabic he learnt in the prisoner of war camp from a Palestinian civilian member of the Pioneer Corps.

On 22 July 1946, the regiment’s Arabic tutor kept troops into their lunch hour, which they would have normally spent at the King David Hotel.

At 12.26pm, the hotel was virtually destroyed by a bomb planted by Zionist insurgent group the Irgun, killing 91 and wounding many more, historians said.

Major Errington always believed that their tutor knew what was about to happen and deliberately held them back that day, it is understood.

After the war, Major Errington was posted to the Combined Intelligence Centre at RAF Habbaniya in what was then Iraq, where he met, Brenda Reeves, who he married in Habbaniya in June 1948.

He attended The Staff College in 1950 before being promoted to major and posted to military intelligence in the War Office in 1952 and, later, Malaya during the Emergency from 1953-1956, for which he was Mentioned in Despatches “for distinguished service”.

After returning to the regimental depot at Glencorse, Major Errington’s final posting was to Libya in May 1958, again in intelligence.

After retiring, he attended agricultural college in Aberdeen and worked on the family farm in Kincardineshire.

A noted sportsman, he became an enthusiastic dinghy and offshore sailor, sailing his cruising yacht, Prince Vreckan, into his 90s, having taught his loved ones to sail.

He enjoyed swimming and, aged over 100, still swam in the public baths in Kirkcudbright.

Major Errington was the second of two sons and two daughters.

His father and maternal grandfather had both been Royals.