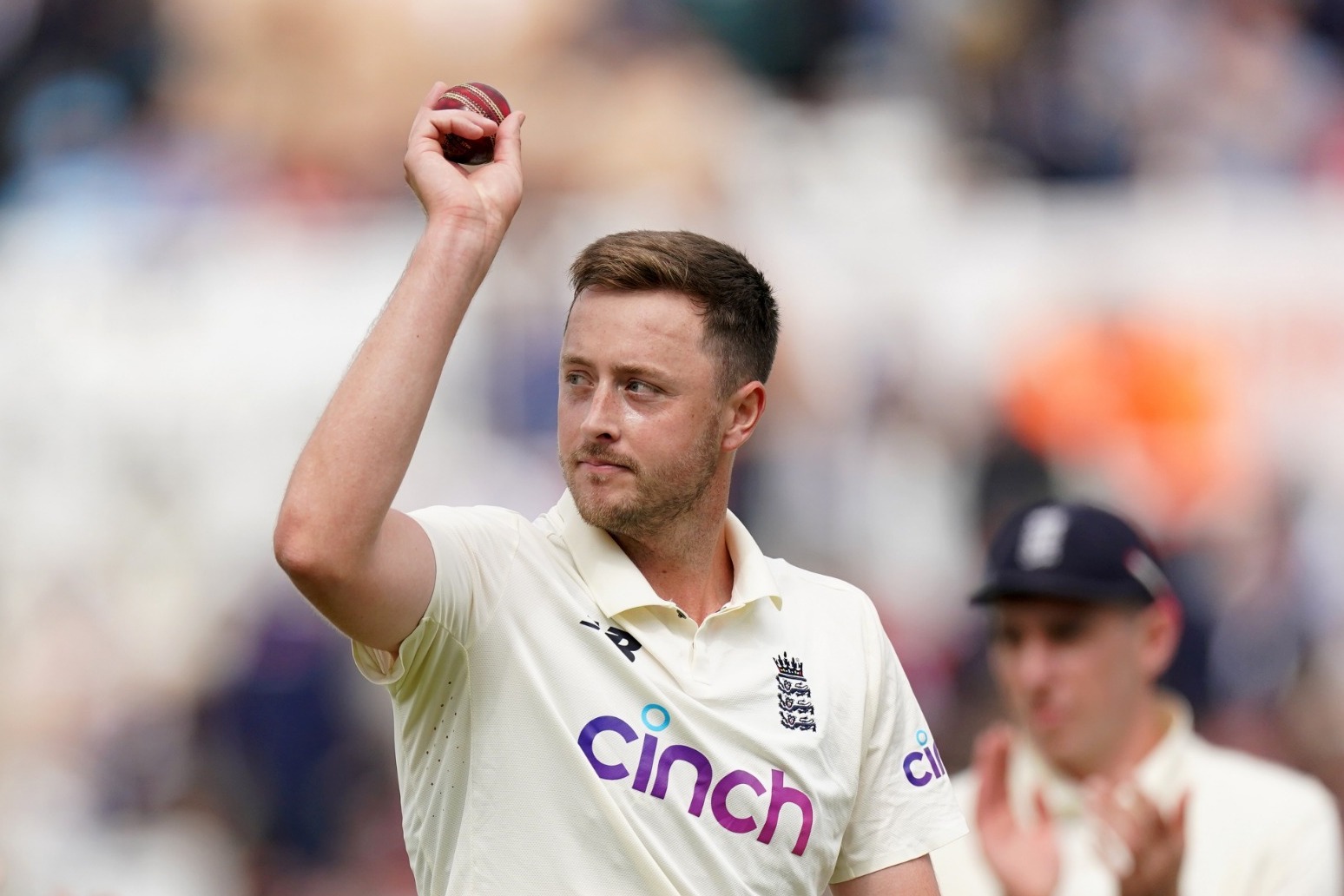 Ollie Robinson has revealed he feared for his England career and even braced himself for a possible two-year ban after the Twitter storm which overshadowed his Test debut.

The 27-year-old celebrated a maiden five-wicket haul on day three of the first LV= Insurance Test against India, a proud moment on a second chance he once doubted would come.

When Robinson earned his international cap against New Zealand two months ago it should have been the crowning moment of his professional life. But the emergence of racist, sexist and offensive tweets dating back almost a decade instead left him mired in controversy.

After fulsome apologies in public and private, the Sussex seamer left the squad as soon as the game was over to await the findings of a Cricket Discipline Commission investigation into the episode.

The matter even broke through to the House of Commons, with Prime Minister Boris Johnson supporting Culture Secretary Oliver Dowden’s assessment that banning Robinson would be “over the top”.

He was ultimately banned for eight games, three served retroactively with another five remaining suspended, and was also fined and instructed to undergo educational courses via the Professional Cricketers’ Association.

Robinson was back in the England side at the earliest possible opportunity at Trent Bridge this week, and confessed he had feared a much longer exile.

“There was a time when I was speaking with my lawyers and we were looking at the fact I could be banned for a couple of years and never play for England again,” he said.

“In a couple of years I would have been 30 and someone else could have come in and taken my spot. So there was definitely a time when I had doubts over my career – but luckily it all came good today.

“It was tough. Probably the toughest few weeks I’ve had in cricket to be honest, or in my life actually. It affected not only myself but my family too. I’ve learned a lot now and I’m looking to move forward.”

Robinson’s ability to thrive at the very highest level does not appear to be in question, his five-for in Nottingham meaning he now has 12 wickets at an average of 15.50 from his three innings as an international bowler.

But he knows that is only half the story and that he must also deliver on his promises that he is a different man from the teenager who once littered social media with offensive content.

“I was a young 18-year-old naïve guy and I made a lot of mistakes, not just those tweets,” he said.

“I have grown as a person a lot in that time. I have learned a lot and tried to develop myself as a person in the last 10 years.

“I am father now as well and I have just tried to make myself the best person I can be – and I hope people will be able to see that.

“Everyone with England was very good, they did put their arm around me and helped me through a tough situation.

“I also knew what I did on the field wouldn’t affect our relationships but it was important for me to show everyone that I am the real deal on the field and try to get the scrutiny off me.”

His England team-mates will certainly be thankful for the pressure and persistence of Robinson and Anderson, the latter taking four for 54.

With Stuart Broad wicketless and lacking rhythm on the sixth anniversary of his famous demolition of Australia on the same ground, India might easily have made more than their 278 all out.

As it was they had to settle for a lead of 95, which was slimmed down to 70 by England openers Rory Burns and Dom Sibley before an early finish for rain.

Robinson certainly enjoyed the battle, brushing shoulders with India’s top-scorer KL Rahul early as neither man gave an inch and later raising his finger to his lips in a pointed send-off after removing Ravindra Jadeja.

Anderson was equally combative and Robinson said: “It was all friendly banter, we were just trying to get them out of their bubble.

“They were batting well, pretty defensive, so I was trying to get KL to play some shots against us. It was all good fun.”