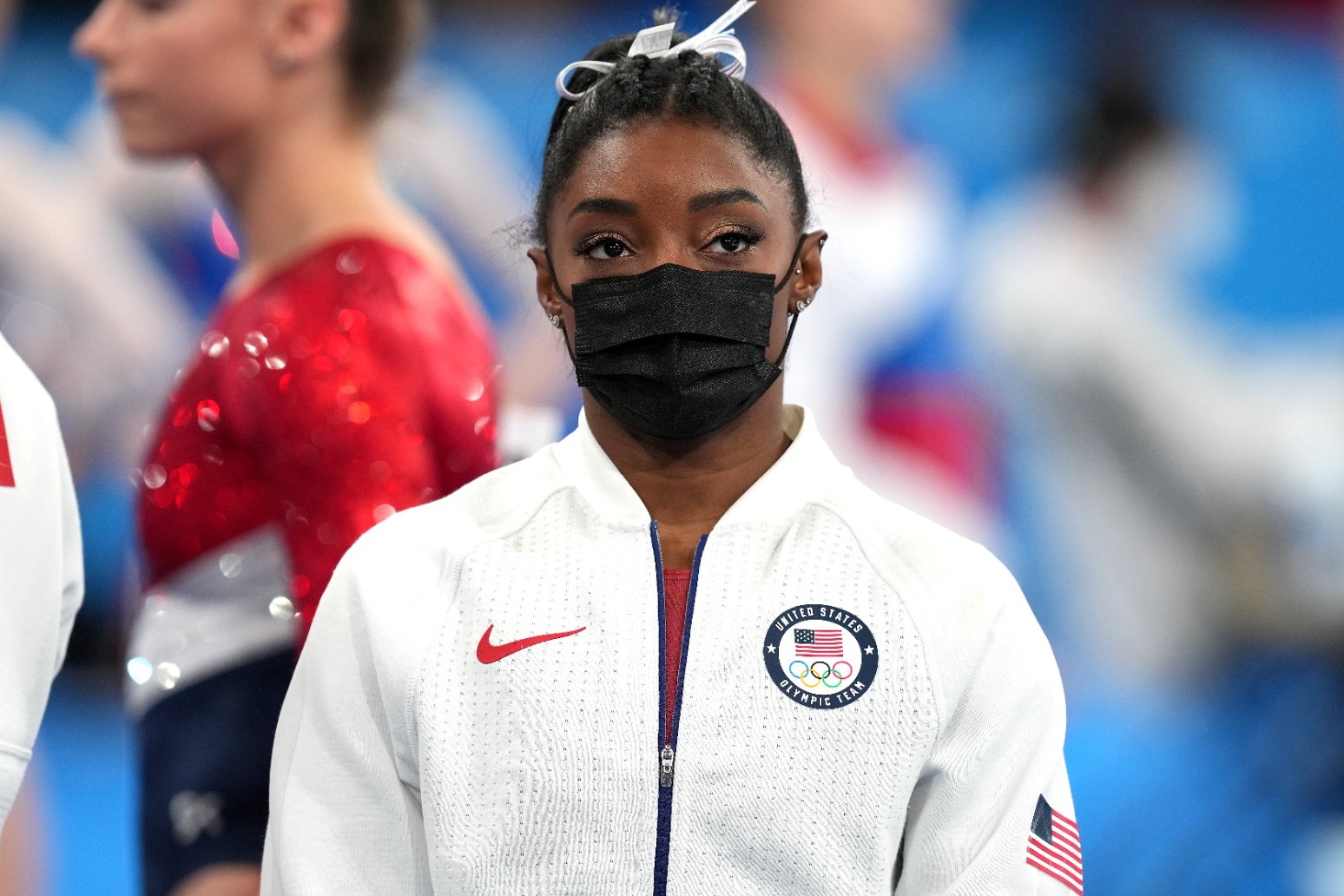 It comes amid a call for people facing “perfect storms” of pressure to be supported whether in daily life or top-level sport.

The gold medal-winning US athlete has withdrawn from Thursday’s women’s all-around final, having pulled out after one rotation of the women’s team final on Tuesday in Tokyo, citing mental health concerns.

Her decision has been described as “brave” by a mental health charity, and a specialist sports performance academic said her openness is “admirable”.

“So it’s OK sometimes to even sit out the big competitions to focus on yourself because it shows how strong of a competitor and person that you really are, rather than just battle through it.”

She was “extremely articulate and poised” and spoke “really maturely” about the issue, said Dr David Fletcher, senior lecturer in performance psychology and management at Loughborough University.

He told the PA news agency: “I think a lot of people who’ve had mental health issues in society at large will push on and persevere or if they do take time off work they may not explain or be upfront about the exact reasons why that might be, so hopefully she’s going to serve as a role model on this front.”

He said withdrawal from such a major event for which there will have been huge preparation made is a decision which “is not made lightly”.

“I think in years gone by if athletes have withdrawn for these types of reasons then possibly some other reason or excuse has been made but I think what’s particularly interesting and admirable on this occasion is that she has been very honest and open about that.”

Athletes competing on the world stage are “under the gaze of a global audience of billions” and, while they willingly compete at such a high level, it is “totally understandable” they might struggle under that weight, Dr Fletcher said.

It is at times like these when people need support, he added.

He said: “You get these perfect storms of pressures and strains that are out of the ordinary and pushing us to our very limits.

“And we will all be tested, and I’m not sure that if people are under that type of strain and pressure, whether you’d say to them ‘you’re lacking in resilience’.

“They’re being pushed right outside their comfort zones and that’s the time to get round people and support them and do everything that you can to help them through these tough periods.”

Dr Fletcher said he is hoping for a “societal change” around mental health perceptions amid such open discussions from well-known names.

He said: “I think there is a movement in and around the understanding of mental health and if Olympic sport, professional sport can lead the way on that, I think that’s only a good thing.”

Katie Legg, director of strategy and partnerships at Mental Health UK, said it is a sign of strength rather than weakness to be open about mental health struggles.

She said: “Athletes push themselves to the limit to perform at the pinnacle of their sport, and they understand the role good mental health and resilience plays in achieving their dreams.

“None of us watching at home can fully understand what Simone is going through, but there is no doubt that this was a brave decision to take with the world watching your every move and the weight of a nation on your shoulders.

“To be open that you are struggling and to ask for support is not a sign of weakness, but a strength. We can all learn from her example and prioritise our mental health as much as our physical health.”

Hayley Jarvis, head of physical activity at Mind, said: “We hope Simone’s decision encourages anyone struggling with their mental health to get the help and support they need. We applaud and respect Simone and hope that she is given the space and time she needs to look after her mental health.”