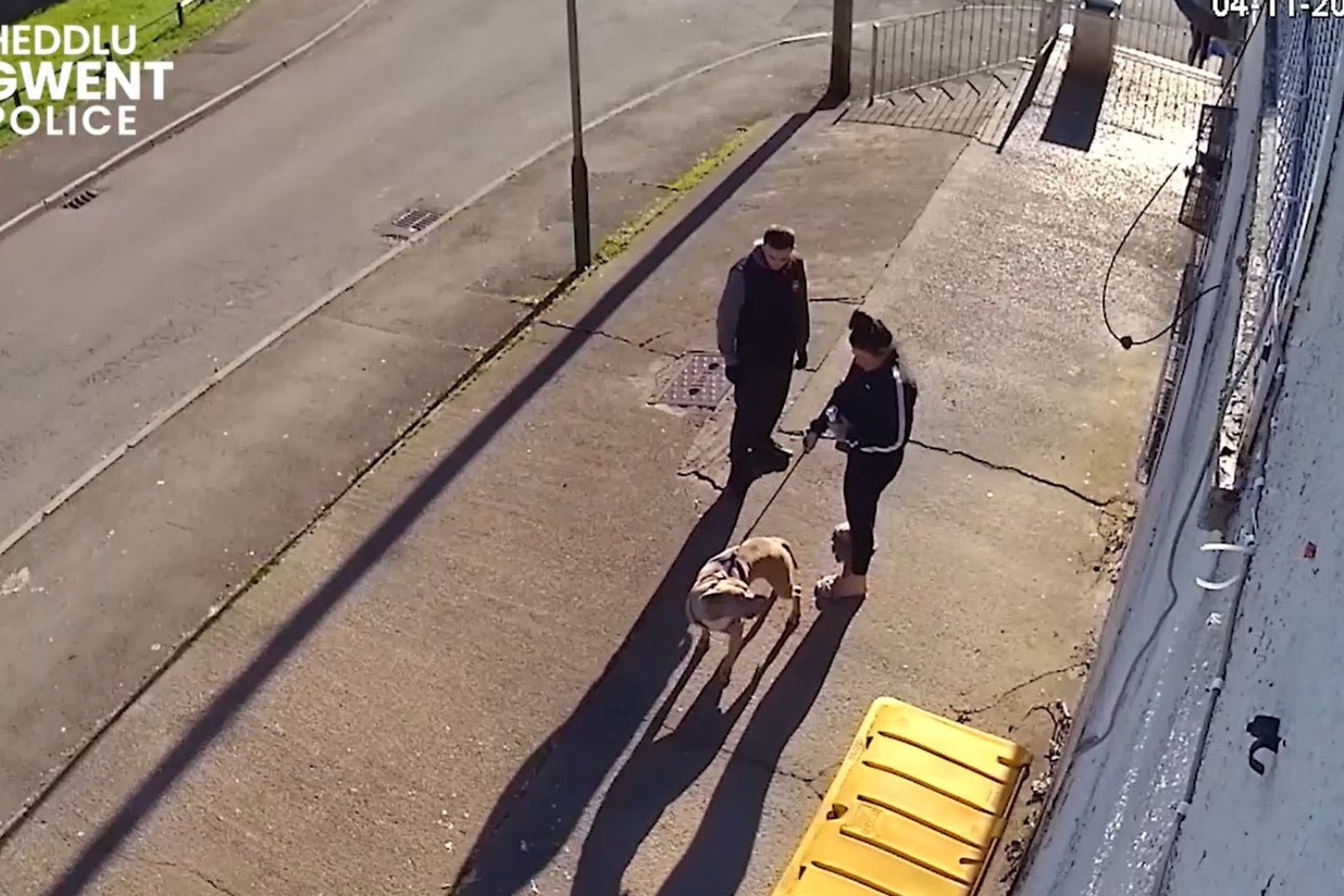 A man and a woman have been jailed after a 10-year-old boy was killed by a dog in a “tragic and needless event”.

Jack Lis was mauled to death by an American Bully or XL Bully dog called Beast while playing at a friend’s house in Pentwyn, Penyrheol, Caerphilly, South Wales, after school on November 8 last year.

Amy Salter, 29, and Brandon Hayden, 19, were arrested and charged following the youngster’s death and appeared at Cardiff Crown Court on Friday to be sentenced.

Salter previously admitted being a person in charge of a dog dangerously out of control, causing injury resulting in Jack’s death.

Hayden pleaded guilty to being the owner of the dog that killed Jack, and he admitted a further five offences of owning a dog dangerously out of control between November 4 and 7 last year.

The court heard Hayden, of Penyrheol, Caerphilly, became the owner of the 100lb dog on November 3 2021 after answering an advert on Facebook offering it free to a good home, stating that it had issues with other dogs.

Hayden asked Salter, of Trethomas, Caerphilly, if she could look after the dog for a short period.

In the days that followed, Beast was aggressive to people in the community, jumping up at and towards them and biting at least two people, Michael Ball and Sian Sullivan.

Ms Sullivan was injured by the dog on November 7, the day before Jack was attacked.

Footage played to the court shows Hayden with Beast outside the village shop Top Stores on Heol Aneurin.

Hayden is seen on a number of occasions on November 4 struggling to control the dog as it lunges towards people walking to and from the shop, including nearby children.

Salter can be seen to be present during some of the incidents, including while the dog is barking viciously and pulling towards a young girl, who looks fearful and retreats behind a car.

During the video Hayden can be seen to hit Beast several times in the head as he tries to pull him back.

Another clip captures the dog running at a boy, who drops his scooter, runs away and hides behind a wall.

The next day, on November 5, Hayden can be seen on CCTV picking up the dog from his father’s house where it had attacked a neighbour’s dog.

Prosecutors have said the events leading up to Jack’s death are “intertwined”.

On the day of the fatal attack, the dog was unrestrained when Jack walked in to play with a friend.

Prosecutor Gareth James QC said it was not necessary to disclose the full nature of Jack’s horrific injuries to the public in court to avoid “unnecessary distress to those already suffering”.

He said Jack was standing near the door when the dog jumped on him.

Mr James said: “Beast jumped up and put his two paws on his shoulders, causing him to fall to the floor. That is when Beast was seen beginning to attack Jack.”

His friend ran to a neighbour to get help but when the neighbour got to the house he could not open the door and could see the dog continuing to attack Jack.

Hayden is said to have arrived and also tried to open the door but failed, and left the scene as the police arrived.

The emergency services including paramedics from the Welsh Ambulance Service were called to the house at around 3.55pm and police officers attempted to distract the dog by banging on the windows.

The method worked and Sergeant Ross Phillips took the chance to reach inside and pull Jack out.

“Sadly he had already died as a result of the injuries he had suffered,” Mr James said. He described the injuries as “unsurvivable”.

The animal was later found to be an American bully or XL bully, which are not on the banned breed list.

Dozens of family members sat in the public gallery, many wearing red as they had done in tribute to Jack during his funeral.

In a statement read to the court by Mr James, Jack’s mother Emma Whitfield said his death had left a “huge rift” in their family’s lives, the lives of Jack’s friends and the community.

“The last images a mother sees of her son should never be of him being dragged from a house knowing deep down he is gone but praying it isn’t so.

“When I close my eyes I see the animal and its teeth, I hear the barking. I now suffer with panic attacks and severe flash backs.”

Sgt Phillips said in a statement: “I’ve thought about the incident and Jack every day since I attended the call. It will live with me for the rest of my life and it will not be something I will ever get over.”

He said he has spoken little of what he saw that day but described it as “traumatic and heartbreaking”, and said Jack’s death was a “terrible waste”.

Hayden was sentenced to four years and six months while Salter was given a three-year prison term. Both were banned indefinitely from owning a dog.

Ryan Randall of the CPS said: “Our thoughts remain with Jack along with his family and friends, who have suffered a heart-wrenching loss.

“Despite warnings from the previous owner, and knowing it’s aggression, Hayden and Salter left the animal at the house without taking any proper measures to control it.

“Their failure to do so had catastrophic consequences.”