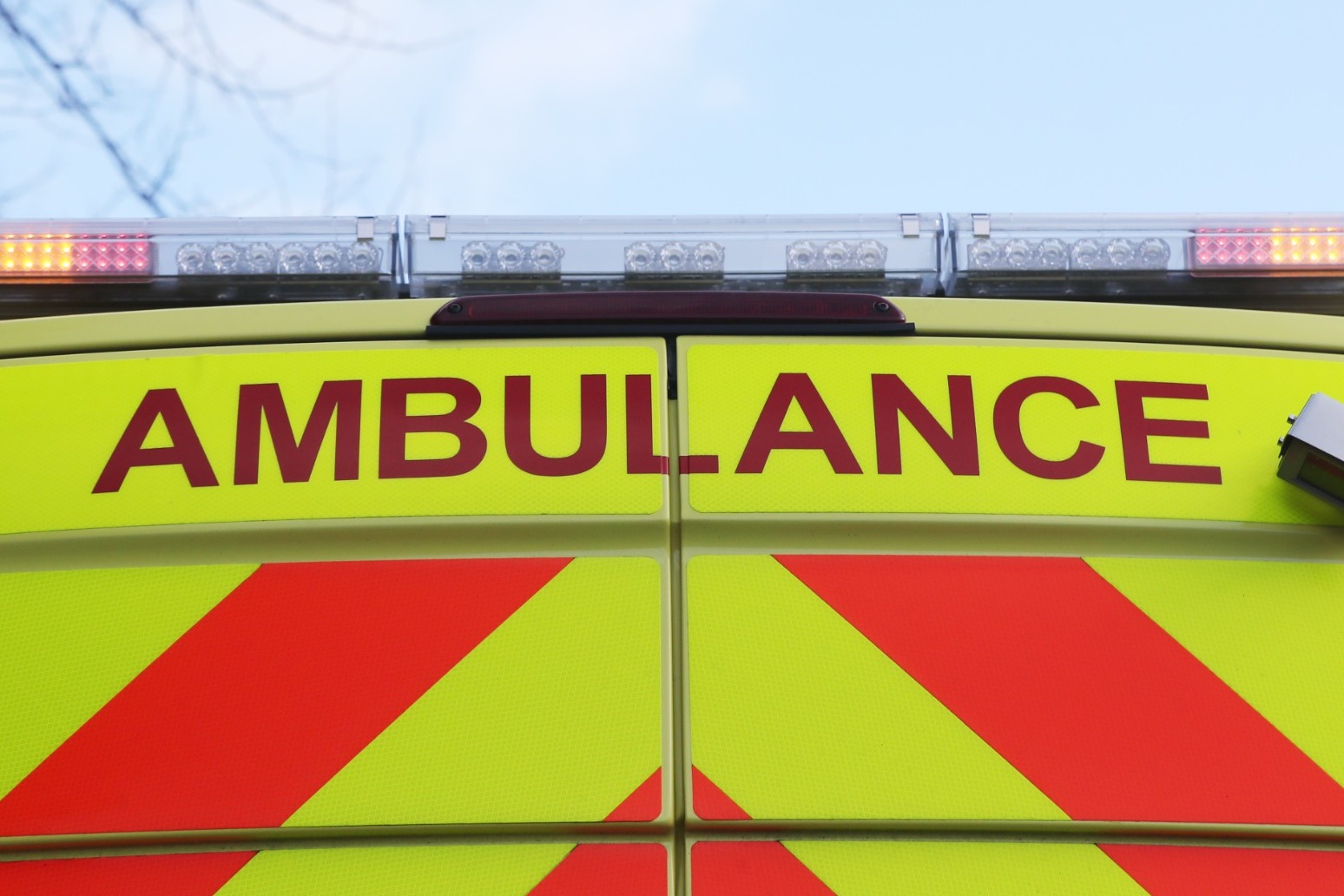 More than half of people are worried about facing “dangerously long” waits for ambulances and A&E treatment if they fall seriously ill, according to a poll.

A survey of more than 1,000 British adults found around six out of 10 (61%) people were not confident an ambulance would arrive quickly if they needed one.

The poll, carried out by Ipsos for the PA news agency, also found that nearly two-thirds (64%) of people did not have confidence they would be seen quickly in A&E if they needed emergency care.

It comes amid reports of ambulances taking hours to arrive, patients waiting for hours in packed A&E departments and the NHS struggling with widespread staffing gaps.

The poll also found that the public was most concerned about long waiting lists and waiting times (62% of those surveyed), followed by not enough staff and overworked staff, both at 57%.

Dr Katherine Henderson, president of the Royal College of Emergency Medicine, said the survey confirmed the “frustration and dissatisfaction” people have with the urgent and emergency care system.

She told PA: “People are worried about facing dangerously long waits in emergency departments or for an ambulance to arrive.

“Staff are fearful of being stretched beyond their limit and at having to deliver sub-par care because of the shortfall of staff and beds.

“The health service is slowly collapsing, and it is only existing staff that are holding it up.”

NHS performance data shows ambulance trusts in England recorded their longest response times on record in March, while April saw an all-time high of 24,138 patients having to wait more than 12 hours in A&E departments from a decision to admit to actually being admitted.

Last month the Healthcare Safety Investigation Branch also warned patients are being put at risk and some are dying due to handover delays between ambulances and A&E departments.

While the figures have improved slightly in recent months, key performance targets are still being missed.

“But thanks to the hard work of staff, waiting times for ambulances and in A&E are going down and it remains as vital as ever that people come forward for care when they need it, through NHS 111 online or by dialling 999 in urgent life-threatening cases.”

In Scotland, new figures released last week showed the number of patients at A&E departments waiting longer than four hours grew to a record high of 8,993 in the week up to June 26.

A Scottish Government spokeswoman said that despite rising numbers of Covid patients in hospital having a detrimental impact on delays in A&E, more than two-thirds of people were seen within the four-hour target.

She added that £50 million was being invested in measures to reduce A&E waiting times, while there had also been a “record” recruitment of 540 additional ambulance staff in 2021-22.

“This consequently causes significant delays for patients out in the community who are waiting longer than they should be for an ambulance response,” he said.

“The results of this survey naturally reflect the frustrations and concerns of some members of the public, who understand the extreme pressure the ambulance service is under and are consequently worried about receiving an ambulance response quickly.”

But Mr Flaherty said that he did not believe the poll was a reflection of public satisfaction with the NHS or ambulance staff.

“It rather reflects the fact that people are worried about NHS ambulance services and their ability to deliver the emergency, lifesaving care they and their friends and family may need, as quickly as possible, while the sector faces these unprecedented pressures,” he said.

The 2021 British Social Attitudes survey, published in March, found that public satisfaction with the NHS had fallen to the lowest level in quarter of a century.

“While the public has lost confidence in the Conservatives ability to manage the NHS, they are as committed as ever to a health service available to all, free of charge.”

Matthew Taylor, chief executive of the NHS Confederation, said the Ipsos poll was a sign that, while most people were happy with NHS care and continued to support it, “their confidence is dropping”.

“This will be a big worry to health leaders whose teams are doing everything they can in highly pressurised conditions, including 105,000 vacancies, insufficient buildings and estates, and growing waiting lists made worse by the pandemic,” he said.

“Health leaders are worried that unless the Government faces up to the reality of the situation and provides appropriate support, standards will slip, and confidence among the public will drop further.”

Louise Ansari, national director at Healthwatch England, said her organisation had seen a “concerning spike” in negative experiences, including serious ambulance delays and long waits in A&E for beds, even for the sickest patients.

She added: “We do still hear about how hard clinicians are working, including paramedics staying with patients whilst they wait for an ambulance and A&E staff going above and beyond to care for children.

“But if the current pressures keep growing, we risk hitting a tipping point in public trust, with people losing faith in the idea that the NHS will be there for them in an emergency.”

A Department of Health and Social Care spokesperson said: “We are providing an additional £50 million of funding to support increased NHS 111 call-taking capacity, working to discharge medically fit patients as soon as possible, and investing £1.5 billion to create 50 million more GP appointments by 2024 to avoid unnecessary demands on urgent care.”