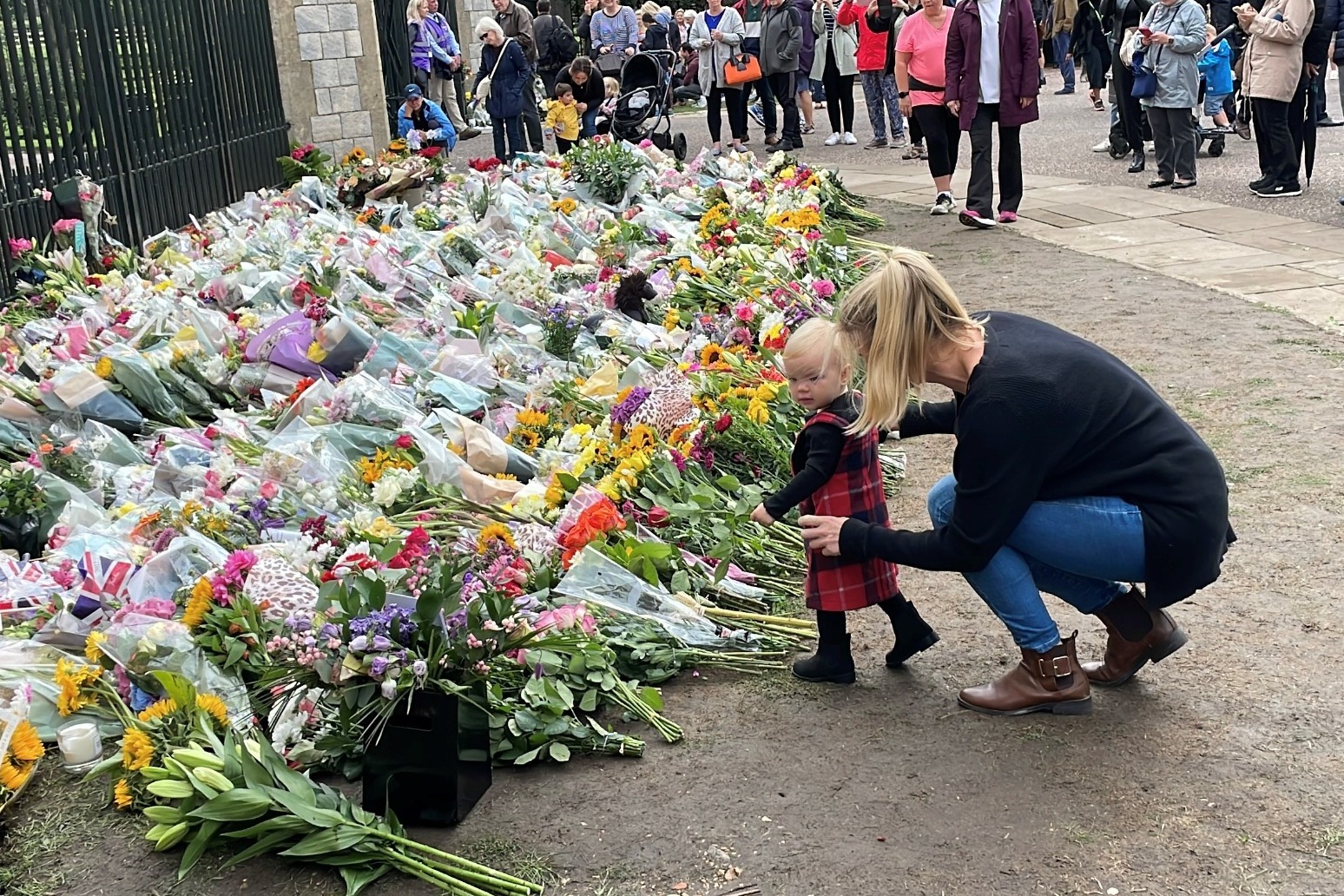 The nation’s new monarch King Charles III has said a period of “Royal Mourning” for the Queen will be observed from now until seven days after her funeral.

Charles is due to return to London later on Friday from Balmoral with the Queen as the first full day of his reign begins.

The couple stayed overnight at the former monarch’s Scottish residence after the Queen died “peacefully” aged 96 at her home on Thursday afternoon.

Members of the royal family had rushed to the Queen’s bedside as her health failed. Her children – the Princess Royal, Duke of York and Earl of Wessex – travelled to Balmoral, as did the Duke of Cornwall and Cambridge, Countess of Wessex and Duke of Sussex.

Senior royals will have duties to perform in Scotland in the coming days when the Queen’s coffin begins its journey back to the capital but Harry was spotted leaving Balmoral on Friday morning.

The Sussexes, who were coming to the end of a whistle-stop visit to Europe when the Queen died, are expected to stay in the UK to attend the Queen’s state funeral, likely be held on September 19.

Tributes continue to be paid to the woman described by the prime minister as the “rock on which modern Britain was built”, with the Dalai Lama expressing his “deep sadness” over the death of the Queen in a letter to King Charles III.

He told the King: “Her reign, as Britain’s longest-serving monarch, represented celebration, inspiration and a reassuring sense of continuity for so many people alive today.

“Your mother lived a meaningful life with dignity, grace, a strong sense of service and a warm heart, qualities we all should treasure.”

The Queen’s former homes of Buckingham Palace, Windsor Castle and Balmoral continue to attract thousands of people wanting to pay their respects to the late monarch.

Buckingham Palace said in a statement: “Following the death of Her Majesty the Queen, it is His Majesty the King’s wish that a period of Royal Mourning be observed from now until seven days after The Queen’s Funeral. The date of the Funeral will be confirmed in due course.

Royal salutes will be fired in London on Friday at 1pm in Hyde Park by the King’s Troop Royal Horse Artillery and at the Tower of London by the Honourable Artillery Company, with one round being fired for each year of the Queen’s life.

Flags at royal residences were at half mast on Thursday and will remain half-masted until 8am on the morning after the final day of royal mourning.

The new monarch is expected to address the nation on television on Friday evening and to hold his first audience with Prime Minister Liz Truss.

The PM and senior ministers will attend a public service of remembrance at St Paul’s in central London.

On Saturday morning, an Accession Council – the formal proclamation of Charles as King – will take place at St James’s Palace in London.

The first public proclamation of the new sovereign will then be read in the open air from the Friary Court balcony at St James’s Palace by the Garter King of Arms.

Charles will hold audiences, and the media will be briefed by the Earl Marshal, who is in charge of the accession and the Queen’s funeral, on the coming days.